In the absence of SJ Skid to make this prediction, this really could be Mercedes year. Rumours through the latter half of 2013 suggested that the Mercedes Power Unit was the best developed of the three available, and if the interweb is to be believed then the Mercedes powered teams will have a significant advantage at the beginning of this regulation period. Add to that the Mercedes recruitment of all available talent over the past 12 months, and even the loss of Ross Brawn may not be able to put a dent in the silver machine. Don’t forget that the last time the rules significantly changed it was this team who not only found but exploited the double diffuser loophole to the best advantage.

In Hamilton and Rosberg they have arguably the best driver line up in the field, and as the only team without a driver change (subject to Marussia and Caterham finally confirming their drivers), they have continuity on their side. The drivers get along, so the team should not have inter-team issues to deal with (just the personal demons that seem to have affected Lewis Hamilton in 2013). Hamilton is a known quantity, and if he can remain positive he is capable of extracting performances beyond the cars’ capability. 2013 showed that Rosberg really is that good, he held his own against Hamilton (winning two GP’s to Hamilton’s one) even if he was beaten in the overall points total.

As one of only two teams responsible for not only the chassis but also the power unit, they (along with Ferrari) should have a head start on the complex issue of packaging the power unit within the car. The new 1.6 litre V6 turbo is a very different beast from the familiar 2.4 litre V8, and will require adequate cooling to the turbo and the energy store if optimum performance is to be found.
The team had the second biggest budget in 2013, and as a result finished second in the constructors’ championship. This team is not short of cash, and with the change in regulations removing one area where Red Bull and Sebastian Vettel excelled (using the exhaust blown diffuser), this is the best chance Mercedes have had to win the championship since their return to the sport. The eveness of the driving talent may mean the driver’s title goes elsewhere, but I can see the constructors’ championship heading to Brackley.

Well I must say I am pretty excited about this team for 2014, and that’s saying something as except for a couple of times “Mighty” Force India as been anemic to me. The main turn of fortunes I see is tied closely to that of McLaren. Force India have had a technical partnership with the Woking team for quite some time now and with the turmoil that the 2014 regulations bring, this will work both ways in terms of development.

No doubt that 2014 is an all hands on deck year and if I were Force India I’d be turning up to every McLaren office party. 2013 started so well for them and showed they have some very good heads in the team, the decision to cut development for the car so early may not have been their decision alone (McLaren were behind them in the standings at that point, pushed or jumped you ask?) but this should be a boon for their 2014 aspirations, they should be showing McLaren what a great asset they are to the big picture and with that be 1st in line for the 2nd Honda team in 2015.

The driver line up for this year is also much more dynamic I think both drivers are talented enough to get the best out of the car. Maybe Nico Hulkenberg didn’t get the plum ride this year but he would be an ideal driver for McLaren and with Jenson perhaps not around for too much longer he could be the lady in waiting for the future of McLaren-Honda, lets hope so anyway as he deserves a shot at a championship team. Sergio didn’t have the most stellar of seasons but a lot can be laid on the 2013 McLaren, I think he did as good as expected and I have no doubt he can get back to show the 2012 season at Sauber was no fluke. All in all a tough call to see who gets it right or wrong but I think Force India have played there cards very well to give them a tremendous opportunity to be the dark horse of the new turbo era. I’m picking them for 5th in the championship with a shot at 4th. 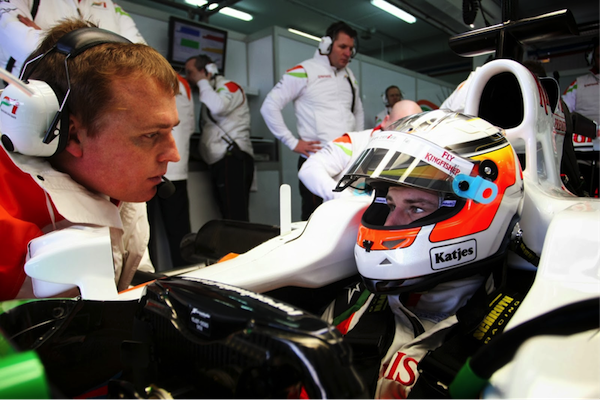