With qualifying for the 2012 Indianapolis 500 complete, the song remains the same for our two former Formula One heroes, Rubens Barrichello and Jean Alesi as it had leading up to the famed Pole and Bump Days at Indy. With a strong and experienced team behind him, Rubens finds himself close to the sharp end of the grid, while his former GP rival will start his very first IndyCar race from the very back. Oddly enough, Alesi probably has the unusual situation regarding his under powered Lotus engine to thank for keeping him in the field at all.

Going into the month of May, the powers that be at IndyCar made the decision that, once enough entries were filed to fill the traditional 33 car Indy starting grid, no more would be accepted. The reasoning behind this was due to the small number of available engines, particularly for the teams using the Lotus lump. Therefore, regardless of qualifying times, no cars would be bumped from the field by another driver’s faster time, so every driver who went out to qualify would be in the filed. “Bump Day”, for this year at least, had lost it’s sheen and this would prove to be very lucky for the two teams using the Lotus powerplant.

With qualifying at Indy now split between two days, the fastest 24 spots are filled on Saturday and the last nine on Sunday. On his first attempt to qualify on an oval, Barrichello slotted into a very, very respectable 10th position with a four lap average speed of 224.264 mph, immediately behind his two KV Racing teammates, Tony Kanaan and E.J. Viso, and ahead of Ganassi’s Dario Franchitti and Scott Dixon, both former winners of the 500. In fact, Rubens was the 2nd fastest of the eight rookies to make the field. The Chevrolet engine that powered the Brazilian took 9 of the top 10 spots, with only the Honda of top rookie Josef Newgarden qualifying in 7th. 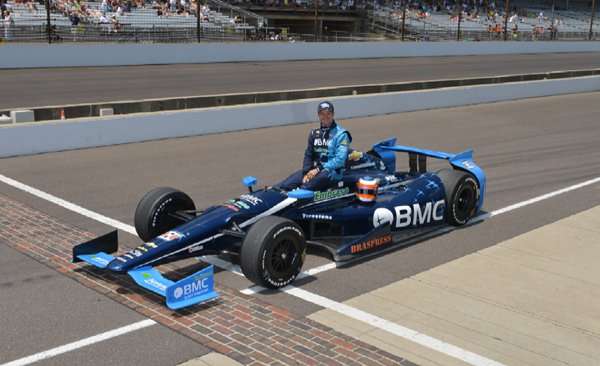 By the time qualifying weekend rolled around, the under developed Lotus would only be represented by HVM’s Simona de Silvestro and the newly formed Fan Force United Team car of Alesi, neither of who made an attempt to qualify on Saturday. 6 of the 9 that would fill the field on Sunday would qualify between 221 and 223 mph (rookie Bryan Clauson, who had crashed his Sarah Fisher Hartman Racing entry in his attempt on Saturday, would qualify his quickly rebuilt car in 31st at 214.455). For the two lotus entries, IndyCar had considered giving them extra turbo boost, as the drastic differences in speed between them and the rest of the field during the practice sessions had proven to be considerable and potentially unsafe. On the issue, Alesi stated that he was concerned for his fellow drivers as he was running flat out, adding that it was a very uncomfortable situation.

The decision was made, however, that any extra power given to Lotus would be unfair to the Chevy and Honda teams who had essentially done their homework. By the end of the day on Sunday, the two Lotus cars would fill the last two spots. De Silvestro was able to manage 214.396 mph, while Alesi’s four lap average was a meager 210.094, more than 16 mph off of Ryan Briscoe’s pole speed. That disparity is even more drastic when considering that the top 30 cars all qualified within 5 miles per hour of each other. Had more entries been accepted for the race, it is doubtful that either of the Lotus cars would have made the filed.

For the race itself, IndyCar’s Director of Competition, Beaux Barfield, has stated that the rule book contains a performance standard in which the entire field must be within 105% of the leader’s lap times. Those outside of the limit will be monitored and may face a possible black flag. If the rule is upheld, the 2012 Indianapolis 500 may not last more than a handful of laps for Jean Alesi, which would be a shame for both the popular Frenchman and his legion of fans around the world. Rubens, meanwhile, is easily in the running for Indy’s annual Rookie of the Year Award. Either way, both are sure to have very memorable and hopefully safe oval initiations on Sunday. 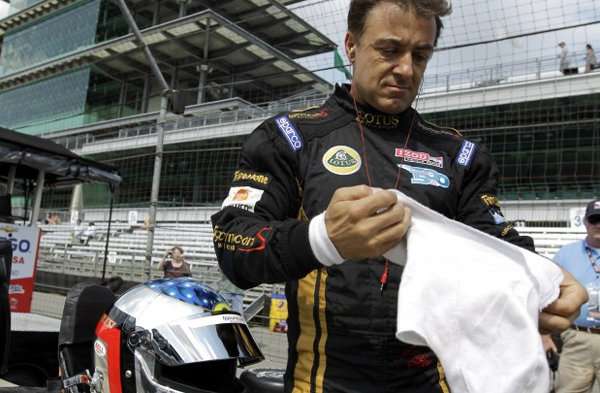