Is there a little light at the end of the tunnel? If you believe IEG, a unit of advertising giant WPP Plc (WPP.L), that is exactly what is happening. In a world of slumping and downright knuckle-dragging economies, it seems that perhaps motorsport sponsorship may be rising in North America. 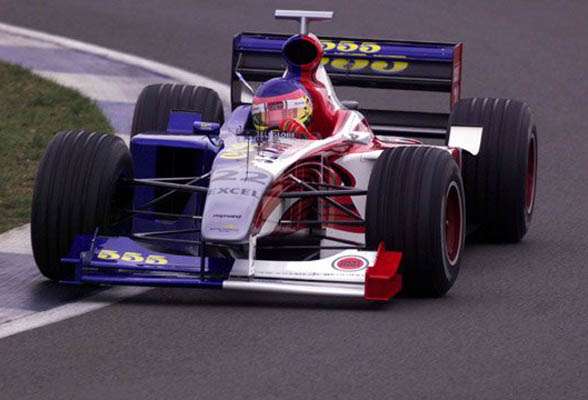 According to Ben Klayman at Reuters, the IEG group predicts a modest increase:

CHICAGO, Feb 9 (Reuters) – NASCAR and the rest of motorsports are getting some good news as sponsorship spending by North American companies is expected to rise 2.1 percent in 2010 after the segment’s first decline in 25 years, a research firm said on Tuesday.

Spending by companies based in North American is expected to rise to $3.37 billion from $3.3 billion last year, according to IEG, a unit of advertising giant WPP Plc (WPP.L) that tracks such budgets. That spending fell 6 percent last year.

However, the expected 2010 increase still trails the expected 3.4 percent boost for overall sponsorship spending and 2.8 percent increase for all sports properties, IEG said.

“The motorsports category has suffered more than many others recently, as its high cost of entry in many cases fell victim to increased scrutiny over corporate marketing expenditures and questions about return on investment,” said William Chipps, IEG Sponsorship Report’s senior editor.

Last year was rough for NASCAR, which has an estimated 75 million fans and is one of the most popular U.S. sports, as lower corporate sponsorship spending forced many race teams to cut jobs and some to merge to survive, while race tracks saw lower attendance.

Among the companies that dropped out of motorsports sponsorships last year were Allstate Insurance, Brown-Forman Corp’s Jack Daniels and Beam Global Spirits & Wine Inc’s Jim Beam, according to IEG. Nevertheless

However, NASCAR CEO Brian France said last month that things were stabilizing for his sport this season, which opens on Feb. 14 with the Dayton 500 race — dubbed the Super Bowl of that sport by many analysts.

This is really good news for drivers in the states. Primarily one could assume that the lions share would be for NASCAR and NASCAR related series but there are some ALMS, Grand AM and other sportscar series needing serious sponsorship dollars. Young drivers like Jonathan Summerton, Brett Smrz, Jeff Westphal, Gabby Chavez, Graham Rahal and many, many others are looking for real sponsors to promote their careers in open-wheel and sportscar series.

Indycar is attempting to rebuild itself and most recently the closing of Vision racing sent shivers down the spine of Indycar teams and fans (it even sparked a war of words from Vision PR personnel and reporters). Indycar needs a serious make-over and perhaps Izod can lead much-needed sponsors back to the series.

There is a certain F1 operation in the States that could use some substantial sponsor dollars as well but I won’t mention names lest I be accused of motorsport apostasy (from which there is no recovery apparently).