Only a week after the World Championship winning Audi R18 e-tron quattro race car’s last run in a race, its successor is ready to hit the track. Tests of the new LMP1 sports car, which has been kept under wraps up to now, commence today on the U.S. race track at Sebring (Florida).

Audi Sport’s new R18 development started in 2012. The roll-out took place in the early fall of 2013. Starting today, the next-generation Audi R18 e-tron quattro is being tested on the race track where all new Le Mans prototypes of the Audi brand have had to prove their worth: at Sebring.

“We’ve reached a crucial stage in this project,” explains Head of Audi Motorsport Dr. Wolfgang Ullrich. “After building the first prototype, testing on various race tracks is now taking center-stage. The tests are mainly focused on achieving high mileage, coordinating the highly complex hybrid drive systems and working out an efficiency-optimized total package that has never before been as complex as this one.”

Audi has won the manufacturers’ and drivers’ classifications in the FIA World Endurance Championship (WEC) for the second time in succession and the Le Mans 24 Hours for the twelfth time this year. 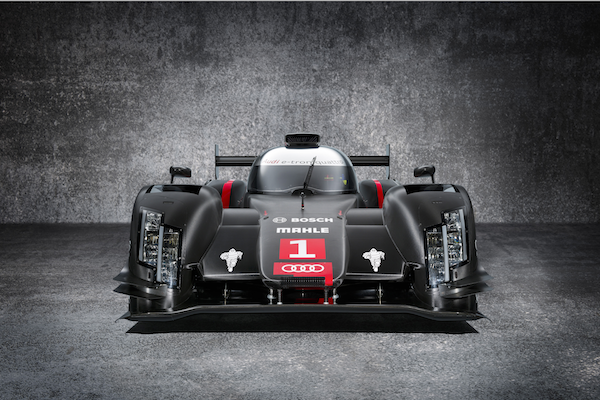 The FIA honored the title winners of the FIA racing series in Paris on Friday night. Head of Audi Motorsport Dr. Wolfgang Ullrich accepted the trophy for the successful title defense of the Audi R18 e-tron quattro in the FIA World Endurance Championship (WEC).

The Audi factory drivers Loïc Duval, Tom Kristensen and Allan McNish were honored as driver World Champions. All three attended the gala evening at Luc Besson’s ‘Cité du Cinéma’ together with their partners – Allan McNish appropriately clad in a Scottish kilt. The runners-up in the World Championship, Marcel Fässler, André Lotterer and Benoît Tréluyer, represented Audi at the FIA ceremony held in honor of the winners as well.

“Our whole squad achieved everything early this year that was to be achieved,” said Dr. Wolfgang Ullrich. “After the success at Le Mans we won both WEC titles and made a very good showing in all the races. We can be very pleased with this season.”

Allan McNish was happy too: 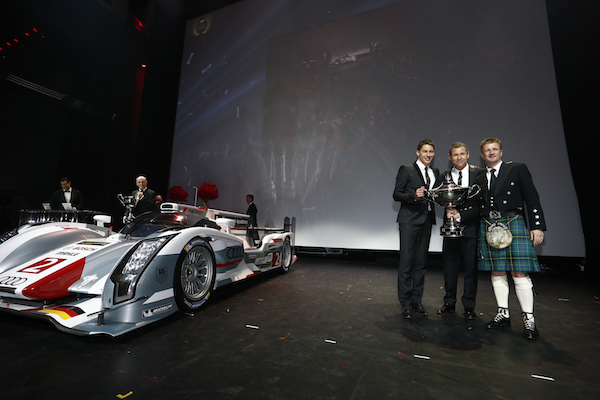 “This was my first full motorsport season with Audi. The Championship win in a season in which we also won Le Mans is an overwhelming feeling.”

Tom Kristensen summed up the season in these words: