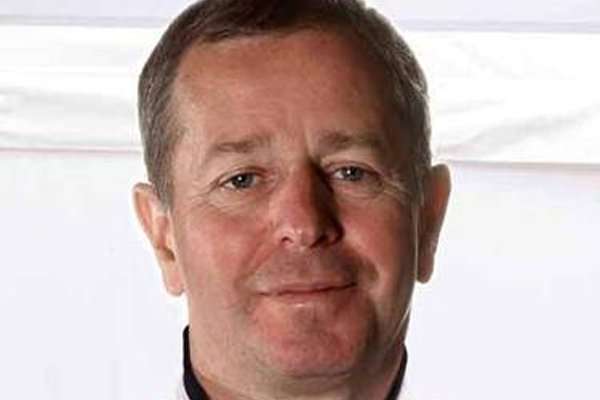 While Americans rest easy knowing that the Speed TV team of Bob Varsha, David Hobbs and Steve Matchett and Will Buxton will carry us through the 2011 season, things aren’t as sure-footed over in the United Kingdom. It seems the BBC have gambled all their money, marbles and chalk on a new look for 2011.

The Mail Online covers the news that Martin Brundle, who we recently interviewed here, will be taking the reigns from Jonathan Legard as the voice of F1. The role will forever be measured by the famous Murray Walker who represented a singular voice in F1 for decades.

Legard had big shoes to fill in the role as F1 commentator and faced stiff criticism for doing so but it seems the BBC have heard to critics and decided that Brundle is their man for 2011. It is also suggested that former F1 driver David Coulthard will now be Burndle’s sidekick in the commentary booth as well. Two former F1 drivers calling the races for the BBC is a new look for the broadcasting giant and as they have inked a new £200m F1 broadcasting deal, having no professional broadcaster at the helm will be a unique challenge.

Brundle’s famous pre-race grid walks were things of legend and he still intends to do the walks prior to the start, then hustle up to the booth for the live commentary. Let’s hope the crowd congestion isn’t too bad or Coulthard will be um-ing and ah-ing his way through the start.

Brundle is no stranger to the commentary box as he represented Murray Walkers co-commentator for years but this new look will find Brundle taking a commanding role in BBC sports broadcasting and should give the fans what they want…a Legard-free broadcast. I have no frame of reference having not enjoyed Legard’s work here in the States so I am reticent to heap praise or derision on the gentleman but I can sy that I have always enjoyed Brundle’s work and the UK should be in good hands in 2011.