I know it’s a bit late for present ideas but I just got done reading the Autobiography of Tiff Needell and enjoyed it so much I thought I’d share.

For those in the US, Tiff Needell may not be a household name but Tiff has shown up fairly recently on US screens as they have started airing the “Fifth Gear” show. Of course his former show “Top Gear” has been a big hit but its rise to popularity in the US came after he had left. 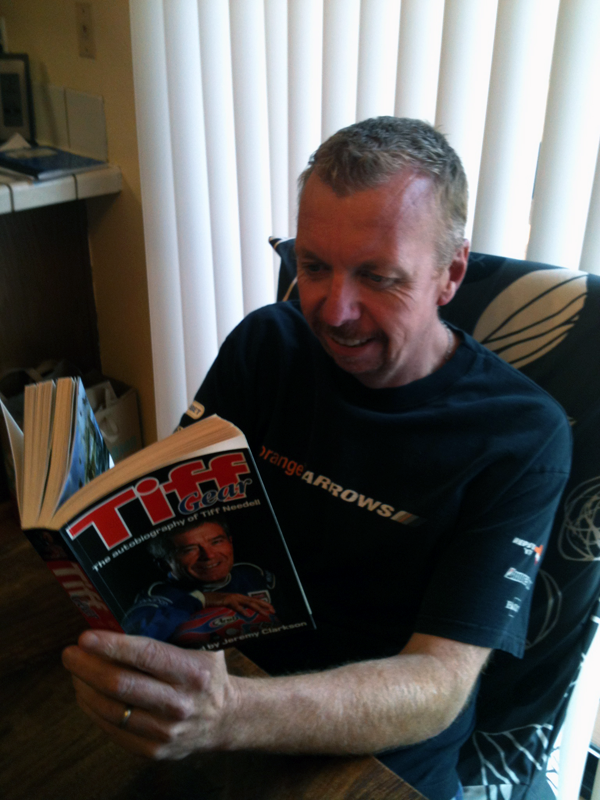 This has predominantly been his claim to fame over the past 15 years or so, but still I see him as a racing driver. As a kid, hanging on the fence of every racing track around England, I have very ingrained memories, as that is where my passion for the sport began. I remember well as Tiff hustled the Union Jack emblazoned Unipart F3 March with his bright orange helmet setting him apart. Now reading the book I find it very engaging to find out what was actually going on.

Now even if you don’t have the memories of his racing career, or you’re not a fan of his TV personality life, I highly recommend this book as it gives great insight into the struggles and the sacrifices and even the huge part that luck can play in the game of “making it” in the racing world.

Getting the oppourtunity to pave a paying career as a driver has always been hard and Tiff’s book explains how things do work for and against you behind the scenes. From F1, Powerboats, Rally, Bikes, Endurance, Touring cars and record breaking speed runs, Tiff has run the gamut on motorsports activities.

His initial 4 years in Formula ford would be a guarantee of being written off as a future star nowadays, (not that this would be a bad thing in the general sporting sense as the art of race-craft is apparently still being learned by guys on the F1 grid and a bit more formative experience is much needed in my opinion, but the fast track seems to be the only track now).

The fact is, he still made it on the F1 grid! after which he scraped and begged and sacrificed to keep his dream alive. Good news is he did get some success and the ability to still get paid speaks to that. The only time sportsmen can be really truthful about themselves is after the competition side has ended and the human weakness of doubt and fear are no longer a chance for others to prey on.

Tiffs book is a joy to read as he is a humorous and engaging person, every driver has their own story to tell but Tiff does it in a very real and honest way, painting you a picture of the life of the nearly successful racing driver and as vivid and as bright as his orange helmet. 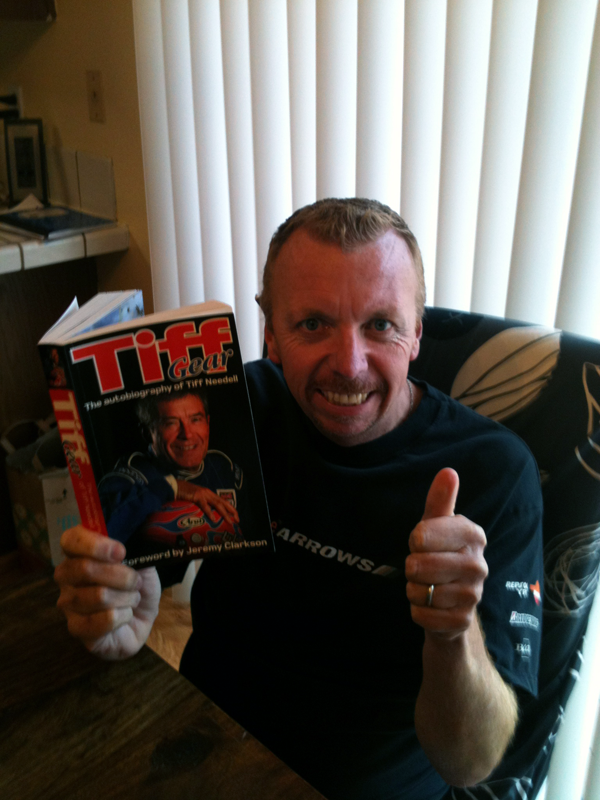