I’ll be honest, there are times in Formula 1 when I think I am taking crazy pills. I’ve often said that I am no oracle but the issues I have been shouting about since even before 2014 are all still here and still hampering the sport.

I’ve castigated the concept of DRS. I’ve bemoaned the heavy reliance on aerodynamics which are being designed to ruin a trailing cars ability to, well, trail a leading car. I’ve called out the overly complex and astronomically expensive hybrid engine as a legitimate team killer and the baked-in advantage that Mercedes has enjoyed for the past five years doesn’t seem to be ending any time soon. I’ve called the restricted fuel flow and MGU-H sound dampening device a bad omen for a once proud series.

The last element that I have been very vocal about is the entire notion of high-degradation tires. It’s not Pirelli’s fault and I’ve been very clear about that but a sole-supplier tender with tires that are meant to degrade quickly has seen the yo-yo cause and effect reaction from the Italian tire maker from too conservative to too dangerous and places in between.

This year, the call was for Pirelli to get more imbedded in the series strategy with softer compounds because last year they were just too hard and too conservative. The hard Pirelli’s were a brief reprieve for me but this year it’s been back into the fire and you know it’s bad when even Valtteri Bottas, a driver for title-leading Mercedes, complains.

“We had to do a lot of management at pretty much every race this season and especially at the last few there have been issues with the blistering,” said Bottas.

“Once we are getting to a certain temperature, we know it’s going to happen at some point, so then we’re just not pushing to go over those temperatures and trying to manage.

“At some places, when it’s hot, in a high energy track laterally, it’s pretty difficult and it does feel at times that you are completely cruising round, which is not ideal.

“You know there’s so much potential in these cars and my thinking is if you do one stop pushing flat out it would be more fun, but that’s the issue for everyone now.

“I was involved in some of the testing for next year’s tires a couple of weeks ago and I’m sure they are pushing flat out and hopefully it’s going to be a bit better.”

Fernando Alonso is retiring from F1 because of the nonsense and he’s offered a slew of warnings to the series. Now Bottas and even Lewis Hamilton have complained.

The fact is, I am not sure who (FIA, F1 owners or teams) will make a decision that come what may, we have got to get the series away from saving fuel, saving tires, saving battery power in order to race by lifting, coasting and basically nursing their cars around during a race, not running in FP1, 2 or 3 if they don’t have which does one thing really well—disappoints fans. 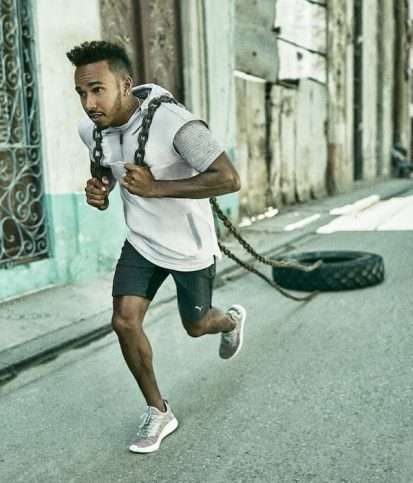 “It takes skill and management to keep the pace up and lose as little as possible whilst still keeping the tyre alive,” Hamilton said.

“If we could keep pushing the whole way and not having rear overheating, that would definitely enable us to follow for longer and race for longer.

“But that’s something that they are constantly trying to battle.”

We’ve had enough drivers complain, enough team personnel complain and the new owners complain. Heck we’ve even had Jean Todt, who rubber-stamped this entire formula, complain. When will someone make a decision? Fans have been complaining for some time and you’d think that the changes couldn’t come soon enough to help Liberty Media restore the series to rude health.

A decision will be made when one of the 4 manufacturers(particularly one that is not routinely winning races) breaks rank and defects to Formula-E over F1. Then, the problem will be declared a crisis and then there will be emergency meetings with Liberty Media, FIA, FOM and the teams.

Thank you, sir. I think F1 has the potential to be one of the greatest visceral experiences in television- but the powers that be have sold out to the idea of consumer ignorance. You have described why I won’t give them an extra dime for F1TV “pro.” But your argument for a “tyre war” is why F2 was sometimes special this year. Atyre war at Tilke tracks would seem irrelevant, though.

Nothing will change until the car companies abandon F1. They hold F1 by the balls, which means they demand a “green” racing series, which means conserving resources, which means lift and coast, and to hell with the fans. However, if F1 and it’s fans can accept that motorsport is not relevant anymore and set aside this absurd fantasy that F1 is on the same level as the World Cup; they can ditch the car companies, ditch the green crap, and make a good racing series again.

We did learn from history. We learnt to build race cars that allowed many of the legends of today to survive to tell the tales to tomorrow’s next generation unlike tragically eight of the people you mentioned who’d of all died in motorsport crashes within the next 20 years of your example. As for the variety, yes I would like to see more engine manufacturers and a tyre war again but races were often decided by two cars on the lead lap and the rest having either retired or several laps down so I’m not sure I’d agree that it… Read more »