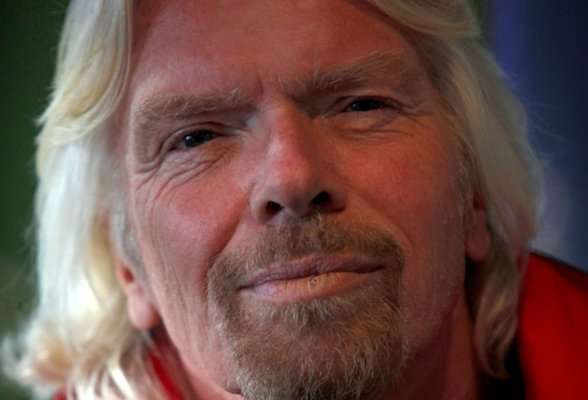 With the cameras all trained on new world champion Sebastian Vettel (or the under-the-spotlight folks at Ferrari — I love the quote from Vitaly Petrov, who said he and Fernando Alonso didn’t speak after the race: “I think he was angry”), you may have missed another subplot play out after the season’s final Formula 1 race:

While Lotus Racing’s attention now turns to the young driver and tyre tests in Abu Dhabi, the team, AirAsia and their counterparts at Virgin Racing are busy preparing for Richard Branson’s inaugural flight as an AirAsia stewardess. In the midst of the celebrations on track last night Team Principal Tony Fernandes gave Richard an AirAsia uniform and pinned an AirAsia stewardess’ badge on the Virgin Racing boss and the two agreed how the bet would be settled.

Tony Fernandes “There has been a fantastic spirit of competition between us and Virgin Racing all season and one of the first people to come and congratulate us on the pitwall was Richard. We have had this great bet running all season and now it’s time for Richard to start preparing himself for some hard work and the likely pain of a pair of high heels! We agreed last night that we will run an online charity auction for the seats on our Kuala Lumpur / London route to raise money for a charity of Richard’s choice and give fans of both teams the chance to be on the flight. The date of the flight will be announced very soon and the aim is to raise as much money as we can for a good cause so the discomfort Richard will go through is worth as much as it possibly can be!”

More details on the date of the flight and how to enter the charity auction to bid for a seat will be announced very soon.

Turning it into a fundraiser is a great idea, and while we can — and probably will — argue about whether HRT has earned a place on the F1 grid, I think it is fair to say that both Virgin and Lotus did well enough this year to be welcomed back — especially as both already are poised to be better next season. (Also, there’s a photo of Branson getting the uniform at the link above.)

So, what will the bids get up to, do you suppose?