Brawn: Mercedes struggling ‘off the pace’

As with most testing there are always caveats. You canâ€™t tell what fuel, tires, or strategy they are running. Thatâ€™s a fair assessment from thousands of miles away on a non-televised session but what about the men and women who are there? Working in teams and watching the other teams pound out the laps and make adjustments to their cars? Can they tell anything?

Iâ€™ve often read that testing tells the teams a lot about their cars as well as something about the other teams as well. Iâ€™ve also read that this is rubbish but I tend to believe team bosses who are there and commenting on their rivalâ€™s performance. In my mind, they watch every lap the other teams do. Not just lap but every sector time. 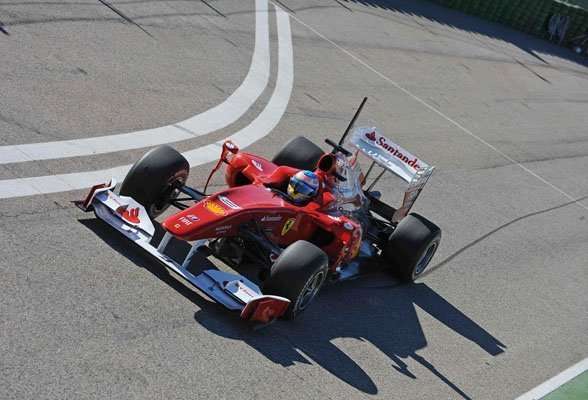 Thatâ€™s why todayâ€™s news is interesting from the BBC. It appears that Ross Brawn, Mercedes GP Petronas boss, has suggested that their car is off the pace from the others. Apparently they know what the issues are:

“On full tanks yesterday (on Tuesday) we didn’t look too bad but we’re a little bit off on pace and (there are problems with) the handling and balance of the car which we can fix for Jerez (testing next week). We know what the problem is.

“Of course the other teams will be progressing as well. We are not as quick as Ferrari and Lewis (Hamilton) looked quick yesterday so it looks like we’ve got a bit of work to do.
“We are cracking exhausts and are having to change those every 150-200km. It’s a problem we can fix but here it’s difficult.

“We’ve got a handling imbalance because we are all learning about these tyres here and we’ve seen straight away some things we want done on the tyres which we’ll have done by Jerez.” 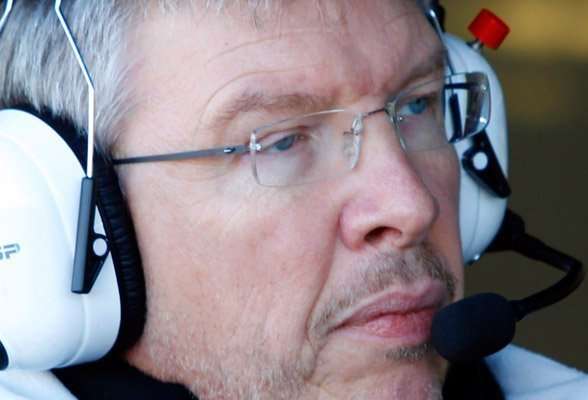 Before we rush to any conclusions, I submit that Brawn is probably correct in saying that they have identified a few issues they need to work on. I think each team could same the same. I also recall the grand smoke screen that the Brawn/Schumacher era Ferrari would always engage in prior to starting a season. They, just like Ferrari today, usually played down their chances and were notoriously know to sandbag their performance in order to keep the competition off balance.

Could that be the case here? This also means that while my trust in teams to know the truth; they may be bamboozled by the sandbagging swagger of the Brawn/Schumacher machine like once before rendering my theory of getting relevant information from testing silly. Ultimately I think McLarenâ€™s Jenson button may be correct. The current world champions told the BBC:

“We can say that Ferrari are fast but we don’t know how fast. You can’t do those times if you’re not competitive.

“We don’t know what fuel they’re running when they do those times but their slower runs with high fuel were still reasonably good. But it’s wrong to talk about who is quick and who isn’t.”

Jerez may tell a little more of the tale as it is a well-traveled track for all the teams and they know the limits and capabilities of the track and track times. This will be familiar ground for them in which to judge their cars and the cars of others. While Fernando Alonso, Michael Schumacher, Jenson Button and Ross Brawn are all being cautious, I canâ€™t help but think they already know more than we fans do and that the selective quotes and downplaying of words is just the first salvo in the world of F1 head games and quiet desperation.