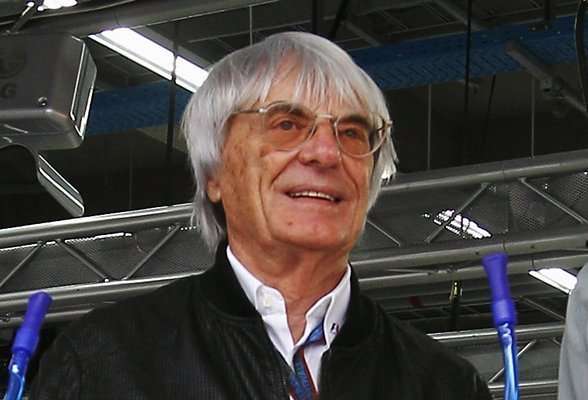 F1 boss Bernie Ecclestone was mugged and hospitalized last night according to the Sun. It seems a gang of thugs were lying-in-wait as the 80-year-old and his girlfriend, Fabiana Flosi, 31, returned home on Wednesday evening around 10:30 pm. The muggers demanded and received Ecclestone and Flosi’s jewelry and set about roughing up the diminutive boss of Formula 1.

Ecclestone was later hospitalized with “minor” injuries to the head and was back at work the next day. The Sun quotes a “police source” as saying:

“There can be little doubt this was a targeted robbery because of who Mr Ecclestone is. “The muggers were callous and showed little regard for the victims. They need to be caught.”

You have to hand it to Mr. E, he’s 80-years-old and took a thumping from thugs and still goes to work the next day. Here’s the dichotomy, Bernie makes the tabloids for returning from a date and getting mugged by thieves only to return to work the next day…his friend Max Mosley could learn a thing or two from the billionaire.

Before you go spreading rumors, F1B’s Andrew Middlemore was no where near London nor was Laura Marieee…although I cannot say for certain that our own Mark Hallam may or may not have been on some cloak-n-dagger mission but that’s just pure speculation.

Good thing Bernie is okay and I am glad he only faced minor injuries and is back at work. Way to go Bernie!

2
Great show as always. Since Haas are having another atrocious ...
1
Hi there, just discovered your show and liking it a ...
1
So correct me if I’m wrong here: Formula 1 wants ...
1
I can’t see it happening, Papa Stroll is a business ...
1
F1 has the rule to differentiate it from all the ...

TPF Podcast Mailbag
Aug 11, 2020 by Erik van Klinken
Hi there, just discovered your show and liking it a ...

Race Report: Verstappen beats Mercedes…
Aug 9, 2020 by Negative Camber
Here is a quote from Ferrari boss. Things are not ...