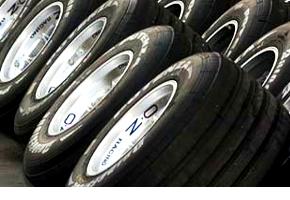 Bridgestone’s director of motor sport, Hirohide Hamashima, has explained his thoughts on why the recent gains by McLaren and then subsequent gains by Ferrari over the last three races may have to do with the MP4-23 and F2008 characteristics and how they use tires.

It is believed that Ferrari suffer from understeer and McLaren have oversteer. The two conditions have different affects on the tires and may play a large role in the championship. Hamashima told Autosport:

“Basically the Ferrari has more of a tendency to understeer than the McLaren, The McLaren is a little bit oversteery. When the tyre has good grip, the car with the oversteer tendency will be quicker over a single lap than a neutral or understeering car.

“But when you think about racing conditions – especially with the temperatures we had at the Hungaroring â€“ then an oversteering car will have heat generating at the rear much higher than the understeering car.

“Looking at Hungary and (Lewis) Hamilton’s car behaviour, after a few laps he struggled with oversteer – so he was making lots of counter-steering movements. On the other hand the Ferrari had a good balance after a few laps.

“That’s why the temperature is making a difference.”

2
Here’s a quandary: If Hamilton was a lap down when ...
1
Zing!
1
That would be hard to quantify I would suspect. Difficult ...
1
Yeah, I have heard that before too and I wonder ...
1
On the surface it would appear that Honda may have ...

Imola GP Review | The…
9 hours ago by Fabio
I didn’t know Flavio was working with Mercedes!

Race Report: Verstappen wins Imola…
17 hours ago by Negative Camber
indeed. he did not hit the wall :)

Imola GP Review | The…
17 hours ago by Negative Camber
Zing!

Imola GP Review | The…
21 hours ago by G Brown
Surprised no one has praised Bottas for his quick thinking ...

Race Report: Verstappen wins Imola…
22 hours ago by Wayne R
Yes, you’re right, if the race had not restarted, how ...