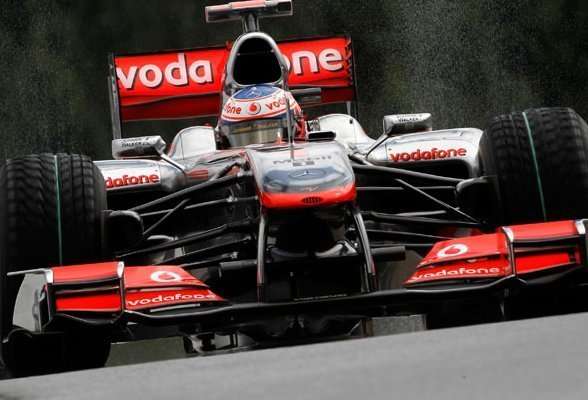 McLaren’s prior — and pretty successful — experience with its KERS system should give the team an advantage over Ferrari and Red Bull next season, Jenson Button says on a team webcast.

How does he know? The KERS McLaren cars in 2009 kept speeding by him at the start of races.

Mercedes and Force India also should have an advantage from Mercedes’ experience with the system.

At the very least, KERS adds a twist to things next season. It certainly is something that isn’t in Adrian Newey’s bag of tricks, but it will need to be, I’d think, if the team wants to defend its titles in 2011.

Do you think KERS will upset the order on the grid? How will Red Bull and Ferrari handle the technology? Ferrari had some success with it in 2009, but not as much as McLaren. And I don’t think Ferrari looks at that season with particular fondness.

I do have to admit I’m curious how Michael Schumacher comes to terms with the technology, as well.