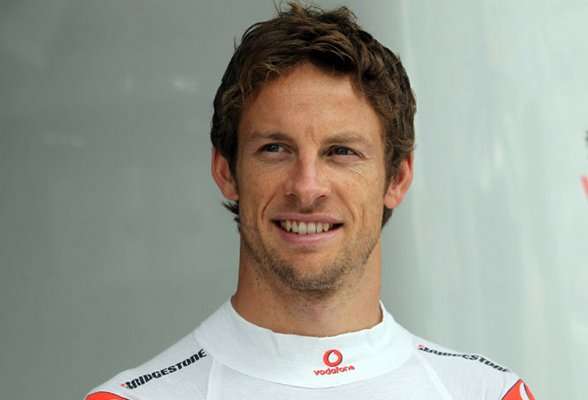 It wouldnâ€™t be the Brazilian Grand Prix if someone wasnâ€™t leveling a gun at someone else. This year it seems McLarenâ€™s Jenson Button is this unfortunate victim in an attempted carjacking as the driver left the Interlagos circuit for his hotel.

Traveling with his father, John Button, manager Richard Goddard and physiotherapist Mike Collier, the current world champion was approached by armed gunmen with automatic weapons. According to Reuters Alan Baldwin, the perpetrators were not carrying handguns and approached Buttonâ€™s armored Mercedes while sitting in traffic.

“I noticed one of the guys had a big truncheon and then someone shouted ‘One of them has got a gun’,” he said. “And another one seemed to have a much bigger weapon.

“The guy pulled the gun out and someone else pulled an even bigger one out and they came running over towards the car. We told the driver ‘Go, Go, Go’.”

The driver had hit several other cars as he forced his way through the traffic to safety, Goddard said.

“Thankfully the Merc was bloody strong and we had a police driver. If we hadn’t it would have been potentially a very nasty situation … they certainly weren’t carrying handguns.

Thankfully no one was hurt in the incident and Button and crew are fine. I guess these guys were still a little sore about button beating hometown hero Rubens Barrichello to the title last year huh? McLaren said they provide these magnificent armored Mercedes for transport and that great but if you really wanted to be safe, maybe a rusted out Toyota with Button hiding in the back seat?