Today, we are honored to have with us Jeff Lacina, Director of Marketing, Communications, and Road Course Operations for Heartland Park Topeka. Heartland Park has had a difficult decade, but now under new ownership, the race track is poised to return to being a premier destination for all forms of motorsport. Jeff bring some serious racing clout to the table, being a long-time racer and motorsports journalist before accepting his position at the New Heartland Park Topeka.

Jeff began running gymkahana-style events in the early 80s while simultaneously starting his journalistic career writing his first free-lance automotive article for Super Ford magazine. He soon became a member of the Iowa Region SCCA and wrote for the Ford Truck PR on the 50th Anniversary of the Ford F-Series pickup trucks through the eastern-Iowa PR agency he worked for at the time.

Jeff has set a goal for himself to drive one new road course every year after. His journalistic career continued to develop as he covered the automotive industry for Successful Farming and Better Homes & Garden magazine. Soon he moved from taking driving schools in the early 90s to instructing beginning at Heartland Park Topeka in 1997. By the early 2000s, Jeff had started his own driving academy, Track Guys Performance Driving School based at the Mid-America Motorplex in Glenwood, IA which led to his involvement with the Ford Special Vehicles Team as both a performance driving instructor, including getting to instruct Henry Ford III, and writer for Ford’s SVT Enthusiast magazine. 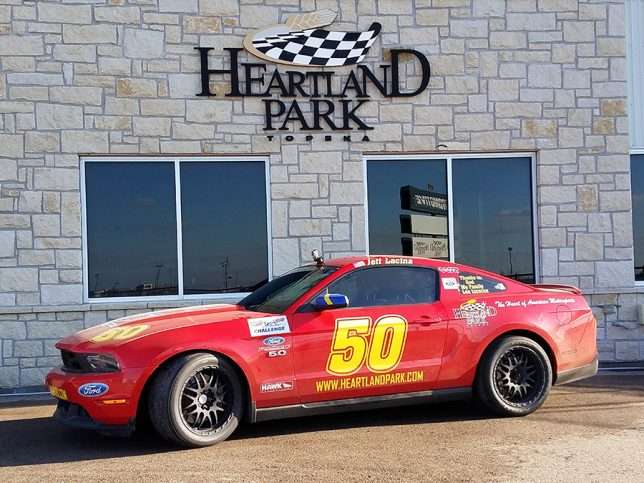 So far, Jeff has driven at 80 different race tracks, and looks forward to making that 100 before he hangs up the driving gloves. All of this experience and enthusiasm is exactly what the revitalization of Heartland Park Topeka needs.

Previous articleFerrari letter to FIA prompts scrutiny of FRIC, suspension tricks
Next articleIs it ok to disagree with Claire Williams?