Can Google, Apple save F1? Let’s hope not!

When you try to compare the World Endurance Championship (WEC) and Formula 1, things get a little difficult because they are two different racing series with different purposes, technology, cars and goals. It is, however, hard not to look at the resurgence or new renaissance of the WEC and current sports car racing without exposing F1’s lost plot. 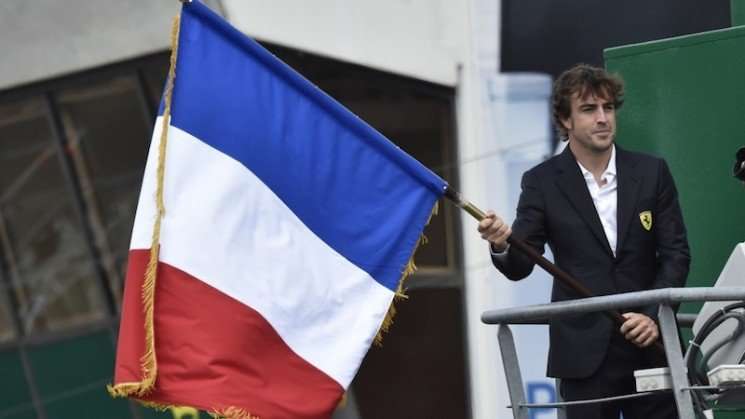 F1 will always remain the pinnacle of motorsport but this year’s new regulations, good intentioned artifices or constructs and power units have left a large swath of fans either finished with the series or on the cusp of finding something else to do with their already strained time.

Whether the current social media, mobility options or methodology in content delivery remains strong or even grows stronger, the fact is that consuming information and content is now creating a series of issues for consumers. Timeline fatigue, information overload and the social and behavioral impact that has on the person are starting to surface and many sports, not just F1, are battling on a new playing field in order to gain the attention and eyeballs needed to justify themselves or in F1’s case, the $12 billion valuation the owners seem to think accurate of the series.

It may not be worth half of that if they don’t get their house in order and Ferrari’s Luca di Montezemolo has called for a meeting of the minds, stakeholders and players in F1 to gather the week prior to the Italian Grand Prix at the office in Maranello. AUTOSPORT has the call:

“It is natural for Ferrari to exercise a proactive approach and discussions are ongoing at the appropriate levels,” said Ferrari spokesman Renato Bisignani.

“There is a need to act collectively with the sport’s key stakeholders and to reflect on the bigger picture, with constructive critics in the interests of the sport, with an eye towards technology and another one towards the show.

“Formula 1 has been built over the years into a unique marketing and sporting platform and it must now consolidate its ability to attract global sponsors, engage with fans and make racing more exciting.”

Some may accuse F1 of dragging its feet on offering content for mobile devices, content free-of-charge on YouTube or any other content it currently owns. In a world where everything on the internet is deemed free, F1 has not built a marketing and sporting platform that is free for the masses born on the back of social justice and equality. It is, after all, a for-profit business making their current Social Responsibility message a little ill-placed.

It also wasn’t designed to be leading the social media charge and more often than not, it seems to avoid this new medium and could be accused of being content-delivery agnostic. I happen to agree with them in this position.

Who invited Google? Is Bernie a “Glasshole”?

That isn’t to say they shouldn’t look to new content delivery methodologies and strategies that could play into F1’s character…whatever that is these days. As the story reveals, Luca is keen to invite Google and Apple to the meeting too. Fair enough but I’m not convinced that is needed if I’m honest. More Google or Apple is not necessarily a positive thing unless you’re hitting them up for a sponsorship role in F1. Asking them to solve your content delivery issues or at least aid in the brand-building is not a compelling carrot for them unless you’re willing to pay millions of dollars for their blessings.

F1 knows what it needs to do. They need look no further to the balance across performance, technology and class derivations in the WEC to understand how to properly balance their inter-team competitiveness. Distributing more TV revenue back to the teams through a better distribution scale that would assist smaller teams in remaining in the series even when the big manufacturers come and go would be very helpful and engage the fans on a Human to Human level.

Oh how cute, they have a blog!

Their impact, not completely, could and does start at blogs such as this one and others like it. We’re one voice of many and there are other blogs out there that do a much better job of it than we do but what we, and much better sites, do is build communities of fans and engage the sport. F1, sponsors and other potential brands have missed it because they are still looking at CPM click-through metrics trying to discern monetization instead of human community and opinion sharing which creates empathy for each other and the sport. Hello? Is this thing on? Testing…1, 2, 3.

When I started F1B back in 2005, I didn’t set out to build a fan site for F1. I set out to build a racing community based on Decorum & Civility. It isn’t everyone’s cup of tea and I have the hate mail to prove it but I find that most people appreciate the collegial tenor of the site and we’ve enjoyed creating it.

F1 is missing that concept. I get emails practically every day asking for us to run a story or promising bespoke content if we’ll cover their brand and story for free. Marketing companies have approached blogs in a ham-fisted manner that patronizes them and preys upon their niche nature by shedding a little corporate attention making bloggers feel special and getting traction for free in return. That is where the industry is now and it is a horrible narrative on what marketing has become in the “digital age”.

The answer to F1’s problem doesn’t need Google, Apple or Microsoft. It isn’t an infrastructure issue or “younger” fan issue. It is a war that includes competitive sporting series, time and attention spans. When F1—and even NBC Sports to an extent—continues to skim the surface of F1 by creating “seeker sensitive” broadcasts and content, it does nothing to bring fans into the deep end and get them emotionally and empathetically hooked. It did for Baby Boomers and even Gen X but it isn’t for Gen Y’s and dare I even mention Gen Z’s. You don’t need Google to tell you that. If you thought F1 had enough tropes, baubles and constructs, imagine F1 Google or Apple style…good grief!

Simple question, what’s the ideal video length if you want to get your youTube video to go viral? Some say under 5 minutes. The answer? It doesn’t matter because when you create really good, compelling content, people will sit for 30 minutes if they are enjoying it. Life may seem to be parsed to a point that we live at 140 characters at a time but it doesn’t work that way. Mercedes domination didn’t just happen this year regardless of what tweets you read. It started in 2009 with Brawn GP and the Mercedes engine supply deal and the departure of that engine maker from McLaren’s ownership position.

Best to disruptive to good…er, reverse that

Real life has its immediacy but true life has its evolution and that is what F1 is missing. They’re missing the evolution of the series through well thought-out planning and most importantly a great product—which they have dearly lost. They lost their status of having the best product. They’re not a disruptive product and they are now at risk of losing the position of simply being a “good enough” product.

Juxtapose that with the WEC—you went form a “good enough” product that has now become a disruptive product and could be on the cusp of becoming the best product in racing. At this point, I might prefer if they would put all the F1 drivers in Karts next week in Austria and that would be awesome to see. A much better balance of man and machine for sure—and it would sound better.

It’s too bad Luca didn’t invite me to this meeting because I’m relatively confident I could help sort this issue out but then I’m sure Google and Apple will provide all the answers F1 is looking for right? F1 needs to go viral, it needs fans to become Google Glassholes and it needs to get a better app for their iPad. Spare me…it needs better racing and the rest will sort itself out. It needs better Human-to-Human engagement and community-building and it needs to gain empathy, not just attention. How is possible that marketing companies are missing this? Am I taking crazy pills over here…don’t answer that.