Lotus F1’s Kimi Raikkonen has a lot on his mind. His DNF at the Belgian Grand Prix ended his successive points-scoring record at 27 races. Rumors are still swirling about where he might be in 2014 and which team he will call home. Then there is Monza.

Raikkonen has won 20 races and a world championship but he’s never won at Monza. It’s not an easy track to win at and tragically it has claimed the lives of some of Formula 1’s greatest such as Alberto Ascari, Wolfgang von Trips, Jochen Rindt and Ronnie Peterson. The speeds achieved at this historic circuit are some of the highest on the F1 calendar and the chicane as well as the parabolica are always hair-raising. 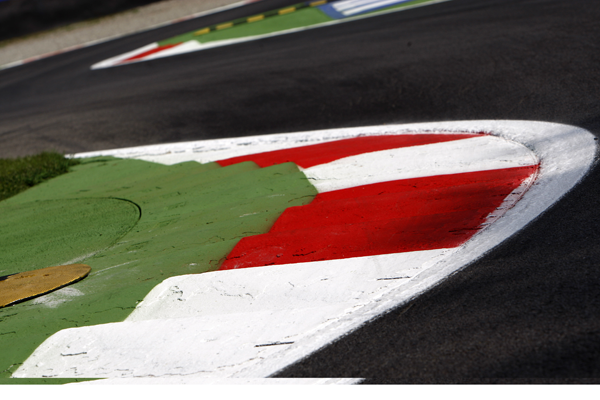 For Kimi, it’s another day at the office and he’s not convinced his lack of a win at the Historic Autodromo Nazionale Monza is any sign of his inability to conquer the daunting circuit:

“It’s true that I have never won in Italy. For one reason or another things just haven’t worked out for me, but it doesn’t mean I can’t drive the track. Just because I have not won at a circuit in the past it doesn’t mean that I won’t win or get a good result there in the future. It is true that I have previously had some very competitive weekends there – once or twice I have been close to the win – but something has always gone wrong. Hopefully we will have a real chance to fight for that victory this time.”

Monza is the home of the Tifosi but as our own SJ Skid told us, the Raikkonen fans are thick as thieves in Italy as he attended the race and witnessed a sea of Finnish flags and Raikkonen fans. The atmosphere at monza is like no other and the sea of fans under the winner’s podium ebbs and flows like an ocean of red during post-race ceremonies. Kimi explains:

“It’s a historical place with a unique design where we achieve very high speeds. It’s a real challenge for everyone to be running so fast and a really good feeling in the car. It’s the home of the Tifosi and there will be a lot of Finnish fans there too. The atmosphere is just out of reach for every other Grand Prix. It’s great to go there with everything working well in your car and see how quickly you can go. It’s
the place where we go really, really fast.” 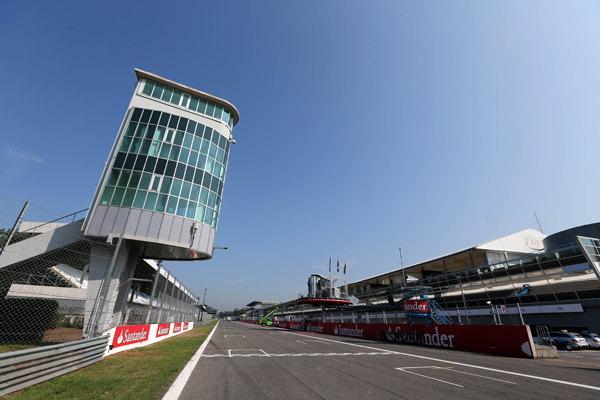 “Monza always gives a great challenge. It’s so different compared with the more modern circuits as the layout means the car needs to be set up differently. To go fast at Monza you need a car that is good aerodynamically, stable over the kerbs, and has a strong engine as we are using full throttle for most of the lap. I think we should be pretty good in those areas, but we won’t know exactly how good until we get out on track.”

If he has any chance to win at Monza, it won’t be for a lack of driver skill. It most likely will be the Lotus F1 E21 chassis and its low downforce performance:

“It’s a unique circuit with the high speeds achieved there and everyone will be running the lowest level of downforce we see all year. Low downforce has not always been the best for our car, but the factory has been working hard to get more speed and stability for us with some changes to the car. Let’s wait and see how the car goes on Friday morning and then we’ll have a better idea of what can be achieved.”

At 3.6 miles long and 11 turns, the lap record is held by Rubens Barrichello in a Ferrari back in 2004 with a 1:21:046 time. The circuit of old had the famous banking so instantly recognizable by F1 fans. The track was officially opened on 3 September 1922, with the maiden race the second Italian Grand Prix held on 10 September 1922 and claimed its first victim, Fritz Kuhn, during practice for the grand prix. 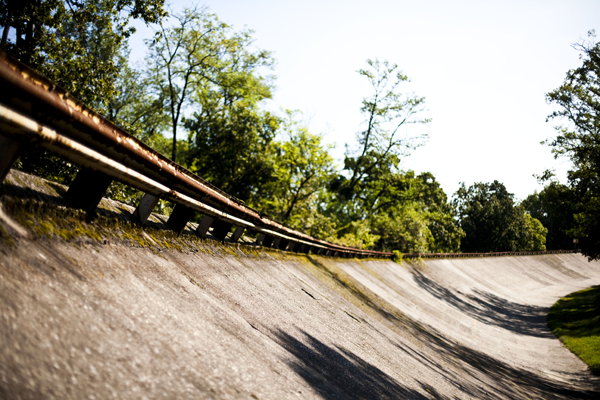 The circuit has been modified several times and the banking removed altogether after claiming the lives of 52 drivers and 32 spectators since opening. While safer, that doesn’t mean the circuit is any easier. The Lesmo’s, parabolica and Variante Ascari all require precise and outlandish skill in today’s Formula One car. With speeds of 210mph, the throttle is used the most at Monza but brakes are crucial…especially in turn one.

Turn one is the hardest braking area of the circuit. The initial speed into the corner is 338 Km/h (210mph). The drivers are on the brakes for 2.65 seconds and generate 5g’s during deceleration to a manageable 89 kKm/h (55mph). The braking power is 2,837 Kw and the maximum pedal load is 160Kg (352lbs). The hardest braking point on the calendar requires 148m (3,700 ft) to slow down. It may be located in one but this race is no walk in the park.