There’s an old aphorism that goes something like this, the road to hell is paved with good intention. In this case, who can fault Starbucks for trying to be part of the solution over racial diversity and worse, racial violence? Hat tip for trying to open a dialog via the hashtag #racetogether. It’s a fair attempt at dialog but no one at Starbucks is suggesting that this is the only initiative needed or desired to approach diversity.

The campaign has been met with mixed reviews and in some cases outright mocking. Even strong proponents of diversity dialog and sensitivity are not quite convinced of the campaign.

Regardless, that’s not why I’m writing about this hashtag. No, I have an idea. You see, sometimes hashtag activism falls by the wayside leaving a digital graveyard of disowned and unused hashtags pushing up daisies. #narwhal

I’m not sure why Formula 1 hadn’t thought of this hashtag before but should Starbucks not gain ground and fold shop on their #racetogether campaign, I think it would be a great hashtag for repurposing to F1.

You see, we have our own issues going on over here in F1 and that’s the domination of Mercedes. Now, last year the team said they would allow teammates Lewis Hamitlon and Nico Rosberg to #racetogether and for the most part, it seems like they did although I might argue that post-Belgian Grand Prix that was less the case as Rosberg chose to overdo the #racetogether spirit of the damn thing.

So this year seems to be another Merc one, two and we should coopt the hashtag in order to send a message to Mercedes and F1…#racetogether. There’s a double meaning to this as well, what F1 fans would really like to see—and even Hamitlon has eluded to it—is the teams all #racetogether. It would be much more entertaining if Ferrari, Williams, McLaren and Red Bull were all fighting for wins.

So this repurposed hashtag could easily be used to send a message to F1 that the current specifications might be fun and technologically advanced but they haven’t worked in closing up the field and providing close racing…#racetogether.

It’s just a thought but maybe we could start having conversations with our Barista’s about the MGU-K’s, drag coefficients, tokens and development, and possible solutions that would improve F1. I think we’d get a lot more traction with the coffee maker behind the movement. Who could mock #racetogether in this F1-related context? Isn’t that what we all want? A dialog with a barista about racing and close racing at that?

Imagine me and my barista, Huxley or Atticus or whatever his name is, tweeting away #racetogether as we discuss ways in which F1 could, actually #racetogether. Right after we talk about his cool beard, gauges and ink of course. 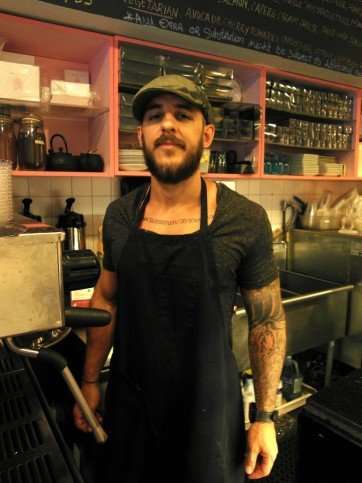