Formula 1 has been accused of many things of late and I’ve been on that bandwagon, right along with others, with lots of opinions about what F1 should do and not do and be and not be. One thing that cannot be said of F1 is that it is always a money loser in terms of marketing, brand awareness and sponsorship investment dollars.

Mercedes won the 2014 world championship and in January they had a record-breaking month in sales with a 14% jump led by US, Europe and China sales. In the US alone, 24,619 cars were sold which represented an 8.9% gain.

So has Mercedes AMG Petronas achieved what they wanted with their F1 title and increase in car sales? While the report doesn’t suggest that F1 played a key role in the increase, it certainly couldn’t have hurt and it wasn’t lost on me in Detroit that the FIA Championship trophy was proudly displayed next to a Mercedes F1 car. 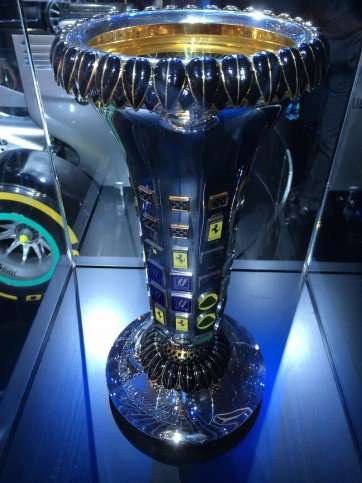 If F1 is seen by 500 million people worldwide, then surely Mercedes hogging much of the F1 limelight and TV time hasn’t hurt build an awareness and desire for the car makers in Stuttgart and it is an appealing part of F1 that will hopefully see more sponsors darken the doorways of the other teams or at least lure more manufacturers to the sport.