Ethan Gibson of EAG Create reached out to me with an incredibly kind offer for one lucky Patreon supporter of The Parc Fermé.

As it turns out, Ethan is an artist and has a growing business in the motorsport art world. His intent was to “Capture the speed, elegance, and thrill of Formula 1 in your living room. EAG Create is an Online Art Store, with specially curated motorsport pieces of high quality art.” 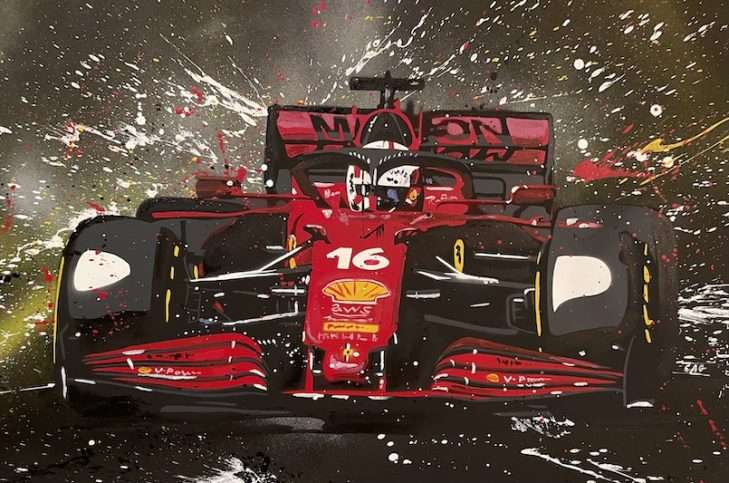 It all starts for Ethan in Italy:

“I grew up in the US but my family is Italian. When I was 14 I went to my grandparents 50th anniversary in Italy. It was right around the time of a Grand Prix and at the reception everyone was glued to the TV as they watched Schumacher in the Ferrari.” Ethan said.

“There was a buzz in the air I’ll never forget. I took a liking to it and over the years really became a huge fan of Ferrari and Formula 1 in general. I’ve been an artist for most of my life and eventually my passions crossed paths. I started painting Formula stuff against my wife’s wishes.” 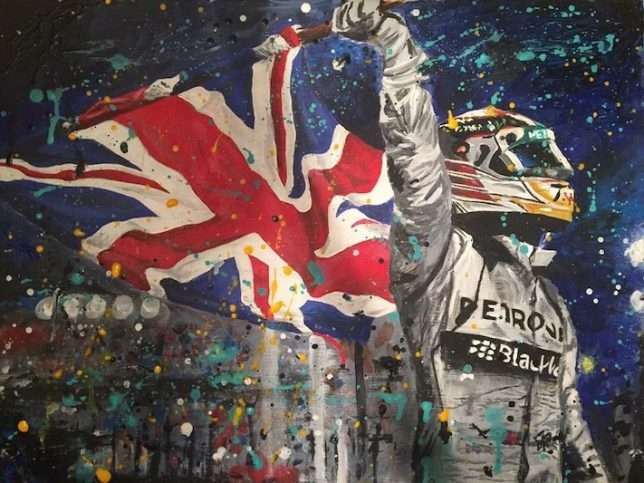 In case you were wondering, Ethan is also a fan of The Parc Fermé Podcast as well, “I’ve listened to your show since about 2014, and it’s been great.”

Ethan reached out to offer a signed original painting for one of our Patreon supporters. So we had a drawing and picked from the magical TPF sorting hat and I am elated to announce that the winner is:

Illya Eliades (aka, jiji the cat…who is one of our fantastic Patreon supporters in The Great Southern Land down under…you know how we love our Aussie friends!).

If you’d like some fantastic motorsport art for your office, home or as a gift for that motorsport fan in your life, check out Ethan’s work here. He also does commissioned artwork so if you have that perfect image of Lewis Hamilton that you want for your living room or a nice portrait of Teo Fabi for your office, and who doesn’t, then Ethan is your guy! Heck, I might have him do a portrait of my favorite sporing manager, Paul Charsley, for my office. ;) 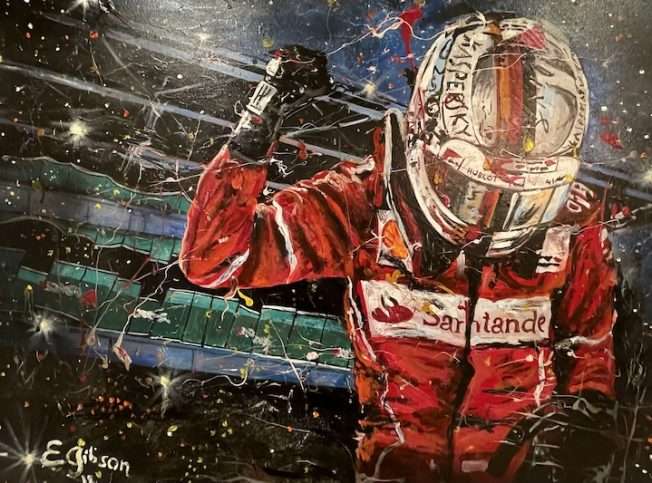 Wow!!! That is so cool! Congratulations to jiji the cat and kudos to Ethan on the amazing artwork! ~X8

He does a great job and what a generous gift to help us support our Patreon supporters who make all of this possible. We are so honored to be a part of Ethan’s graciousness.

Thanks! I appreciate it and it’s my honor to be able to help the community. TPF, thanks!

I’m so glad you’re receiving this! I will be shipping it out next week and will update you! TPF is such a great community!