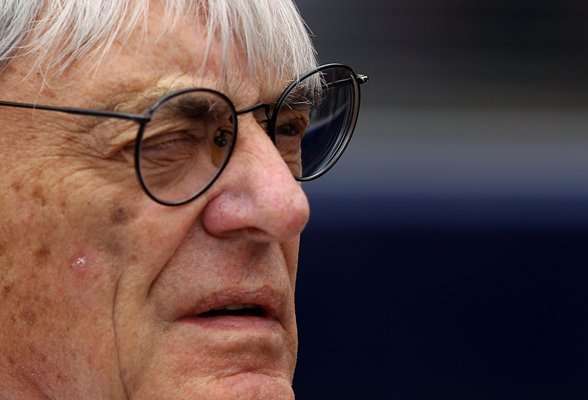 Never one to mince words, F1 boss Bernie Ecclestone took a swipe at Jenson Button and Sao Paulo critics according to the Telegraph. Following a harrowing robbery attempt on Jenson Button and his entourage Saturday night, it was also learned that members of the Sauber team had been held-up later that evening. The Telegraph also reports that some photographers had their camera equipment taken from them as well.

Letâ€™s face it, it seems that every year there is some event of skullduggery and thieving when the F1 circus comes to Brazil. Williams F1 had their laptop computers stolen, Lucas di Grassi was removed from his expensive watch and reporters have had guns leveled at them. Itâ€™s a recurring theme that was put before Ecclestone:

â€œI have been coming here for over 40 years,â€ Ecclestone said dismissively. â€œI have walked around, driven, been out in restaurants in the city and never seen or heard anything threatening. Iâ€™m as safe here as anywhere in the world. How many of these incidents get reported to the police? Very few.â€

Fair enough. Perhaps Ecclestone is not as conspicuous as the others or maybe he has better security or perhaps heâ€™s a cunning street-smart guy with all the right movesâ€”hard to tell but Iâ€™m betting on the latter.

Ecclestone also offered this pearl of wisdom as to why Button and others were targeted:

â€œI think they look for victims who are not too bright,â€ Ecclestone said. â€œAll the people who have been robbed seem to be people outside the top 10 of the grid. Maybe thatâ€™s what they target, I donâ€™t know.â€

So thatâ€™s it! You have to be bright, sensible and in the top ten to not get attacked? I think, and this is pure speculation here, that Ecclestone meant that the thieves/robbers look for people mid-field that are not extremely high profile. People like Alonso, Hamilton, Vettel and Ecclestone himself are massively high profile and are difficult to attack as they have big security and protection. They look for people that have something they want but are not in the bright lights of fame and may not have the security measures around them that Alonso or Hamilton would.

That theory is okay at some level but Button is the current world champion and most likely has the same security measures as Lewis Hamilton. Iâ€™m guessing on that but it seems feasible as they are within the same team. Either way, it doesnâ€™t come across that glowing for Button. Ecclestone also marginalized the event when asked about it by Speed TVâ€™s Will Buxton saying that heâ€™s numerous versions of the story and the would-be assailants were probably just trying to sell Button a hat.