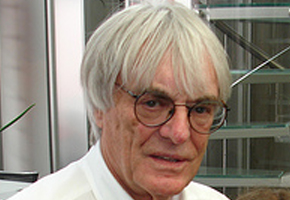 This is a very impressive piece of word-smithing.An example of how PR should be handled and why Max should step down. Even the venerable and magnanimous Bish could learn a thing or two from this. Notice the creative use of the word “respected” president and “robust and stable framework”. Very nicely done Mr. E Very nicely done.

To all FIA Club Presidents

The FIA President wrote a letter to you on 16 May 2008 (the Letter) in connection with the FIA Extraordinary General Assembly called on 3 June to consider allegations published about his private life.

The Letter makes statements that could lead to misunderstandings and inaccurate conclusions being drawn. We, the Formula One commercial rights holder (the CRH), are writing to you to ensure that you understand our position on matters raised in the Letter insofar as they relate to Formula One.

The CRH and the FIA

We support the FIA and recognise that it is, and should remain, the sole body governing International motor sport which governs the sporting organisation of the FIA Formula One World Championship (the Championship).

We recognise the obligation conferred upon the FIA by you, its membership, to safeguard its authority over all safety, sporting and technical matters relating to the Championship, as well as its traditional values.

We support and concur with the requirement of the European Commission that regulatory functions relating to international motor sport be separate from the associated commercial interests and that the FIA’s role in Formula One should be that of the sporting regulator, uninvolved in its commercial exploitation.

We believe it is to the benefit of Formula One that the FIA should have a transparent and robust governance structure and that it should discharge its regulatory responsibilities in a fair, impartial and non-discriminatory manner, without external influence or interference, led by a credible and respected President (who should be chosen by the FIA’s membership only).

We intend to continue to manage exclusively the commercial exploitation of Formula One within the established frameworks of the existing FIA Formula One Commercial Agreement and, in due course, the 100 Year Agreements.

You will recall that this set of agreements (the 100 Year Agreements) was entered into between the FIA and SLEC Holdings Limited in April 2001. Those agreements are valid and binding on the parties and will in all material respects become operative in 2011.
They do not need to be altered or renegotiated unless both parties wish to do so.
There are some ambiguities in the drafting of these agreements, however, and we have sought discussions with the FIA President to clarify these points and to avoid unintended consequences.

We have also raised with him a number of other issues which we considered would improve the agreements without damaging the FIA’ s interests, but we accept that is a matter for the FIA to judge, it is not obliged to make those concessions to us and should it consider it is against its interests to do so, we would be content to the leave the agreements in their present form and when the time comes, to operate within their existing scope, without amendments.

Imprudent changes to the Formula One regulations, if adopted, could have a dramatic adverse impact on the attractiveness of the sport, to promoters, to broadcasters, to sponsors and to the fans; they could add significantly to the cost of participating in the Championship at a competitive level; they could also undermine or depart from the Championship’s traditional values. We believe that a clear regulatory framework would minimise the risk of such problems.

The FIA should be solely responsible for policing and enforcing the Formula One regulations fairly, transparently and without bias.

There has been a Concorde Agreement since 1981.The most recent Concorde Agreement expired at the end of 2007 and we desire that it be renewed, not as a way for the CRH to exercise control over the sport, but because it will provide the financial and regulatory stability desired by the Formula One teams and the motor manufacturers who sponsor and invest significantly in them.

The commercial and financial arrangements, including the distribution of the annual prize fund, have been agreed between the CRH and the Formula One teams, with the full knowledge of the FIA. The CRH is willing to sign immediately a new Concorde Agreement substantially based upon and containing the same regulatory provisions as the previous Concorde Agreement, amended only to reflect the commercial and financial arrangements agreed with the teams.

There is no financial crisis in Formula One. On the contrary, Formula One is in robust health, it enjoys the support of most of the world’s leading automotive manufacturers and is sponsored by many of the world’s other most prestigious brands. Revenues continue to grow, television ratings are high and demand from countries to promote a new Grand Prix continues to exceed the number of places on the calendar.

The cost of operating a successful Formula One team has risen to an unsustainable level and this is being addressed. The Formula One teams have agreed upon some cost-cutting measures, making it more viable to participate at a competitive level and with a robust and stable regulatory framework, further efficiencies should be possible. We will continue to support such initiatives.

Formula One continues to be of tremendous benefit to the FIA. It derives in excess of US$ 25 million each year from Formula One (not including fines, which are often substantial sums) which subsidises other aspects of the sport. The FIA Foundation was founded with the substantial sum paid to the FIA by the CRH for the 100 Year Agreements.

We intend to continue our successful relationship with the FIA. We believe it benefits Formula One as a whole. We have no reason to undermine the FIA or its President, on the contrary we believe a strong FIA led by a respected President is good for all key constituents of Formula One: the fans, the teams, the sponsors and suppliers, the promoters, the media companies and us, the CRH.

None of these issues have any bearing on the reasons the FIA Senate has called the forthcoming Extraordinary General Assembly, which we regard to be an internal FIA matter. You may be assured that whatever decision you should make on 3 June, we look forward to continuing our long-standing and constructive relationship with the FIA and its President in pursuit of a stable and successful Formula One.