EXCLUSIVE: Can F1 be reborn in America? by Gordon Kirby 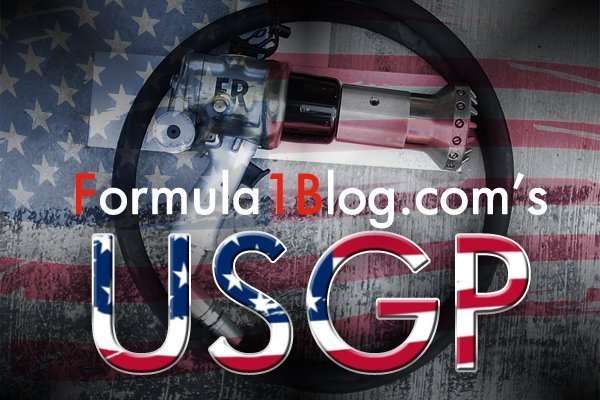 [box type=”info”]Editor’s note: I had the distinct honor of meeting Mr. Gordon Kirby at the 2010 Petit Le Mans at Road Atlanta. I don’t need to tell you what a legendary writer Mr. Kirby is in the world of motor sport but what I would like to tell you is just how delightful, personable and friendly this amazing man truly is. He was one of the nicest journalists I’ve met in quite a while and incredibly gracious with his time. We asked Mr. Kirby if he would be willing to provide an Op Ed for F1B and he graciously agreed. Having covered the halcyon days of F1 in America, we thought what better person to share his thoughts on the return of F1 to America. Mr. Kirby kindly agreed and here are his thoughts on what it would take to make F1 successful in America. We are very grateful for Mr. Kirby’s kind consideration and be sure you subscribe to Motor Sport magazine in which Mr. Kirby is the US Editor. It’s the only racing magazine I subscribe to and worth every single dime. Be sure to tell the F1B sent you as a thank you for Mr. Kirby’s time and words[/box]

Can F1 be reborn in America?
by Gordon Kirby 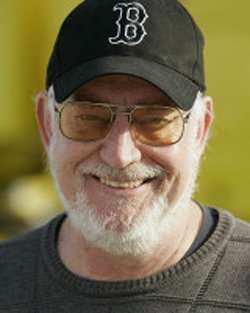 What happened to Formula One in America? And can a real following be created for F1 in the United States by next year’s nascent US Grand Prix revival in Austin? Many people ask these questions. The correct answers may be complicated but they are driven by a simple answer–money.

For many years–decades in fact–Bernie Ecclestone has been able to extract increasingly larger amounts of money from race promoters around the world and in particular in recent years from Asian and Arabian countries. As Bernie’s price went up we in the United States enjoyed motor racing’s most mature and competitive market with scores of tracks looking to run successful events from NASCAR’s Sprint Cup series, through the NHRA’s PowerAde Series, the IRL’s IZOD IndyCar series, the ALMS and Grand-Am and many of other racing categories.

All these domestic series are cheap compared to Formula One and come with a guaranteed fan base and a share of the broadcast and commercial rights, none of which are available from Ecclestone and the FIA. An F1 race costs at least ten times a NASCAR Sprint Cup race with much less room for profit. So F1 cars never will race at Road America, the country’s finest road course. In a purist sense Ellhart Lake is the only place for F1 in America, but it simply doesn’t add up, a lesson thoroughly learned by Tony George and the Indianapolis Motor Speedway.

Can Tavo Hellmund and Full Throttle Promotions make it happen? It’s a tall challenge, as we all know, but everyone wishes them well because it would be good for American motor sport as well as the F1 World Championship as a whole if we enjoyed a successful United States Grand Prix.

F1’s team owners want F1’s return to America to work as much as everyone else. The American market is crucial to Ferrari and Mercedes-Benz, F1’s two most iconic brands, and it’s essential for the team owners to have America on their global dance card. More than a few of them regularly dream of having two American races. The team owners dream of New York City. Bernie dreams of Las Vegas and New York City. But neither are likely to happen.

First of all, let’s get one thing right and Austin it is. Hellmund has committed to build what the claims will be an interesting track featuring some changes in elevation as well as opportunities for passing. It is being designed by Ecclestone’s man Herman Tilke to Bernie and the FIA’s specifications and let’s hope it will be more interesting than many of Tilke’s recent tracks which tend to be far too antiseptic with little or no room for passing, excesses of run-off areas and little or no visual appeal.

Of course, there’s a perfect example of F1 thriving in North America just over the northern border in Montreal. The Canadian GP was back in business this past year after a brief hiatus and was jammed with crowds and enthusiasm over the three days. Montreal boils with F1 fever every June and the race at le Circuit Gilles Villeneuve is celebrated for drawing one of the biggest and more enthusiastic crowds on the F1 schedule. Most estimates suggest around one-fifth of Montreal’s fans come from the United States, a fine starting point.

In recent years race many fans across America have told me they are thirsty for high-quality open-wheel racing at attractive venues. A revived version of Indy car racing, hoped for next year, appeals to many and an equally large number would love to see a successful F1 race in America. So I have no doubts that if Austin is designed, organized and promoted anywhere near as well as Hellmund suggests the race will draw a big crowd.

Many of us fondy recall the great following F1 enjoyed in America during the United States GP’s twenty-year run at Watkins Glen and eight years at Long Beach. F1 also did well as far as crowds, if not aesthetics, in Detroit and over most of its seven-year run at Indianapolis F1 pulled a crowd that was bigger than many F1 races but dwarfed by the Speedway’s giant grandstands.

So I don’t believe pulling a crowd to Austin will be a problem for Hellmund. The tougher job will be getting the American media to take notice. F1 is an extremely technical, secretive and political sport and for the typically unfamiliar American writer or reporter it’s difficult to get inside F1 and comfortably explain it. That will take time.

An easy solution would be the arrival in F1 of a top young American with a chance to win. But that continues to be a long shot despite the early efforts of Alex Rossi, Gabby Chaves, Josef Newgarden, Conor Daly, et al.

Let’s not forget that America’s great F1 stars of the sixties and seventies–Phil Hill, Dan Gurney, Richie Ginther, Mario Andretti and Peter Revson–were established race winners or champions in America before going to Europe to pursue successful F1 careers. These days the accepted path to F1 is very different. Racing in America is viewed as the wrong thing to do. You’re supposed to cut your teeth in Europe in order to learn the F1/European racing culture so today’s young hopefuls don’t have the domestic fan and media following enjoyed by the likes of Hill, Gurney and Andretti. It’s a bit of a chicken-and-egg situation.

All this means it’s going to continue to be an uphill push to sell F1 to the American media and public at large. A successful and exciting debut race in Austin would be a start followed by the event gaining some stability and developing an appealing atmosphere of its own. And it would be a tremendous thing if one of our young American aspirants could stick their nose in there as Austin establishes itself on the F1 calendar. We can only hope.

*Gordon Kirby is the United States editor of Motor Sport magazine and the author of many racing books including biographies of Mario Andretti, the Unser family, Rick Mears and Bobby Rahal.

Just curious on your thought line on that. Haas is…

Yeah, the MGU-H was cool tech but very expensive. Let's…

While I'm glad they're finally ditching the MGU-H, the rest…

Problem with Alpine/Renault always was, that the parent company never…

No question, just a comment on convertible Murano's. I had…

The porpoising issue seems simple enough, given the amount of…

It's a good point. I agree, suggesting that if the…

Indeed, that's the big question. Many thought Lewis made the…

I am following the sport now since the mid 80s,…

Previous articleMark your calendar: Ferrari to launch car last week of the month
Next articleFormula1blog.com Podcast #192