Exclusive: How to translate RonSpeak in 4 easy steps

The more I have been thinking about Ron Dennis and how much I admire the man, I have become very enamored with his way of speaking. The manor in which he speaks has become known as RonSpeak and it is a type of language all its own.

Those close to Ron have learned the language and also learned how to interpret Ronspeak but for the rest of us, it’s nearly impossible to crack the code or figure out how to decipher it. In many ways, I have become willing to sink a German U-boat and steal its Enigma machine just to get a glimpse of what Ron really means when full Ronspeak is engaged.

It has not been easy and much time has been spent trying to finely craft the delicate nature of language and the art of translation. I can assure you I have left no stone unturned in my quest to finally crack the Ronspeak code.

It’s for those reasons that I have searched far and wide to decipher and translate Ronspeak for all of. Using sophisticated software, I have now figured it out and I now share with you the secret to actually translating Ronspeak into English.

The first step is to take a recent comment from Ron in which he has fully engaged Ronspeak. Pay particular close attention to some of the nuance and context of his comment because it can/could play a big role in translating Ronspeak.

For example, if Ron is in Spain while making the comment you’ve chosen to translate, this is will be the baseline fore translation. If he is speaking about something in Norway or in Norway and remotely commenting about things that have association with Norway, again, this is the baseline we will use. You’ll have to work with this a bit. Sometimes Ron chooses to work the edges of language association such as using the language of a former teammate of the person he is actually speaking about.

Take Ron’s comment and place it in a language translation software under the “English” category. Be careful not to accidently leave any letters off of the sentence or discard any grammar in the cut-n-paste process.

Next, select the language that is the contextual baseline for Ron’s comments and press translate. You will see the new translation in the language baseling you’ve selected.

Next, take the translation and now revers the process by translating the new language back in to English. You now have the true meaning of Ron’s comments and you now have officially gained the power to translate Ronspeak.

Let’s have a few examples:

Original comment from Ron said in Spain but I had to work this one because he was actually using Finnish as the baseline due to Fernando’s association with Kimi Raikkonen:

“As we embark on the second year of our renewed McLaren-Honda partnership, all of us remain united in our purpose. That purpose is to develop our team towards our shared ambition: to win,”

“When we are in the midst of the beginning of the second reform McLaren-Honda partnership, we all remain united. To this end, to develop team closer to a joint ambition you can win a”

While not a drastic change in meaning, I think you can see Ron’s nefarious implied context in the actual translation of Ronspeak here. Let’s try another one.

Original comment from Ron and it took me a while but clearly he was using his new Honda relationship and Japanese to it’s full extent:

“I’m in the memory of the phrases that glimmer of the most famous of the latter half of the year 1992, she is a description of the conditions in them that year in a lecture hall in London Guild of Her Majesty The Queen were used. In 1992, in fact, the British crown year was terrible. The Prince of Wales but agreed that the princess to another; and Dukes of the Duchess of York to another and agreed that the princess royal and her husband, captain Mark and agreed that the positive to another, and is one of the most beloved of Her Majesty the Queen of all caps and Windsor Castle” on the fearsome fire was not found.”

Original comment from Ron. A gem in which Ron was offering mea culpa:

“I’m not perfect, and sometimes I’m guilty of answering a question a little more irritatedly than ideally I should do,”

“AND’m not perfect, and sometimes AND’m guilty of Answering a question a little sea irritatedly than ideally AND should i to,”

“So, to revert to the specificity of your question, I’m not going to hypothesise about what might have happened had we done things differently, because I don’t think there’s anything specifically wrong with the way we’ve done things.”

“Therefore, Specificity to the back of your questions, may not hypothesise about what is to be done we then another did not work because I do not think that there are things in particular what we work on the way.” 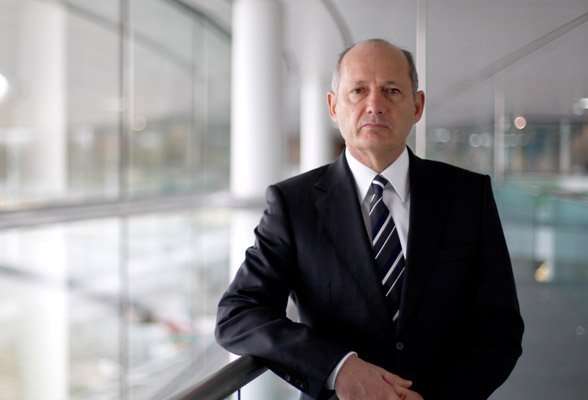 The duality of the Ronspeak translation method

Keep in mind that this system is precisely how Ron formulates his answers to the press. These are carefully crated and then ran through the Ronspeakerator to engage the Ronspeak.

For example, let’s say he wanted to say this:

“Actually, Honda have been a big pain in the ass and they are the single biggest reason Fernando Alonso can’t demonstrate his skill and get on top of his game. It’s really ticking me off and I made a phone call and got Arai san fired this week. Now I need to get Alonso’s head out of his bum and get on with the program. “

Translation- This would then be handed to the gifted word smith, Matt bishop who would find the contextual baseline language and deliver this:

“Really, Honda Automobile is the pain that are large in size in the class and is the reason why the largest one time can not fernando alonso show of his skills and is at the top of the game really is are walking me out and I make a call from your phone and get arai san shot this week. Now I want to receive the alonso at the head of the out of his cramps and received on the Program”.

Clearly we have succeeded in our exhaustive attempt to translate Ronspeak for all of you out there who, like me, really have high regard for the man and want to actually know what he means when he opens his mouth.

Editor’s Note- Ron was not defamed and no McLaren or Ferrari secrets were stolen in the research for the cipher code of Ronspeak. These are actual translations using language translation software and no Matt Bishops were harmed in the writing of this post…

“Be ron not defamed does not have mclaren or ferrari confidential theft in research into the encryption code ronspeak. These are the actual translation use language translation software is not matt bishops are harmed by as of the writing of this publication.”

I want to hear Ron swear, or to “throw some shade” as the cool kids say.

Amusing but only 50% correct. A pass but not with distinction you must pay more attention in class.

I took the FBC Ronspeak seminar 6 months ago. Now I can clearly translate any phrase that is full of ambiguity, marketing wank and bush beating. I have also lost 20lbs, grown more hair back and have less “bedroom troubles”.

Be Ron the thus defamed. In earnest sick I were heard toward Alonso mawing in the gapes. When tittering anger from his mouth marched, sense of no kind ingested our appendages. Bravo with helpings and minimal prayer for your kin’s speaking effort of lamb. I honor with heaping vestiges upon our executions!