F1 agrees to race at Miami Dolphins stadium in 2021

According to the Miami Herald, Formula 1 has reached an agreement in principle for a race in 2021 at the Hard Rock Stadium in Miami Florida.

“We are thrilled to announce that Formula One and Hard Rock Stadium have reached an agreement in principle to host the first-ever Formula One Miami Grand Prix at Hard Rock Stadium,” Dolphins CEO Tom Garfinkel and Sean Bratches, F1’s commercial boss, said in a joint statement. “With an estimated annual impact of more than $400 million and 35,000 room nights, the Formula One Miami Grand Prix will be an economic juggernaut for South Florida each and every year.

“We are deeply grateful to our fans, elected officials and the local tourism industry for their patience and support throughout this process,” Garfinkel added. “We look forward to bringing the greatest racing spectacle on the planet for the first time to one of the world’s most iconic and glamorous regions.”

The stadium owner, Stephen Ross, would cover the estimated $40 million in track development and similar to the Texas major events fund program, this track location would make it eligible as a “marquee-event grant” per a 2014 agreement with the county.

There have already been protests over the proposed race at the stadium by community activists similar to what occurred when the streets of Miami were the focus for the track. Moving it to the stadium would keep the race mainly isolated to the stadium grounds with minimum usage of the nearby roadways but resident worry about the traffic, noise and—don’t tell Lewis Hamilton—the pollution. 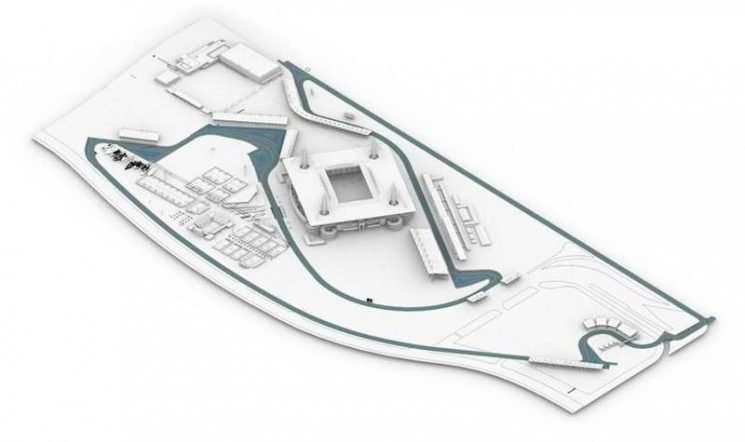 I am not sure if anyone has explained to the residents that these are the most fuel efficient engines in the world of motorsport and they are apt to get more pollution from their neighbors 2004 Toyota Corolla than from these cars.

The F1 engines are in the neighborhood of 50% thermal efficiency with over 40% less fuel being used than before. In fact, they are more efficient, contextually, than an electric vehicle that in many cases takes its charge from electricity most likely generated from hydrocarbon field power plants.

That leaves “noise” and I think we all know what happened to the sound of an F1 car when we started harvesting the waste energy—the sound is radically reduced in volume. Leaving traffic, I am unclear on how this would deviate any from a typical Miami Dolphins football game.

Still work to be done but perhaps F1’s version of Taffey Lewis can get this deal done and bring the F1 race over the goal line for a touchdown…literally.

Looks like it could be a good track. Now time for Tilke to destroy it.