The 1970s were a time during which a handful of handsome, wealthy, daring young playboys tried their hand at Formula One.  Some of them were well out of their league, wasting daddy’s hard earned money on a dangerous hobby which often, if they were lucky, led to nothing more than slightly tarnishing the family name.  Some, however, had the speed and the talent to make it but just never got the right opportunity to prove that they deserved a spot at the top.

Mike Keegan had left the RAF as a flight engineer at the end of WWII to become one of the most successful airline entrepreneurs that Great Britain, if not Europe, has ever known.  He helped to pioneer mass air transport and at one point operated Europe’s largest all cargo airliner.  The financial support that Mike’s business ventures were able to provide helped his son Rupert step into racing at the age of eighteen.

Having won his very first event at the wheel of a Ford Escort Mexico in 1973, Rupert Keegan moved into Formula Fords in 1974 and was winning more races by the end of the season.  He progressed to Formula 3 the following year and would take the British F3 title, with nine victories, in 1976.

This success would help Rupert into a Hesketh F1 team seat for 1977, but the former GP winners were on a downward spiral and well on their way to the Formula One history books.  With four separate drivers taking part in GPs for the team that year, Keegan was by far the most successful with 4 Top 10 finishes from 12 starts.  Though he failed to score any points, the other three Hesketh pilots could only manage 5 race starts between them and would only finished in 3 of those. 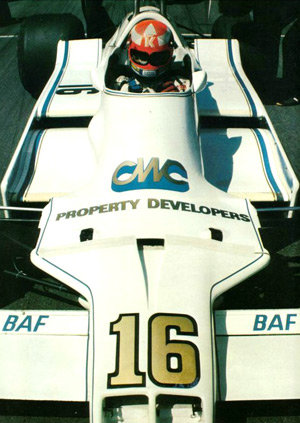 For 1978, Rupert moved to Surtees, who surely unbeknownst to him were beginning their final season in F1.  From 13 races, Keegan failed to start or qualify for 7 of them and would only finish in one of those that he did start.  He left the team 3 races short of the end of the season and, without a ride for 1979, chose somewhat greener pastures elsewhere.

The British Formula One Series, aka the Aurora AFX British F1 Championship, was held between 1978 and 1980 (as well as a short 5 race ’82 season) with fields made up primarily of second hand GP machinery.  For 1979. Keegan stepped into a year old Arrows A1 and won 9 of the 13 races that he competed in on his way to the season championship.

Again this success in another series helped him back into F1 for 1980, this time at the wheel of a Williams FW07 via Ram Penthouse Rizla Racing.  A partial season of only 7 races bought 3DNQs, but also 4 finishes, including a 9th at the USGP.  He again sat out the 1981 season only to return with March in ’82 for 5 events at the end of the year, finishing his GP career with a 12th place in Las Vegas. 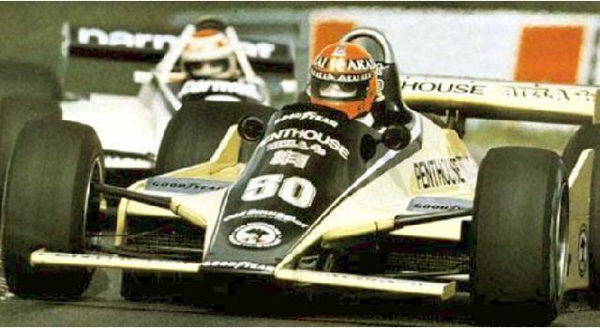 The following year, Rupert teamed up with former Hesketh team mate Guy Edwards to finish 5th at Le Mans in a Skoal Bandit sponsored Porsche 956, following that up with 3 seasons in sportscars. A rather sporadic professional racing career ensued with a handful of starts in the CART series in 1985, a couple of Indy Lights races in ’92 and another run at Le Mans in 95 driving a Lister Storm.

Rupert has since been busy with entrepreneurial ventures as well as the odd racing school instructor position.  From a driver who won two championships from what was essentially only six (slightly less than) full seasons of racing, I would not imagine that his words of advice on racing technique could be taken too lightly.

Really good analysis of Rupert’s career. He went into the Aurora series in 79 because Chapman and Rupert could not agree the detailed terms behind Chapmans “Grand a Point” deal. “What if the bloody thing breaks down, and its your fault, do I get paid?” That sort of detail. He was badly hurt in a off at the Belgian or Dutch GP that year, which is why he didn’t finish the season, Ronnie Peterson got the seat at Lotus. Would have been very interesting to have seen Rupert in a competitive F1 car. Though, that Aurora Series was illuminating in… Read more »