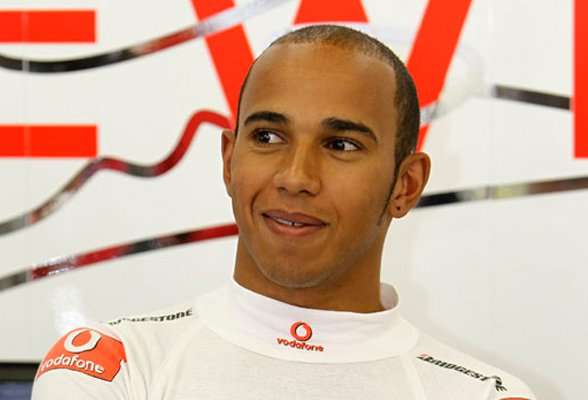 Using some of Negative Camber’s highest-tech communications devices, your Formula1Blog team has been busy these past, slow-news days huddled outside windows, acting nonchalant in public restrooms and “accidentally” bumping into some of the Formula 1 world’s most important people.

In each case, we hung around just long enough to determine what the different New Year’s resolutions for these folks was going to be. Here’s just a sampling of what we’ve found:

LEWIS HAMILTON: Resolves to be less self-critical in 2011.

JEAN TODT: Is going to get over his shyness and really make that presidency “his.”

FERNANDO ALONSO: Resolves not to wait even one race to show Felipe Massa who is No. 1 and who is No. 2.

FELIPE MASSA: Is not going to pull over, for anyone.

STEFANO DOMENICALI: Is going to consider, seriously, a career in politics.

MICHAEL SCHUMACHER: Win another world title this year. Or maybe next. It’s all good, friends.

NICO ROSBERG: Resolves to employ a “food tester,” just in case Michael gets some ideas.

NICK HEIDFELD: Is going to come to terms with being a great second-place finisher.

TONY FERNANDES: Resolves to make the name Lotus his, not matter what.

HEIKKI KOVALAINEN: Resolves to score at least one point in 2011.

BERNIE ECCLESTONE: He will find the thugs who beat him up.

MAX MOSLEY: Needs to send that cash payment to those nice boys in London.

SERGIO PEREZ and PASTOR MALDONADO: We won’t be the Hulk.

* Note: No actual spying was engaged in for this piece, and no member of the F1B team has been anywhere near the homes or offices of F1-related personnel. As far as you know!