After a busy British GP week, that included the adventures of the #SilverstoneGnome, things have slowed down somewhat this week. But don’t worry, I’ve been trawling through the Twitterverse, and as always have the best from the teams, drivers and media. Here’s this week’s social media wrap up…

@LewisHamilton: Again, big thanks to those who got up so early to support me carrying the Olympic torch this morning! http://twitter.com/LewisHamilton/status/222288349887606784/photo/1 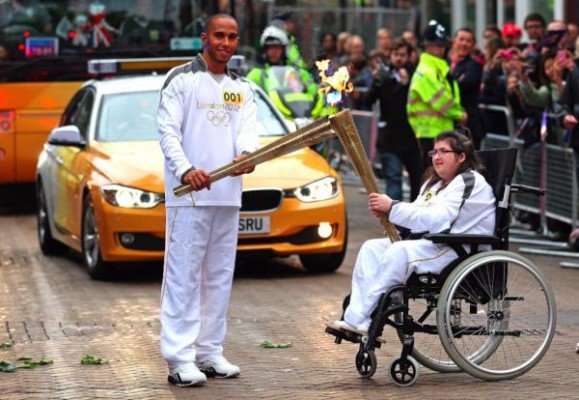 @JensonButton: We’re working flat out to improve our performance so that we can stand on top of the podium and celebrate with you guys! :)

Heikki Kovalainen has a “grass allergy”, which is hindering his golf hobby:

@H_Kovalainen: Ive been having stuffy nose recently and went for tests and I’ve got grass allergy! Not very helpful for my golf hobby…

Fernando Alonso was straight back into training for Germany: 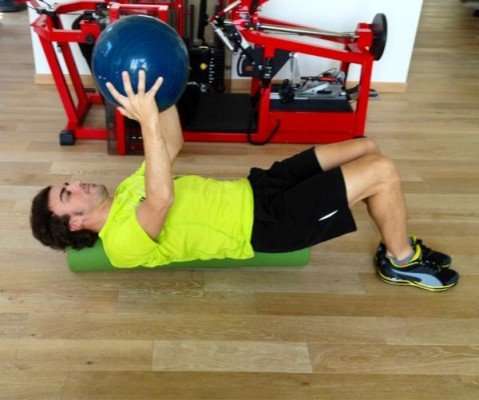 On Wednesday, Lewis was still trying to get to grips with being in the public eye:

@LewisHamilton: Can’t say goodbye 2 friends without it being seen as a mystery kiss. Next time may have 2 shake hands!! Madness!

It seems this whole ‘F1 drivers playing golf thing’ is catching – Daniel Ricciardo has been practicing his swing: 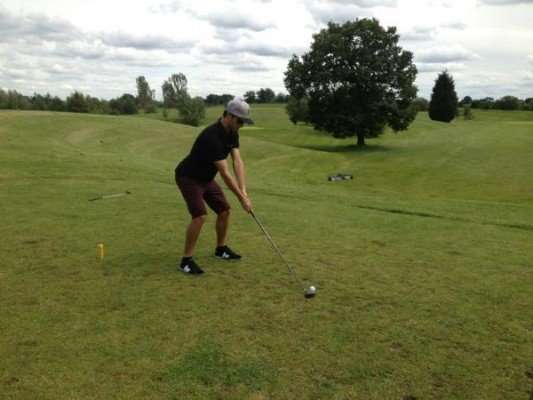 @danielricciardo: Many comments from the pic about my bum. Think I’m used to squats in the gym. It’s a natural stance for me

Ricciardo wasn’t the only one – Heikki’s girlfriend has taken up the sport:

@H_Kovalainen: Went for 2h run this morning then on range with @KataHyde hitting some shots, she’s getting serious with it so gotta keep my game a-list!

@realTimoGlock: At Heathrow. Flying back home and straight on the bike need to get back in shape to keep up with @alo_oficial time trial! Very impressive

On Saturday, Kovalainen was watching the horse riding: 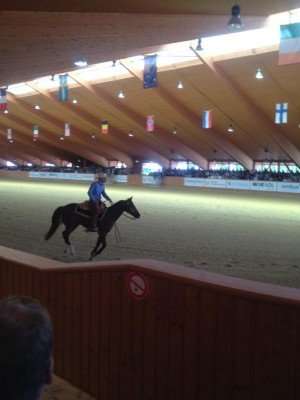 Alonso was back in the simulator: 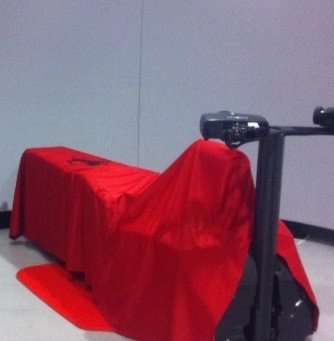 Earlier today, Mark Webber was commenting on health and safety:

@AussieGrit: No health and safety rubbish here. Just let people get on with it. #oldschool http://twitpic.com/a7witk 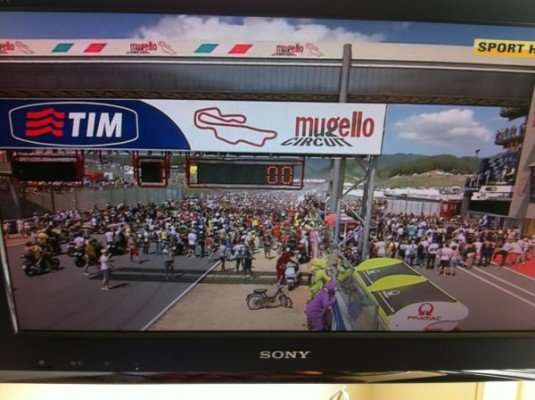 On Monday, the Iceman visited the Lotus factory:

@Lotus_F1Team: Yep, you guessed it! The #Iceman is here at the @Lotus_F1Team base! #F1 http://yfrog.com/mgwg4osj 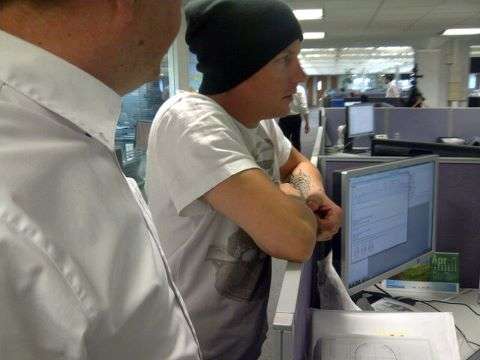 On Tuesday, Marussia confirmed their drivers for the Young Driver Test at Silverstone:

@Marussia_F1Team: V pleased to confirm plans for this week’s Young Driver Test at Silverstone where @MaxChilton_ and @RHaryantoracing will be our chosen ones

So did Williams, who were determined to get Valtteri Bottas trending:

@WilliamsF1Team: After announcing Valtteri Bottas would be involved in the Young Driver Test this week, he is now trending. Let’s get a hashtag going #BOTTAS

Mercedes were enjoying the sunshine on Thursday:

@MercedesAMGF1: Sun is shining in Brackley today. Something it forgot to do for the last 3 months. #enjoyitwhileitlasts 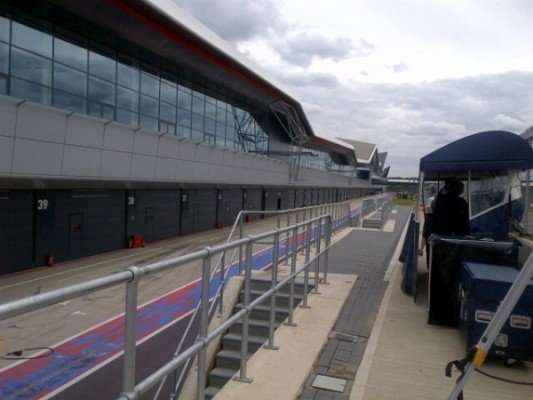 @clubforce: Just been given a special edition frisbee by @F1Racing_mag . Mr Reynolds has a big fan @clubforce http://twitpic.com/a6rrr9 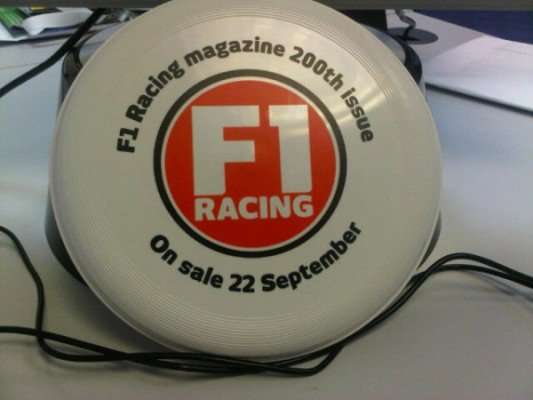 Caterham were looking at the F1 Race Stars game:

@MyCaterhamF1: A first look at a Caterham on the move in @Codemasters ‘F1 Race Stars’: http://twitpic.com/a71rpy 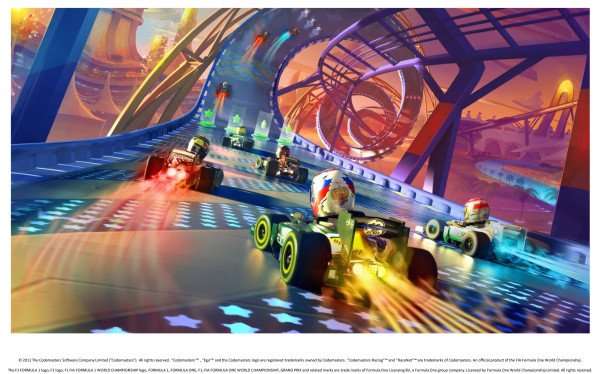 Marussia shared a photo of Max Chilton on Friday: 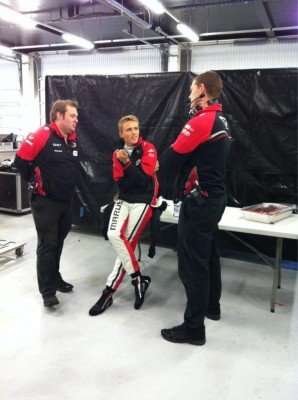 They were in Moscow at the weekend:

@Marussia_F1Team: Next up it’s warm-up laps in the demo cars. Lewis for our friends at @TheFifthDriver then us http://twitpic.com/a7u4qc 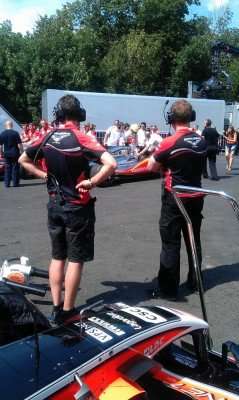 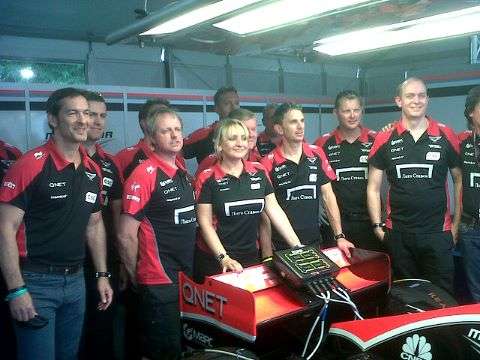 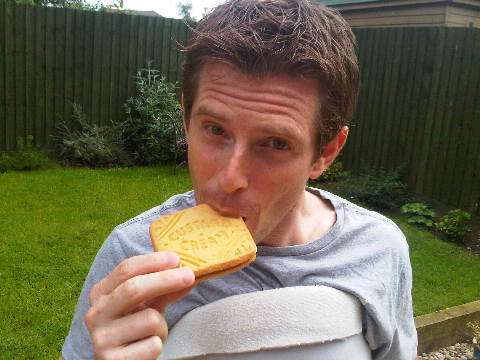 @5LiveF1: For all those asking, @antdavidson is doing really well. He liked the giant custard cream but giant ginger cream was his fave. No surprise!

Lee McKenzie liked the photos she was sent from Silverstone:

@LeeMcKenzieF1: Thanks to all you secret snappers – good memories. Love the pic of me on drivers parade, running in paddock and trying to interview Bernie!

I do believe I took the one of you running in the paddock, Lee!

Will Buxton was pleased for Conor Daly who was called up for the straight line aero test with Force India again:

@willbuxton: Great to see @ConorDaly22 has been given a second call up by @clubforce to conduct aero testing at Duxford this week.

Martin Brundle wasn’t surprised that Webber signed up for another year at Red Bull:

@MBrundleF1: Mark Webber signs for Red bull for 2013. No big surprise there, suspect they needed to sign him up before somebody else did. Like Ferrari.

Alan Baldwin had something to say about it as well:

On Tuesday, Martin Brundle shared a rather strange tweet:

@MBrundleF1: Why is it that your tongue likes different things to your stomach? Bad design

Kate Walker was talking about Singapore on Wednesday:

@F1Kate: Only downside to this Singapore contract extension news is it’s making me wish we were going there next week. :( Love Singapore. 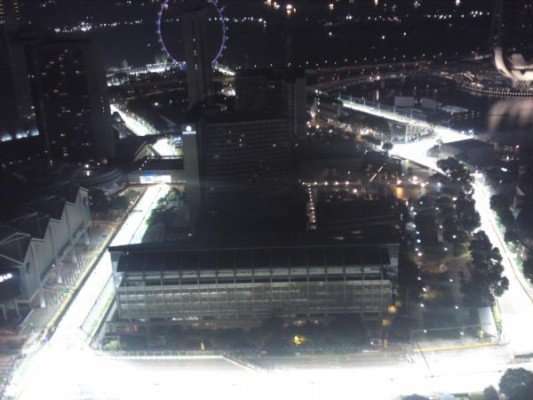 David Coulthard had a chilled afternoon on Wednesday: 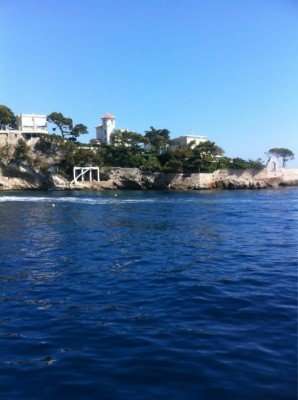 @therealdcf1: @rubarrichello all good buddy, missing you in F1, kids alright but :-) hows life in the USA

@rubarrichello: @therealdcf1 life is good…car is difficult to drive and I am getting used…I guess I see u in Interlagos my friend…

Photographer James Moy wished he could have had a better parking space at Silverstone last weekend: 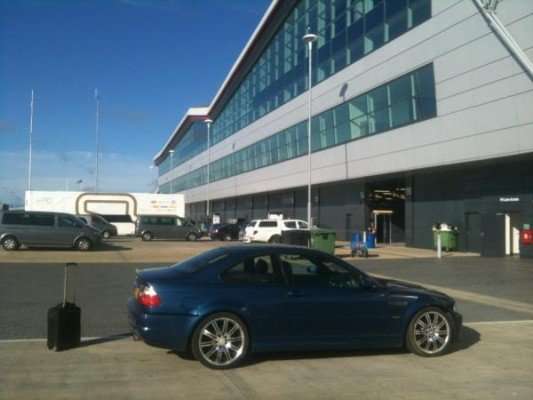 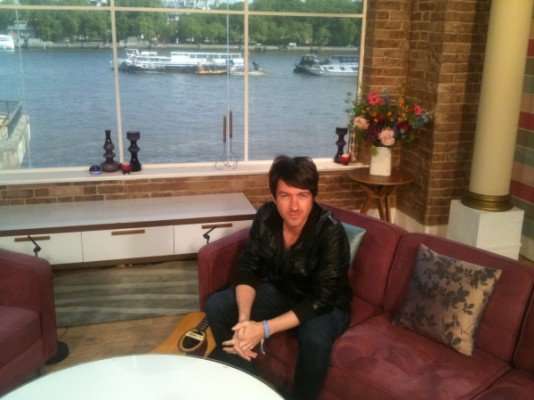 David Croft had a quiz:

@CroftyF1: Plane quiz, what plane am I on at the moment? http://twitpic.com/a6pv69 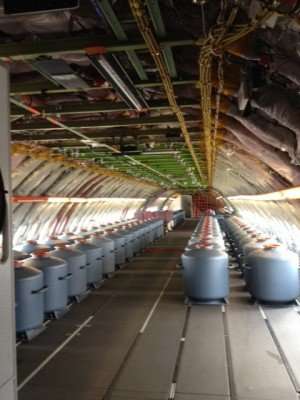 On Friday, Ted Kravitz was digging around in the Red Bull trophy cabinet: 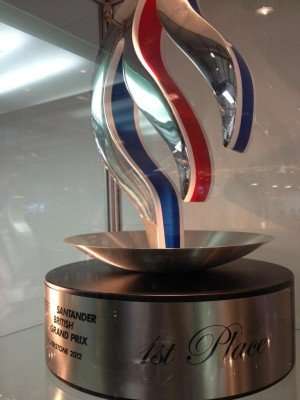 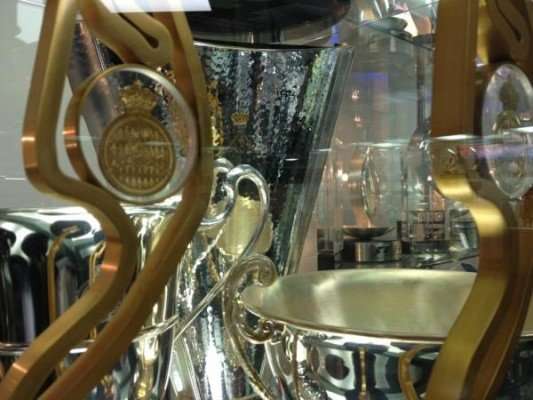 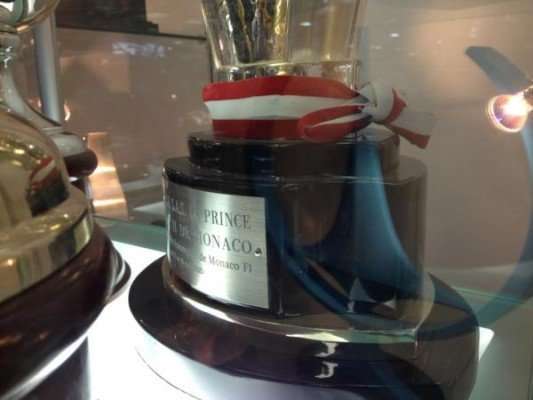 Natalie Pinkham is on her way to Portugal for her wedding. She had a bit of a drama the night before she left though:

@JennieGow: @NataliePinkham GOOD LUCK!!!! Hope all goes really well for you and the shoes show up! Im sure Ive got some alpinestars you can borrow ;)

@NataliePinkham: @JennieGow Thanks darling! You are on to something, I could definitely dance better in those. x

It appears James Moy’s camera isn’t in a great condition, thanks to the FIA: 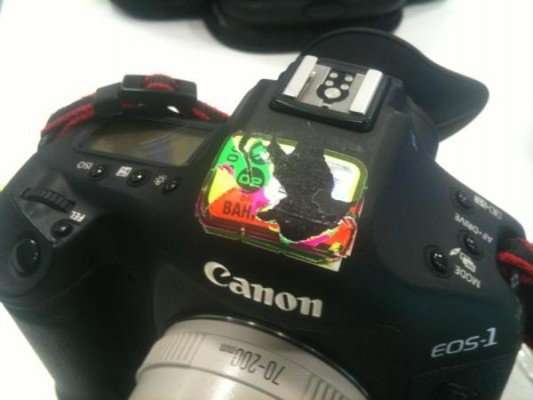 James Roberts was jumping on the Bottas bandwagon:

@JRobertsF1: #BOTTAS That is all.

Natalie Pinkham had company for her flight to Portugal: 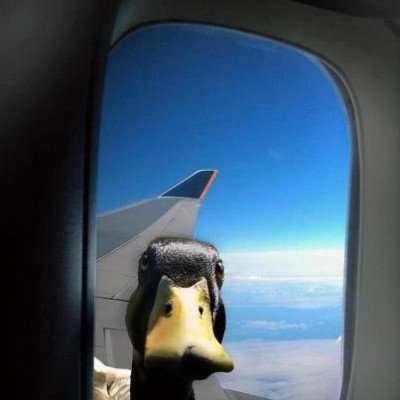 She had a gearbox failure on the motorway though:

@NataliePinkham: Gearbox failure in our @europcar rental we’re stranded on side of Portuguese m’way…gripping firmly to wedding dress! http://twitter.com/NataliePinkham/status/224154517963419648/photo/1 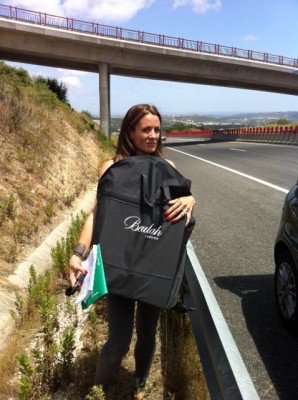 @willbuxton: What’s the deal with all the incredibly hot girls and hipster douchebags, wearing wellies and migrating on foot through Milton Keynes today?

Karun Chandhok has lost some socks:

@karunchandhok: My washing machine has been eating socks again… Any ideas for matches for these ?? http://yfrog.com/nygmwtvj 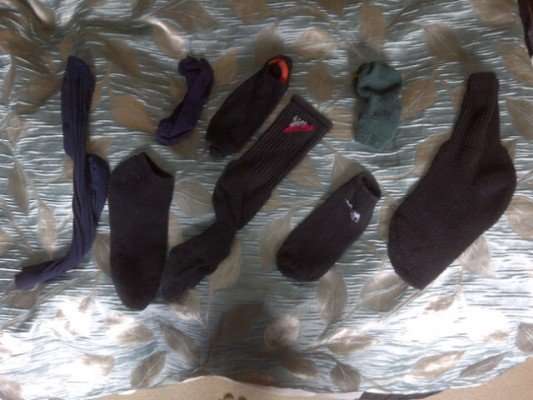 Rubens Barrichello has a young racing driver in the family: 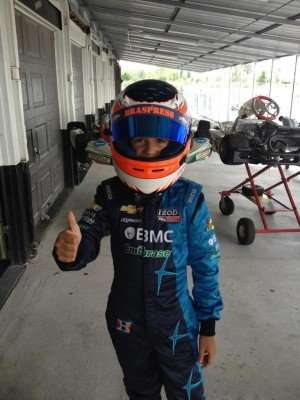 Karun Chandok had a busy day on Friday:

@karunchandhok: Busy day today ! 60km bike ride this morning, lunch with @LeeMcKenzieF1 & then off to @SkySportsF1 for the F1 show with @OfficallyGT and co

Finally, GP2 driver Rio Haryanto enjoyed his time in the Marussia for the Young Driver Test:

@RHaryantoracing: There’s no better feeling than sitting in that car #happydays http://yfrog.com/esrtczuj 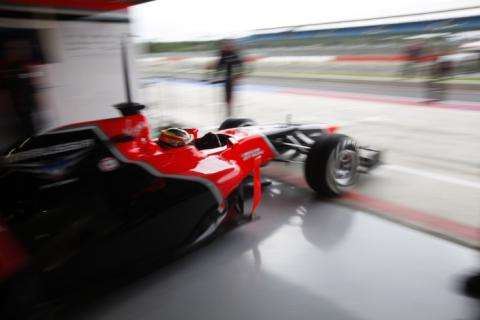 @RHaryantoracing: Had a really amazing day driving an F1 car around Silverstone with @Marussia_F1Team :D

That’s it for this week – I’ll see you next week for the German GP edition.