Join me as I sit down for a brief conversation with Formula One driver and Le Mans winner Stefan Johansson. Stefan was gracious to take time to tell me his thoughts on the current tires, Ron Dennis and a lot more.

You can check out Stefan’s watches right here.

For almost three decades Stefan Johansson has been one of the top drivers in the world of international motorsports. He has been successful in Formula One, IndyCar and Le Mans style sports car racing, winning both the 12 hours of Sebring twice (Porsche, Ferrari) and the 24 Hours of Le Mans (Porsche).

Throughout his career Stefan has driven for some of the most prestigious teams and manufacturers in the world including: Ferrari, McLaren, Porsche, Mercedes, Toyota, Nissan, Mazda, Audi and Acura. He is still keeping very active with his racing career and is currently racing in the Le Mans prototype category as well as the newly formed Speedcar series.
When not overseeing his business interests or tending to his own racing career, Stefan is something of a Renaissance man with interests in art and design.

He is also an accomplished painter with several exhibitions under his belt. In design his talent runs the gamut from creating all the watches for his Stefan Johansson Vaxjo watch company soon to be followed by other equally exclusive products such as Fragrance, Optics, Luggage, and other Accessories. Stefan has also consulted on a number of Race Track design projects. He runs his own Driver Management Company which includes the current Indianapolis 500 and the 2008 IRL series Champion Scott Dixon as well as TV Commentary, acts as an adviser and consultant to various Racing Teams and Tracks. 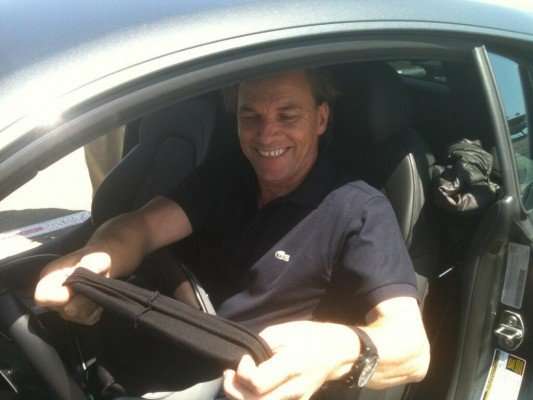