Well it’s that time again and Father Charsley is checking his list twice as the saying goes so I thought I’d be the jolly fellow for a bit by looking at the F1 world and determining who & what gets the coal and who or what gets the Red Rider BB Gun.

I’m sure you all have your own ideas so feel free to share in the comments, but as the off season is in full swing I thought I’d take a stab and maybe purge some of my F1 frustrations and laud what I love about the sport to get me in a better mindset for the holidays. I’ve made 2 lists of the top 10 in the Naughty & Nice columns. Today we share the top 5 for both Nice and Naughty and tomorrow we share the rest.

DRS
I’m sure for most of you this is not a surprise as my loathing of this device has been quite evident, however I’ve taken a quiet stance on this of late as I was even getting annoyed at being annoyed by it. We heard your complaints and moved on but please don’t assume this as a sign of acceptance, I hate it with every sporting breath of my being. Changing of position does not mean a sporting pass, whatever happened to the equal rights movement anyway.

Double Points
Well I think most of the F1 world are in agreement, all except that ex-Mclaren driver (who is he? the new Nico Rosberg? Way to toe the FIA line there amigo) The knee jerk reaction following a Vettel dominated season is ridiculous. Look back over the past few seasons and the last race drama for the championship has been amazing. Vettel may have won the past 4 years but it has been far from easy and well earned. How would it be if a retirement in the last race would swing a hard fought championship? Is Abu Dhabi more important than Monaco? Or Spa ? Good grief, as Grace said, manufactured drama isn’t drama at all. Stop it! We’ve had enough tinkering for the sake of “the Show” I can imagine even NASCAR look on it uncomfortably. What’s the next plan the return of short cuts and sprinklers? Doesn’t seem like we are that far off.

Qualifying Format
Qualifying should be a show of ultimate speed not tyre preserving, not race strategy. It’s the only true time we would ever see this oppourtunity but is taken away from us. Let’s have separate allocation of specific tyres for practice, qualifying and the race and be done with it.

Prize Fund
If you want to stop the separation between the have and have nots then quit giving all the cash to the top teams and leave ” the little teams that could” a fair chunk of the F1 funds. I’m not for an even distribution but the teams are driven by competition and the $ happens to be a necessity to make this happen, those who are best will still win and still have more money but if we can spread it out more evenly we may even have a series that doesn’t rely on pay drivers for ¾ of the grid.

HD Tyres/ Pitstops
Multiple pit stops do not spice up the show they merely cause confusion & delay of enjoyment of a race. You have to wait till the music stops to see who did what well, and when, you have to watch the race twice and get your abacus out to really know. Not sure this is the way to bring fans into the sport and get more attention. Changing of position does not mean passing. 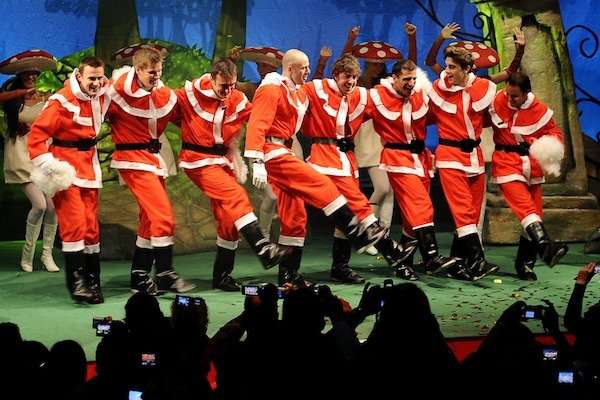 Driver Quality
The depth of the grid is as strong as I have ever seen it and as much as we may pick on a few drivers every now and then and bemoan the clinical interview skills nowadays we do have our fair share of personalities that give us some very good fodder for the podcasts (I’m talking to you Lewis & Pastor). There’s no doubt that even the pay drivers are of a very high quality and sure there may be some drivers in the waiting room of F1 who could be better than some, but for the most part we are seeing a great display of speed & skill.

Engineering
As tight as the little boxes the F1 engineers have to work in, the amazement of ingenuity in F1 never ceases to amaze me, after getting some inside look at what goes on at Shell this year , you know each part of an F1 car is given the same detail and research, given the new rules we are in for a fun ride so make sure you keep up!

Qualifying Format
We’ve been through a number of iterations of qualifying from single lap to 2 sessions over 2 days, but this is my favourite by far, let’s cast aside the tyre allocation issue (to be addressed later) this format really puts the pressure on in both time management and getting it done here & now. My only wish is the coverage could be better to see all the cars out during those last gasp final minutes!

Access
We may not be treated to the best access or information in the US but through the wonder of the internet & technology we all have so much information from so many knowledgeable & experienced people around the world we can truly get to understand the many layers F1 has, we can even get to see most ladder series races to be able to get to know the next wunderkind before they appear on the F1 driver list. It’s there for the taking so eat as much as you like.

Sight & Sound
Nothing sounds or performs like an F1 car, nothing. To be able to see these cars in the flesh is not to be missed. You may not be able to get to every race but you have to take that trip whenever it is possible. It gives you that fresh perspective when watching TV and the vibrations stay with you long after the race is over