Formula One announces its new #WeRaceAsOne initiative. Here is F1’s full release with details of the initiative.

As Formula 1 returns after a four-month break, we believe we must return with added purpose and determination to tackle the major issues that we as a sport, but also society, are facing. Those issues are important to the longer-term future of our sport, but equally have a major impact on the communities we race in and countries around the world.

Last November we launched our sustainability strategy to make our sport net zero carbon by 2030, improve diversity and inclusion in Formula 1 and to support communities. Recent events have reinforced the importance of those issues and the need for us take action to make our sport better, improve opportunity and to have a positive impact on the world we live in. 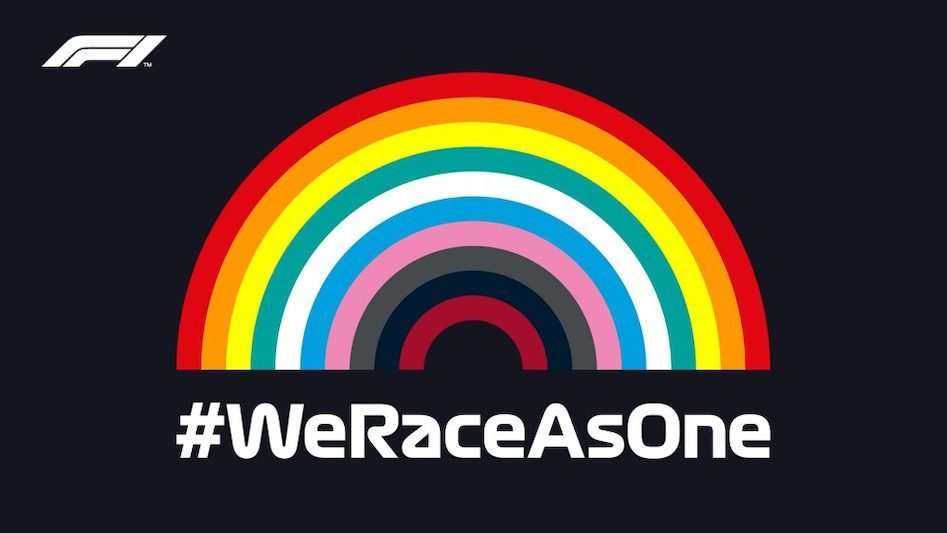 In recent months, the whole world has come together as one collective community in the fight against COVID-19 and it has brought out the best in human nature. In recent weeks people from all walks of life have united in their condemnation of racism and inequality, something that has no place in our modern world. We believe that as the first international sport to return we can make a difference and use our voice to address these vital issues. As a member of the global FIA motor sport family, we acknowledge its Fundamental Principles Statutes, including the fight against any form of discrimination.

That is why today, ahead of our season start, Formula 1 announces our new #We Race As One initiative, in support of the #PurposeDriven Movement launched by the FIA last week. This initiative will be the platform for the priorities set out above and is aimed at tackling the biggest issues facing our sport and global communities. It will not be a one week or one-year theme that disappears as issues disappear from headlines, it will underpin the Formula 1 strategy to make a tangible difference in our sport and society.

Recognising the two major issues dominating society’s consciousness at this time, COVID-19, and inequality we will use our opening race to thank people around the world for the incredible strength and fortitude they have shown against a global pandemic. Everyone from key workers through to families and individuals that have endured lockdown to tackle the virus deserve our thanks and gratitude. Equally we want to use our restart to show that we as a sporting community stand united against racism and are doing more to address inequality and diversity in Formula 1. 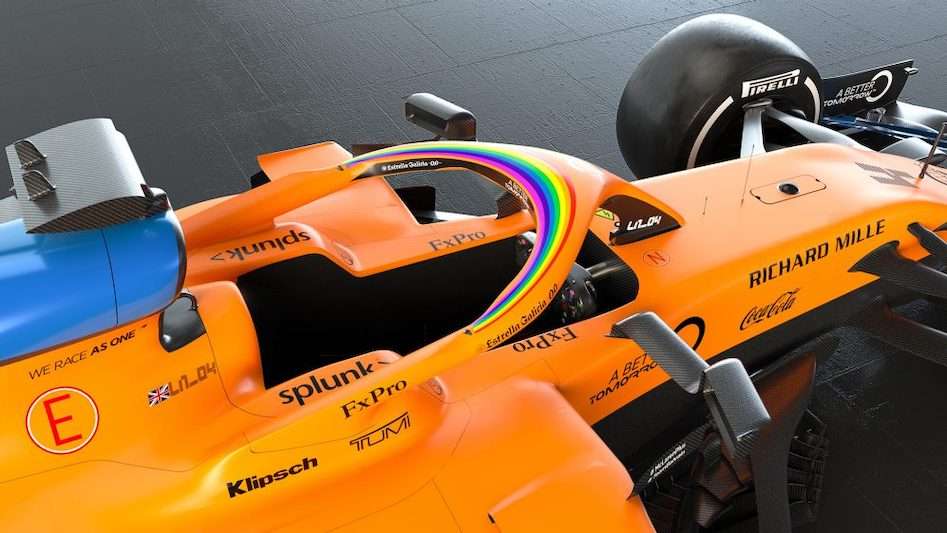 Therefore, ahead of our first race in Austria on 3-5 July and with the support of the teams and our partners Formula 1 will be saying thank you to key workers and individuals around the world by displaying rainbows on the Formula 1 cars and around the race circuit with the hashtag #We Race as One. The rainbow has been chosen as it has become a symbol used internationally in the recent crisis to bring communities together. We believe this important gesture will encourage our fans to join us in saying thank you. The rainbow initiative will continue throughout the season.

During the race weekend in Austria we will take a stand against racism. This will include visual displays of support in the fight against racism. In addition to the visual display of support we will also announce later this week clear pledges to increase diversity and opportunity in our sport. This will include setting up a Formula 1 Task Force that will listen to people from across the paddock, including the drivers, as well as externals and make conclusions on the actions required to improve the diversity and opportunity in Formula 1 at all levels. Further details of the Task Force will be set out in the coming weeks and the visual displays of support at the first race will be seen for the first time during the race weekend. 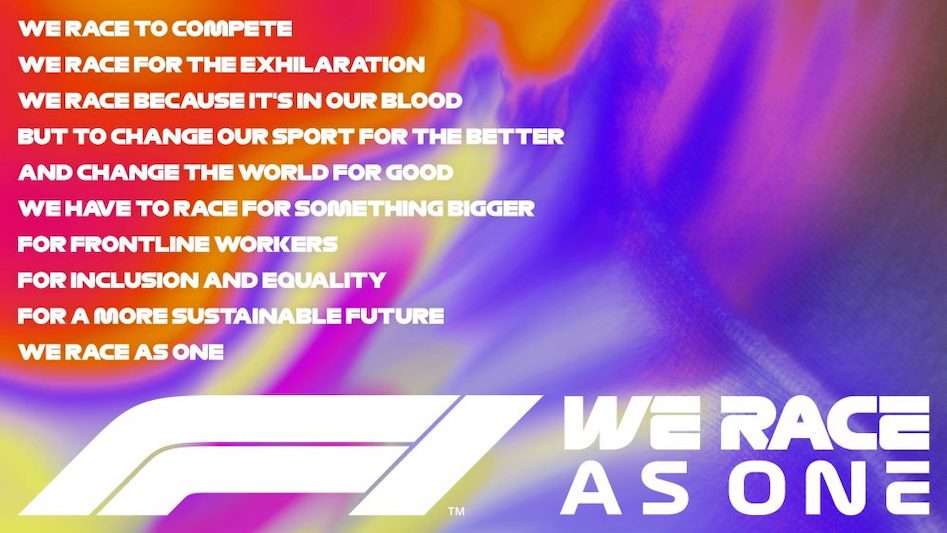 “Our first race in Austria at the start of July is a big moment for our sport after nearly four months of no racing. While it is an important moment for the Formula 1 community it is also a time to recognise the issues that are bigger t

han any one sport or country. The #WeRaceAsOne initiative we have launched today, in support of the #PurposeDriven Movement launched by the FIA last week, is our way of saying thank you to the bravery and unity everyone around the world has shown during this unprecedented time. It will also be a platform for Formula 1 to come together and achieve results against the most important issues facing us as a sport and the world. That is why at our first race in Austria Formula 1 will stand united to say loud and clear that racism must end. We will show our full support in fighting inequality throughout the weekend and accelerate our own efforts to make Formula 1 more diverse and inclusive. As a global sport we must represent the diversity and social concerns of our fans, but we also need to listen more and understand what needs to be done and get on with delivering.”

The “New Deal” I propose for motor sport in the context of COVID-19 pandemic means laying the foundations for the recovery and a sustainable future for Formula 1 and other disciplines. It includes new rules to reduce costs as well as initiatives to increase the popularity and accessibility of motor sport. Importantly, it shall also harness the positive contribution motor sport brings to society, covering all sectors from health, safety, economy, environment, education, inclusion and diversity. This is the intention of the #PurposeDriven Movement we launched last Thursday, and I am very pleased to welcome the #WeRaceAsOne initiative as part of this collective effort. With Formula 1, we have already been committed for many years to helping to protect the environment with, for example, hybrid engines and the signing of the United Nations Sports for Climate Action Framework. The FIA is guided by the Fundamental Principles of its Statutes, including the fight against any form of discrimination and notably on account of skin colour, gender, religion, ethnic or social origin. We must promote diversity in motor sport.”