There’s no doubt that a track can certainly make the difference but that isn’t intended to marginalize what Ferrari achieved on Saturday for the Hungarian Grand Prix nor is it to suggest that Mercedes fell short of a development opportunity.

Ferrari’s Sebastian Vettel claimed pole position for Sunday’s Hungarian Grand Prix with his teammate, Kimi Raikkonen, right behind him in second and it represented the first Ferrari lockout of a qualifying front row since 2004.

For Mercedes, the advantage they had two weeks ago at Silverstone seemed to have stayed in Silverstone as both Lewis Hamilton and Valtteri Bottas struggled to keep up with the Ferrari’s in all three Free Practice sessions and qualifying.

The session also saw a resurgent Red Bull in the hands of Max Verstappen who will start 5th and Daniel Ricciardo in 6th. The upgrades for Red Bull were working well and the tight nature of the track meant that a team with a good chassis could overcome any power deficit it may have as evidenced by McLaren’s 7th and 8th place performance.

Lewis Hamilton struggled with vibrations and radioed his team several times about the balance of the tires but I found it interesting that he was still pushing the limits of the track in FP3 and finding it difficult to stay on the island. Clearly Lewis was struggling and trying to make something from a car that didn’t quite have the pace of the Ferrari’s.

Pole position is one thing but winning the race is another and we enter this weekend with the specter of reliability issues on older engine parts as well as the possibility of a bad start or even the flying Dutchman who could spoil someone’s race in his own quest for a podium finish.

Ted Kravitz reported it was sim work by reserve driver overnight that resulted in improved performance today… he had driven in FP1 for Sauber. Maybe he “borrowed” something from Sauber. Maybe the floor is flexing again… maybe they were burning the midnight “oil” into qualifying?

Great podium for f1 ferrari fans … one two for ferrari…. for other fans as well 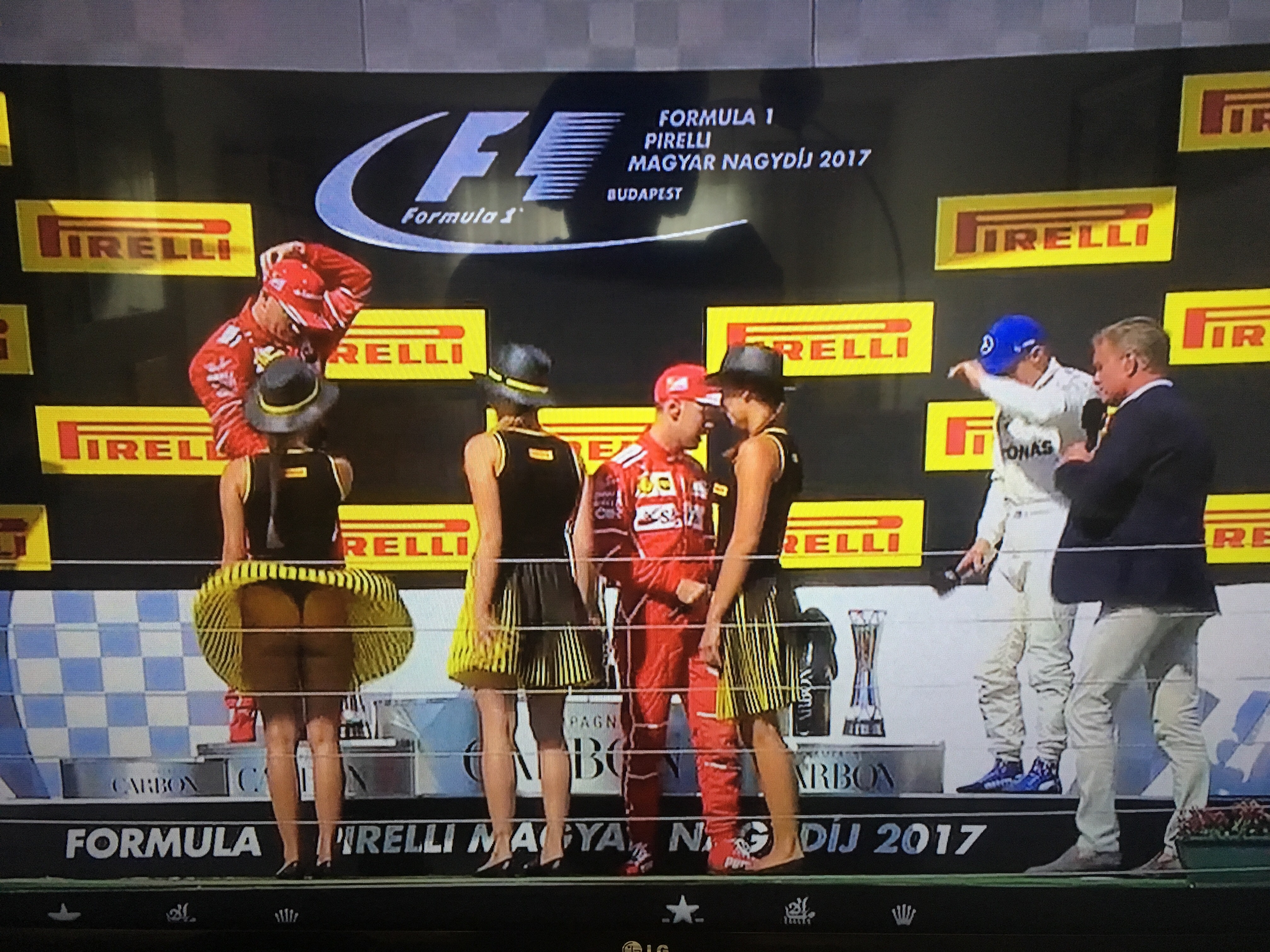