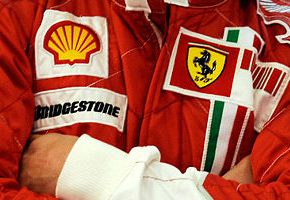 The Grand Prix turned out to be a race of attrition for many teams with nine cars retiring from the race. The home town hero, Fernando Alonso, had qualified 2nd and ran a tidy race that may have signaled a huge resurgence in the Renault team until a mechanical failure left him stranded on lap 35.

McLaren had a good and bad day as Lewis Hamilton secured a podium finish in his efforst to show that he is still the daunting figure in Formula 1 that the world suggested he was a year ago. But perhaps the scariest moment was a rim failure that saw Heikki Kovalainen spear a tire barrier at high speed and bury himself under a stack of tires unconscious. He is reported as slightly concussed and sore but in stable condition and expected to be ready for the Turkish Grand Prix in two weeks time.

Noteworthy performances must be given the BMWâ€™s Robert Kubica who finished fourth while his teammate suffered from a 10 second penalty due to refueling during the safety car period (a rule that BMWâ€™s Dr. Mario Theissen is seriously calling for a change on). Red Bullâ€™s Mark Webber finished 5th with a steady and quiet run betraying the â€˜the car is rubbishâ€™ talk that his experienced teammate David Coulthard has been giving recently. Coulthard seems to be an altercation magnet as he was again involved in an incident with Toyotaâ€™s Timo Glock leavening David one lap down in 12th.

Jenson Button held the Honda flag high as he placed 6th with a respectable run and outshone his total-number-of-grand-prix record breaking teammate Rubens Barrichello who suffered from a fractured front wing exiting the pits. Notable was Kazuki Nakajimaâ€™s 7th place finish for Williams F1 after his teammate Nico Rosberg suffered and engine failure.

Highs? To be a Ferrari or Kimi fan. Lows? To be just about everyone else. Ferrari looks dominant and todayâ€™s performance has left many wondering if Alonsoâ€™s impact on McLaren was greater than what the team suggests or is it that Ferrari have just found that secret sauce in the 2008 car that will see them to the end victorious and out shining their closest rivals?