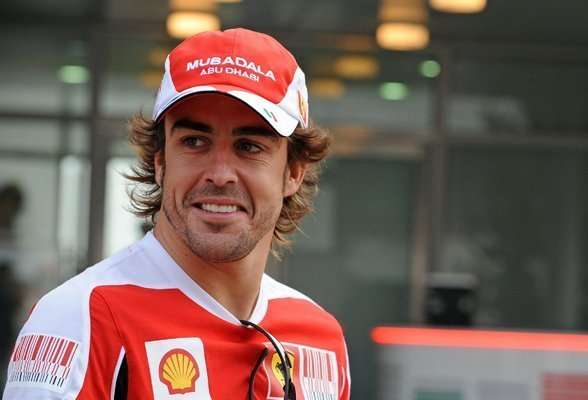 As we noted yesterday, Fernando Alonso has been picked as the top driver of 2010 by Formula 1 team bosses in the annual poll done by Autosport.

It didn’t take Ferrari long to jump all over this piece of news:

He might not have managed to take a third Formula 1 championship title just yet, but votes from the twelve Team Principals rate him as the best driver of the 2010 season.

“I am very pleased to learn that the majority of team principals chose me as their best driver of the year, even if it goes without saying that I would have preferred to receive that accolade in the guise of world champion,” commented Fernando. “It is yet another reason to claim this has been an amazing season, despite the disappointment at the final hurdle. The team and I fought all the way to the very end, without ever giving up, even when it all seemed like a lost cause: we staged a remarkable comeback. Next year, we will be looking to do better, but I will still remember 2010 as a wonderful year.”
.
The ballot might have been secret, but not the fact that Stefano Domenicali voted for the Spanish driver. “I am pleased and proud that Fernando has been rated by my fellow team principals as the best driver of this past year: he had a fantastic season. It is hardly a secret that he is a talented driver, but I must say, on behalf of everyone at Ferrari, that it was an honour for us to work with him from the human perspective. Fernando was a driving force and our aim next year will be to give him and Felipe a car which is competitive at the very highest level, right from the first race.”
.
Felipe Massa also figured in the top ten, coming in eighth equal with Hulkenberg on 17 points.

OK, I know Fernando is “the guy,” but would it have killed Ferrari to have said a little something nice about Massa? Maybe along the lines of:

“In his comeback year from a horrible injury, Felipe Massa demonstrated his skill despite some technical regulations that clearly did not allow him always to maximize the F10’s potential. Felipe is a true competitor, one who shows the Ferrari spirit during every second of every lap, as well as off the track. We also thank him for moving over in Germany.”

OK, maybe they wouldn’t have included that last sentence. But still.

Also, I’d like to add to the Ferrari lexicon, joining “dynamic stability,” the phrase “from the human perspective.” I can’t help but imagine that the pigeons and dogs and whatever other animals might be there in Maranello are not fans of Fernando. (Does he treat them cruelly? What’s the story there, Luca?) I mean, really. What other perspective could Luca speak from?

I’m also hoping that if and when F1B gets around to rating the 2010 drivers, and if Fernando wins, that Ferrari will respond to us as quickly.