In the world of a racing school one of the largest and hardest things to learn and perfect is the art of braking. I can’t remember how many times I’ve walked by the classroom hearing our friends Jeff Westphal or Simraceway chief instructor Nico Rondet harping on about initial brake pressure, brake release timing, digressive braking force due to downforce reduction etc.

As you may have seen (and feel free to check it out) we did a little video for F1B a couple of years back discussing such things. When discussing these particular elements to students, it is broken down into 3 sectors (yes it’s that critical).

Zone 1 is initial brake application. Zone 2 is gradual release of pressure as aero grip goes away and Zone 3 is the release of final pressure in corner entry. As opposed to most street driver’s approach which is braking harder as you get to the slowest or stopping point on the street, a racing car with aerodynamic downforce—and actually street cars too but to a lesser degree (unless your car has up force engineered into it)—have more load pushing into the ground at higher speed.

As that speed dissipates under braking so does the load, which is why minimization of time loss between full throttle to full brake is an extremely important time that a quick-footed driver can use to shorten the brake zone and allow for a later braking point. 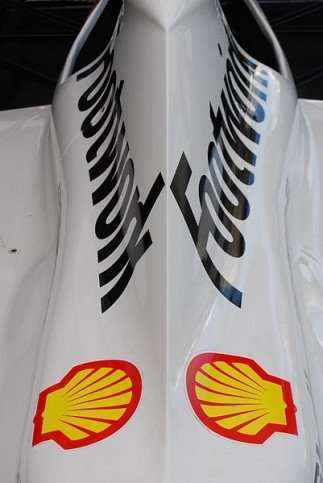 If you ever want to discuss this in detail and how much practice and thought should be put into it just sit down with Allan Mcnish or even another F1B contributor/driver Ken Dobson for a while. There are huge gains and losses to be had in this area.

There is never a greater time to brake your hardest than initial application in Zone 1, after that it is a skill that every driver needs to be fully in tune with his car to gradually ease off that pedal to perfection to make 100% use of the cars available grip at that moment.

As this being the case, a finely tuned F1 driver could find a massive advantage against his less talented rival using his or her braking talent, until now of course. You’ve heard some of the drivers get out of the car after a GP this year and say “ it was like a stroll in the park” or “I just drove around and this is where I ended up”.

There’s no doubt F1 drivers can be a whiny bunch “I’m driving on raw eggs!” “The tyres are too soft, and can’t last!” “The tyres are too hard and last too long!” etc, etc. But I think the current rule with the fuel flow regs has brought us into the lift and coast era, which is something we work diligently with racing school students to get rid of, as it is an instinctive and negative influence on a slower lap time—is this what we want our heroes to be doing?

As the previous paragraph stated, this ability to maximize a cars braking ability is a key part of a great racing driver’s toolbox of tricks and with the need to conserve the fuel for most of the race we are really back to extreme tyre deg type driving.

Of course conservation and efficient driving is and should always be a part of racing but the degree of this has swung way out of proportion. Of course as we have found over these many years of F1, the FIA have a very strange thought process to what F1 should be and what we “the fans” paying the bills want it to be (double points anyone? Anyone?)

I am more than willing to watch a couple of not-so-mega-super-crazy-exciting races to know that each driver is able to push his car and test his skill to the limit through the entire race and not feel like we saw a hyper miler extravaganza unfold. I’m here to see the great drivers be great, that’s why I was glued to the fence outside paddock hill bend at Brands Hatch all those years ago as the likes of Ayrton, Gilles, Nige, James & Niki came through teetering on the edge of adhesion.

And we really do have an incredible group of drivers right now, so lets release the hounds put a few more gallons in the tank and let the games begin! I generally do enjoy the new power unit format as I think it is an exciting and very interesting technical challenge (although engine freeze rules are thwarting forward progression, but that’s a whole other story).

These are F1 cars for crying out loud, lets use this to make the bloody things faster not slower, the pinnacle of racing should be incredibly difficult to control, I want to revel in the mastery of dance of the very special drivers as they go by, how about you? The chance to prove that you can push the boundaries better than the rest is what drives any good racing driver, you start taking this away and they may want to move to other avenues and so might the fans.