It goes without saying that I’m jealous of British Formula 1 fans. Sure, we get the F1 races here in the States but few can deny that the amount, quality and insightfulness of the Sky Sports F1 coverage in the UK is singular in nature. While NBC Sports covers the races here in the US, they do not provide the kind of exhaustive coverage that Sky Sports has afforded their viewers.

I can’t elaborate but I’ve watched the Sky Sports F1 coverage and it is nothing short of brilliant! I often wonder just how British fans would survive if they were subjected to the limited coverage much of the world has given their expectations and appetite for F1 coverage has been shaped by one of the best in the business?

One of the key minds at the microphone is F1 driver Martin Brundle and this week he was challenged to create the ultimate F1 track using elements from every circuit on the 2015 calendar. The layout includes over 40 turns, chicanes, straights and sections recognizable to Formula One™ fans around the world such as Casino Square at Monaco, Silverstone’s Copse and Abu Dhabi’s Marina Complex. 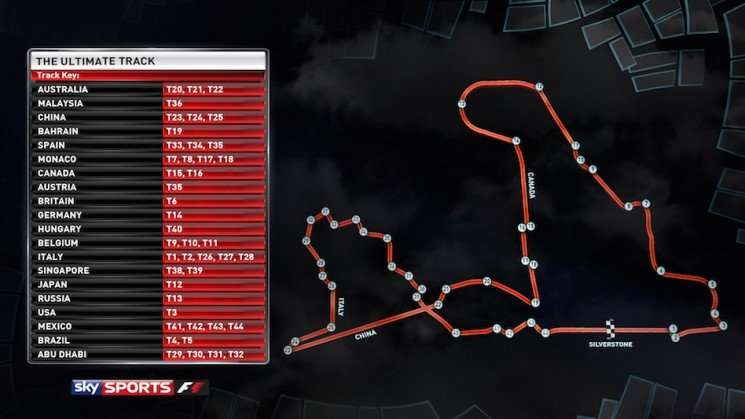 ‘The Ultimate Track’ is a fast and long circuit with big contour changes and features the pit straight from Silverstone, first chicane from Monza, the signature climb at Austin to the Eau Rouge at Belgium. The circuit’s shape is based on the figure of eight from Suzuka. 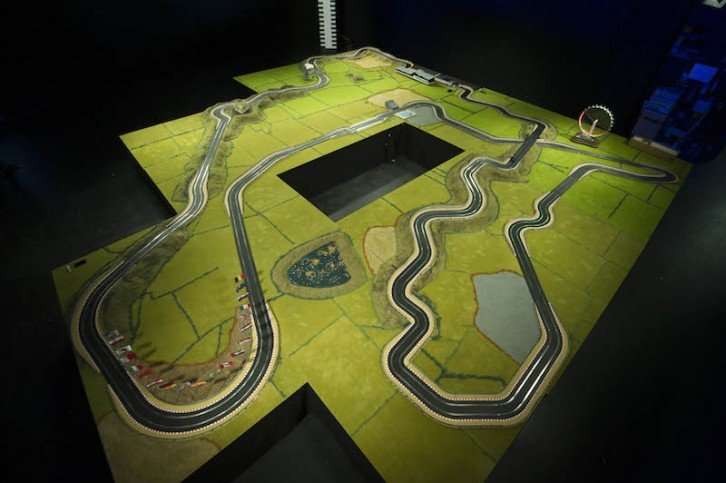 “The team challenged me to design my dream circuit using sections from the 20 F1® races in 2015, all of which will be live on Sky Sports F1®. I immediately wanted a figure of ‘8’ like our beloved Suzuka, and could only dream of driving a series of corners such as scaling the mountain up to turn one in Austin before falling through the ‘Senna S’ of Brazil and towards Silverstone’s fearsome Copse corner. And that’s just a small section. Now amazingly, we’ve built a model and so I will revert to my childhood for many laps. It’s going to get competitive.”

The track has been brought to life by Scalextric, as the biggest layout the slot car track experts have ever designed. Parts of every single track from the 2015 season can be seen on Martin’s ultimate circuit which has been built to a massive 9m by 9m. Scalextric’s impressive 45 meter long track is made up of 177 pieces and includes track laying, landscaping and all the final detailing.

I’m no Herman Tilke but I’m thinking this is one impressive circuit and the next question is, who’s going to build it because this might be my new favorite. Do you like the circuit? Which elements appeal to you?