Formula E ‘Sparks’ momentum with Rome E-Prix, US next?

Formula E Holdings Ltd. (FEH) – the official promoter of the new FIA Formula E Championship – has announced the purchase of 42 electric Formula cars from the newly formed company, Spark Racing Technology (SRT). The cars will be used in the Formula E Championship inaugural race in 2014. SRT, led by Mr Frédéric Vasseur, on Monday announced it had reached an agreement with McLaren Electronic Systems to design and construct the powertrain for the first Formula E car. Commenting on the purchase, Mr Alejandro Agag, CEO of FEH, said:

“We are very pleased with the announcement made by Spark Racing Technology and McLaren. The high calibre of the respective manufacturers, SRT and McLaren Electronic Systems, has great relevance for our Championship and also shows their commitment to innovation, excellence and technology.” 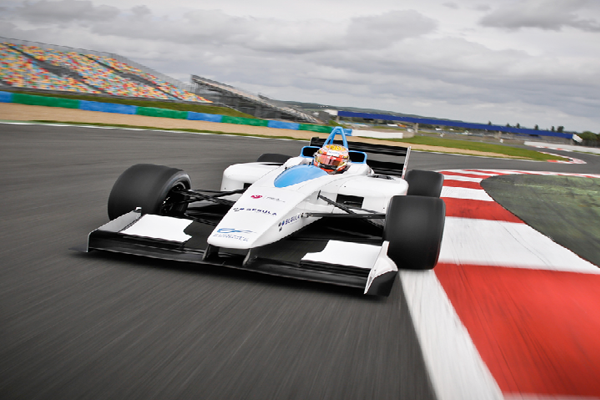 “I’m a passionate believer in the role that motorsport can play in showcasing and spearheading the development of future technologies, and regard the Formula E concept as an exciting innovation for global motorsport.”

Who can blame him for being excited? When you are the supplier of ECU’s for Formula One and now the supplier of the heart of the Formula E series, what’s not to be excited about? The format is an open series and details are emerging about where the series may race with a round announced in Rome…a place F1 boss Bernie Ecclestone considered but never executed. Agag told ESPN exclusively:

“It’s great news for the championship,” Agag said. “This is the first city we’re announcing in Europe – we already had one announcement in South America; Rio de Janeiro – and actually we have already lined up another five or six cities to announce, but to make this first announcement is a big moment for us. Especially a city like Rome which is going to deliver an amazing show with all the monuments as a backdrop so we’re really very excited.”

As the series seeks support, it has targeted the United States as a place for multiple races. Perhaps on the notion that America is passionate about electric cars and while that sounds good I’m not sure the EV sales are quite representing “passionate” but they are selling nonetheless:

“We are announcing two races in the US – in really big cities in the US – and it’s really exciting because this championship is really catching a lot of traction in the United States and their passion for electric vehicles and clean mobility is very high there, we are realising.”

This is a market that Formula One has failed to effectively conquer and the thought of E-Prix’s in major cities in the US seems like an interesting concept that could achieve something F1 simply has not been able to in the last 30 years. Agag said:

“We, as the promoter, are focusing our efforts to ensure racing venues will demonstrate the potential of electric Formula cars to spectators. Formula E wants to show that electric cars are fast, reliable and safe. Our mission is to establish electric cars as a real option for people’s daily lives, one that will make our cities cleaner and more liveable.”

The 2014 inaugural race will feature 10 urban races. FEH has already received interest from a large number of cities to host the ‘E-Prix’. Formula E Holdings will soon define the list of venues that will be proposed to the FIA for hosting races in the first season. Announcements in some of these cities will be made in the coming weeks. In placing an order of Spark Customer Cars, FEH plans to make 4 cars available to each of the 10 teams. In addition, one will be used as the official test car and a second one for the FIA crash tests.

Should a team build and develop its own car, the remaining Spark Cars will be used for roadshows and other racing activities. Until now, the team led by Frédéric Vasseur had been working on the French designed Formulec car, the first electric Formula car to be built. FEH acquired the Formulec technology last august and integrated the team into the FEH structure, showing its commitment to cutting edge electronic technology. As the first electric Formula racing car using high performance lithium batteries, the experience with the Formulec prototype will serve as a basis for the new Spark cars and for other potential interested constructors.