Join Grace and me as we discuss the Formula 1 news of the week as well as start our course in acoustics in order to bore you to tears in the off season. NOISE vs SOUND…it makes a difference and it’s important to know what words mean.

As an aside, look at the latin root of both words. Noise is from nausea and sound from sonos. Neither of their synonyms includes the other. What F1 press, teams and the FIA continue to do is infer that the noise of an F1 car is nausea and a negative aspect of their very own sport! Mercedes prattling on about how fans don’t like the “noise” of the cars or the press talking about fans wanting the “noise” increased etc. 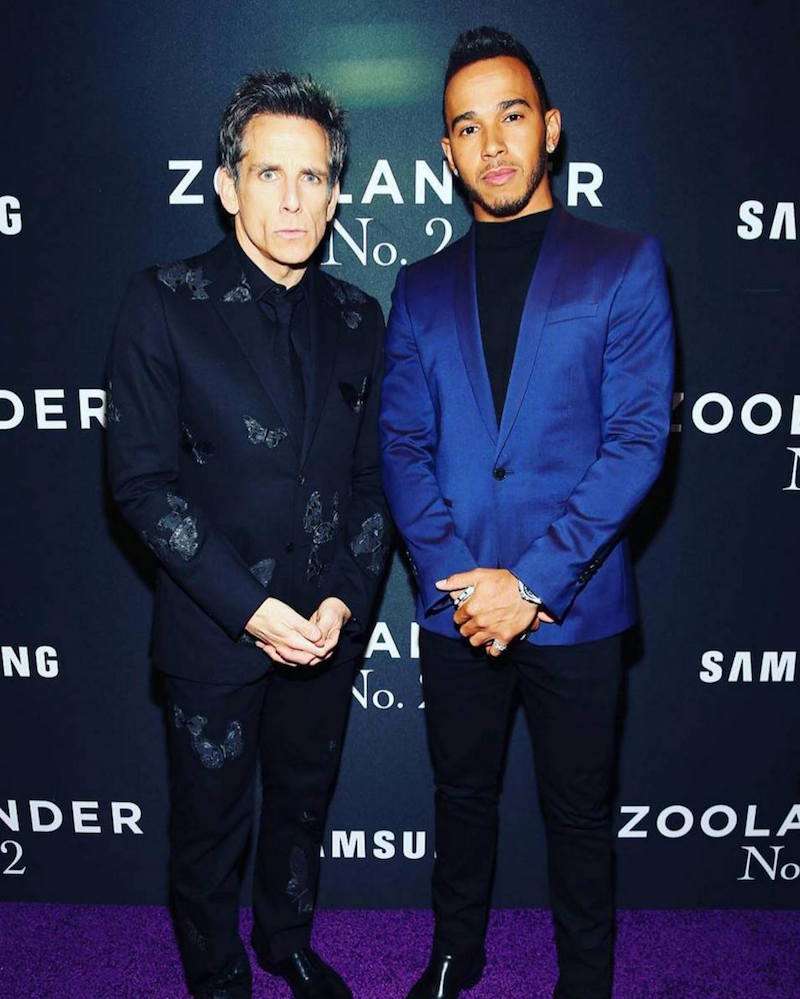 1……or you can just….yanno, reveal the car and be done with it. 2. Who cares if you want to put on a circus performance? Just show the car and be done with it. 3. This little bit of tech instruction is brought to you by the makers of nothing at all. Enjoy! 4. Now, how about something for those of us who are old enough to remember 8-tracks and vinyl records? 5. I used to go to car shows here in Austin. That generated enough buzz right there. 6. Noise is in the ear of the beholder. 7. It would… Read more »

On the subject of noi… I mean “sound” (sorry, couldn’t resist :-D), I actually liked the 2016 Ferrari engine sound. But then I’m one of those who fundamentally like the way the V6 hybrids sound – they have a low, guttural (almost predatorial) tone to them that I really like. They could be a little louder, but on the whole, I’m with Grace – as long as the racing is good, the sound is quite low on the list of things that matter. Then again, I like the other F1 engine eras too – from the orchestra of DFV’s spiced… Read more »

You bring up a great point, the sound of each manufacturer. I could tell a Ferrari from a McLaren etc. While the V8 era did get close to the same, I will say, in support of these new engines, that I could hear the difference between them Especially Honda’s from everyone else. Even Williams and their Merc’s sound different than Merc and their PU’s.

And on the subject of the halo (I can’t stop thinking about “Minority Report” whenever i hear about this device), while it looks like it’d obstruct the driver’s view, it probably won’t be too bad. There are already stuff in the direct center line of sight (antennas, pitot tubes etc), so as long as the device doesn’t get too wide, it probably won’t be too bad. But I too worry about the post-crash safety – how will you get the driver out? I suppose they have thought about that, but it’d help to know. Personally, though, I’d prefer a complete… Read more »

I’ve concluded that the FIA and FOM knew full well that the quality of the sound of the engine wasn’t as pleasing as previous eras. They made a conscious decision to spin the aural issue in order to support the turbo hybrid power unit . The V8’s and V10’s were “bad” and and the new power units are “good.” Trying to make the new power units have characteristics of the old engines hurts their narrative and thus you get terms like “noise.” FIA Media Executive to Press Official: This is noise and you will keep calling it noise until everyone… Read more »

Great noise you guys made this week, thanks for the show.

Well, we like the “sound” of our own voices apparently. :)

I know it’s been beaten to death this week but i totally agree with the sound vs noise thing. Google sums up my feelings as such.

“Sound is what we hear. Noise is unwanted sound. The difference between sound and noise depends upon the listener and the circumstances.”

I don’t think the sound of the engines are unwanted noise.

I wouldn’t have brought it up but when I get email telling me I’m an idiot, it’s the same thing, it is an affront to me because that’s my day job. I know the difference. It’s also important because what you’ve seen here is the teams, the FIA and the press all in lockstep over what is seemingly a simple choice of words but it isn’t. It’s dog-whistling a message and when Mr. E at FOM says he thinks the engines are not right for the sport and sound bad, people heap scorn on him and he’s one of the… Read more »

In the past weeks Negative Camber, you have talked about Mercedes dominance in F1 races over the last few years, yet you fail to bring up the glairing issue of Lewis Hamilton dominating the fashion award. Since the inception of the fashion award have we ever seen this kind of dominance? How many consecutive weeks now has Lewis won? I don’t think even Schumacher saw this level of dominance in his prime. I feel that Lewis is a very deserving winner of each award and that we need this to be a call to action for the other drivers to… Read more »

No doubt. He makes the fashion awards easy these days. In the McLaren days, he was much more understated with his fashion but now…wow. He’s gold! No one has dominated the Fashion awards like he has. There’s no stopping him.

What a rant about audio and media. As a person struggling to create podcasts, I’ll take note and know my place. Attractive engine sound makes racing more enjoyable. It’s always secondary in the sport, but to what gap between them is debatable (not a fan of FormulaE, Teslas, etc). If noise is what is desired, everyone would be fans of those coffee can ricers driving around. Next tip: Tell us the best climate to propagate sourdough starters with your opinion on the argument about it not necessarily developing a local/unique yeast strain. Funny that the sound engineer can’t make sounds… Read more »

I prefer the ‘sound’ of the V6 hybrids over the old V8’s. The volume is lower so i can attend the Melbourne GP without ear defenders and the sound has more ‘character’ to it. Unfortunately the ‘character’ in the sound of the new engines doesn’t come across on TV, you need to be trackside to appreciate it. In a park circuit like Melbourne they’re loud enough, at a ‘TilkeDrome’ maybe they’re too quiet (I haven’t attended a race at one of those tracks).

While I do not like the sound of them as much as I did the V10’s or 12’s, I do like that you can hear the difference between engine notes and manufacturers. Seeing them live in Austin, I have to admit the Honda sounded cool. They growled a lot more than the others. :)

Yes, Honda may be doing something different with firing order as the sound is there when accelerating, not just on on part throttle when they could by cylinder cutting. I think however that as the engineering solutions adopted by engine manufacturers converge, we will end up with a field of engines that sound more the same than they do now (it would be good if they also perform the same). This is one aspect of WEC I like (although I haven’t attended a WEC race) – the solutions adopted by the different teams are very distinctive along with the sound… Read more »

On the subject of sound quality, Todd what do you need in terms of USD to supply Grace and Paul (and Mark if he is to return as a regular podder in 2016) with the hardware and/or software so they stop sounding like they are talking through their doona/duvet/comforter from the boot/trunk of their cars? I think we might be overdue for a little crowdfunding effort here for the benefit of all us avid fans/listeners/hecklers

This was a case of Grace’s headset being broken, she had to use earbuds for this cast. :) The difference really isn’t them, it’s me. They use standard Logitech headsets which are certainly common, I use a professional broadcast mic (Shure) and mixer etc. I do normalize the recordings but also compress them for size reasons. People get mad when I have 90mb files. Compression has an impact as well.

All that being said, I would be happy to have a crowdfund for FBC to get us properly monetized. :)

I usually go with Plantronics (TM). The difference is amazing.

For all those who don’t comprehend the difference between contexts of word “Sound” versus word “Noise”.

You can also look up the Fletcher Munson curve to understand how our ears work. :)

Rantcast alert!
Whoever is razzing Todd about noise being the same as sound, just knock it off, right now!

I’m thinking … when drivers started to wear balaclavas and closed helmets, concealing the drivers’ faces, did they ask the fans for their approval? Or whether the fans liked seatsbelts? Wide and high sides for impact protection? Does Spa ask the fans whether they agree to increasing a tyre wall from two deep to four deep? I’m a fan, but I consider my interests in whatever sport I’m following completely secondary to anything the sport itself might change for good safety reasons. If they think they need to increase cockpit protection, there may be lots of expert opinions they should… Read more »

Something NC would enjoy – https://www.youtube.com/watch?v=PR6S74IVHWs