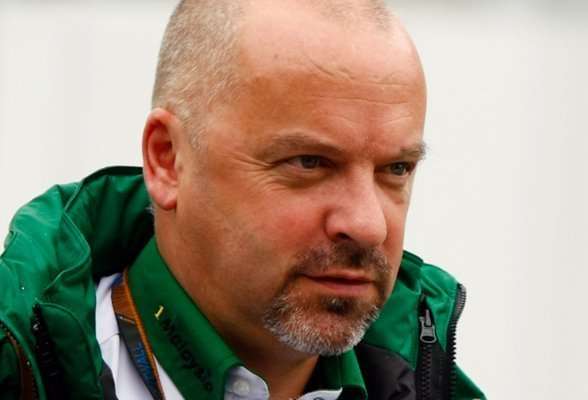 When operating an F1 team, the conventional wisdom is that you have your HQ based in the UK. That has been the sentiment for several years now and while team USF1 attempted to debunk that theory, they didn’t survive long enough to do so. Did the location, North Carolina, part of the problem? That could be debatable but they were not alone.

Lotus Racing’s, or whatever its called now, Mike Gascoyne recently spoke with Paul Tan about the desire the team once had to move its operation to Malaysia. The team is currently based in the UK but team boss Tony Fernandes was very vocal about taking the team back to Malaysia. So are they still planning on doing so?

“Tony, when he came into this project was very keen, even initially, to move everything to KL and I always felt that it was possible. One thing I’ve got to say about Tony and the shareholders are that they’re very quick learners. They came into the business and they rapidly realized that with the amount of specialist support companies you need, the pool of experienced engineers that you need to tap into, you’ve got to be in the centre of that, and that’s in the UK. I still think that we want to set something up in KL, possibly in Sepang.”

Gascoyne sees some real talent and potential in Malaysia and just like USF1 before them, they feel the talent is there and the potential to develop young talent is also present. USF1’s concept was to be nestled in the heart of NASCAR country with all the resources present to support that series. Logisitcs do reign supreme however and while Gascoyne is keen to set “something” up in Malaysia, the notion of the entire team being based there has taken a back burner:

“I think there’s a lot of talent in Malaysia, you can see by the number of engineers that are sitting outside. But I think some production facility, you’ve got facilities like CTRM and also utilizing all the skill sets in the universities, we have close links with UTM. So I still think we’ll be looking at the technology centre in KL. So the plans have rescaled, but I think that’s just a function of telling shareholders, realizing, learning about the business, realizing the strengths of being here, but also Tony’s very keen to put things back into Malaysia. Inspire young Malaysian engineers, not just engineers but mechanics, people in PR, marketing. In fact this morning we were having a meeting on running show car events next year, a lot of which are in the Asian region.

It may well make sense for us to base the show car programme out in Malaysia in Sepang, so we’ll have a small team running that programme and hopefully look at Malaysian mechanics. We’re a Malaysian team and we’re proud of that. Hopefully in a few year’s time you’ll see Tony up in the winner’s podium getting the trophy and the Malaysian flag being pulled up. But we’re very proud of that, undoubtedly there will be a technology centre in KL.”

So it’s the show car program only now? Well, that’s better than nothing but the harsh reality is, F1 I still brewed, distilled, cooled and packaged in the UK. All the best will in the world won’t change the fact that economies of scale are paramount in a sport that devours dollars like Hoover. I have a tip for the team, it would be cheaper to send a few young Malaysian engineers to the UK to learn than move the show car program to Malaysia.

The notion that when a man in an emerging world becomes successful he immediately wants to play the role of national savior by bringing prosperity back to his fellow, impoverished countrymen is nothing new. Force India’s Vijay Malya has often been accused of not supporting India’s drivers and I was charmed by his sentiment that he is here to win and not create jobs for Indian drivers of suspect skill.

Oh, and what about that whole name issue? Gascoyne says:

“I think it is a great shame, I think on one level Tony has stressed to everyone that the team is about people in the team and whatever we’re called isn’t going to change what we are as a team. We’ve built up that team and the fan base around the world and in Malaysia. We built up that team and that isn’t going to change. And our view from me as an engineer, whether painted green, black, pink, or bright red doesn’t… how fast the car goes in the first test, won’t be affected at all by what the team called. Having said that I think we’re all intensely proud of what we’ve achieved this year as Lotus Racing, bringing the name of Lotus back into Formula 1.

That could never be taken away from us, I was born and bred in Norfolk, as I said, to me it was a great sense of pride to bring back the Lotus name back into Formula 1 and I think we brought tremendous value to the brand, and I think we want to continue to do that. It is a great brand it has great heritage and for me Lotus is about engineering. It’s about building engineering and racing, racing cars. That’s what Team Lotus did, it did it in Norfolk and that’s what we’ve done here in Norfolk and we’ll continue to build and race. Was Colin Chapman and Lotus about branding a French car as Lotus? I’m not so sure it was.

I think Colin Chapman was one of the great innovators in Formula 1 when he brought sponsorship into Formula 1, I think he thought that he’d be receiving it not giving it out. But that’s for Tony and the shareholders to work on. We feel that we’ve got the best shareholders in Formula 1. We’re very proud to work for them. We’re going to repay them by working hard and designing them a quicker car. They can call it anything they like and we’d still be doing that job for them. There is a sense of pride for bringing Lotus back into Formula 1.”

So Tune Group it is? We’ll see.