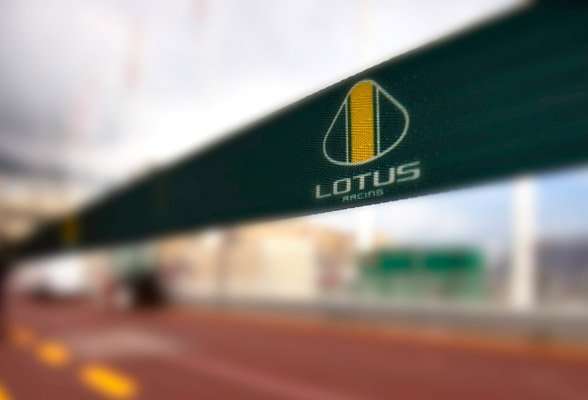 We asked you how you felt about the Lotus debacle and what team you felt was the legitimate F1 team. We discussed it on our most recent podcast #190 as well. In an interesting twist, AUTOSPORT leads the story that the family of the late Colin Chapman has offered their support to Lotus-Renault F1 GP and DAny Bahar instead of the Team Lotus team of Tony Fernandes.

In a statement, carried by AUTOSPORT, the family said:

“The Chapman Family is impressed by the exciting developments underway at Group Lotus, and it is very grateful to Proton for the significant investment that is being made, to secure a strong future for the excellent workforce at the Hethel factory,” stated Chapman.

“In 2010 the Chapman Family and Classic Team Lotus have been pleased to support Group Lotus in many ways. In consultation with Proton, this included supporting the use of the Lotus name in Formula 1, which was licensed by Group Lotus.

“The Chapman Family was impressed by the achievements of Lotus Racing as a new team, and appreciated its respect for Team Lotus history. However, then its license to use the Lotus name was terminated and things changed.”

It seems the family are not too keen on reviving the Team Lotus name. I will admit that I was surprised by the lack of consternation posted by our British readers over the issue as I have always assumed that the Team Lotus name is sacrosanct but it seems that many have appreciated the little team that could and the efforts of Tony Fernandes. All those efforts seem to be winding down as the family, who allowed Fernandes to carry Chapman’s famous hat to each grand prix, have announced their concerns on reviving the name. Their statement continued:

“During 2010, the Chapman Family, as and when appropriate, made it clear to those involved that it would prefer that the Team Lotus name should not be used in Formula 1. Indeed, assurances to this effect were received,” he said.

“The Team Lotus identity represents the motor racing legacy of Colin Chapman, and this was preserved by the Chapman Family and invested within Classic Team Lotus. The association by Group Lotus with Team Lotus history is much appreciated and entirely appropriate, especially as it is in keeping with how things were in Colin Chapman’s time.

“The Chapman Family is looking forward to continuing to give its support to Group Lotus, which is the ongoing Lotus entity created by Colin and Hazel Chapman. After all, the Lotus marque is the responsibility of Group Lotus, and Hethel is the home of Lotus.”

So now what do you think? Is it back to 1MRT for Fernandes or the Tune Group racing? Would Fernandes abandon his feelings toward the wishes of the Chapman family?

Previous articleConsarnit! Looks like no Kimi in NASCAR
Next articleHere’s how to use your drivers to promote the brand