If I’m honest, the 2020 Haas F1 car brings a big sigh of relief to me as it has gone back to it original livery and color combination. Now that’s a Haas F1 car!

Sure, you could argue that it reminds you of the Porsche racing colors but Haas come by it naturally as the company’s corporate colors are of similar hues. The big question will be, have they solved the issues that plagued them for most of 2019?

It’s a team that wants a break, needs a break and deserves a break in 2020 and if Ferrari have made progress in their power unit performance and Haas has worked with Dallara for a competitive chassis, then fingers crossed.

KANNAPOLIS, North Carolina (Feb. 6, 2020) – Haas F1 Team today unveiled the design and livery of its VF-20 challenger for the record-breaking 22-race 2020 FIA Formula One World Championship. The reveal across the team’s social media channels showcased a variety of digital renderings of the VF-20, set to be driven by Romain Grosjean and Kevin Magnussen, complete with its new livery – one which sees the American outfit return to its traditional base colors of gray, red and black in a contemporary restyling of a familiar theme.

Haas Automation maintains its significant presence on the VF-20, the global CNC machine tool company founded by team owner Gene Haas prominent on the sidepods, engine cover, front wing endplates and rear wing – a continuous theme in the livery since the team’s Formula One debut with the VF-16 in 2016. Team partners JACK & JONES, PEAK, BlueDEF, Richard Mille, Alpinestars, Windshear and Pirelli continue to enjoy on-car branding while MindMaze and Nominet will feature on a variety of key team assets throughout trackside operations. 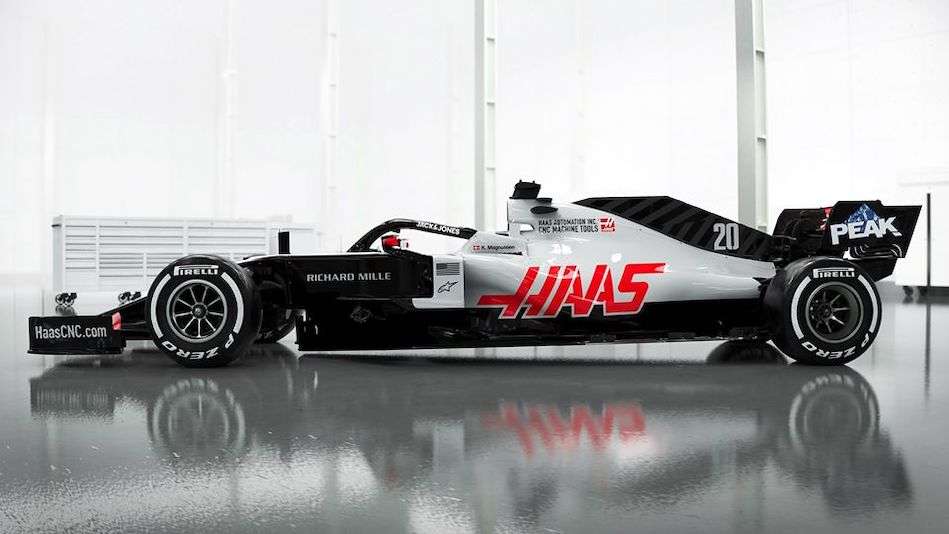 The VF-20 will make its physical debut on Wednesday Feb. 19 – the opening day of pre-season testing at Spain’s Circuit de Barcelona-Catalunya. Grosjean and Magnussen will unveil the car at 8 a.m. outside the Haas F1 Team garage. Magnussen will undertake steering duties that day with Grosjean driving on the Thursday – both drivers are then expected to split the third and final day of the first week of testing.

“I’m pleased to see the car return to the more familiar Haas Automation colors, it’s certainly a livery that people identify with,” said Gene Haas, founder of Haas Automation and chairman of Haas F1 Team. “Frankly, I’m hoping the VF-20 will return us to the kind of form we ran in 2018 when we finished fifth in the constructors’ championship. 2019 was a tough season to endure. We’ve been through a real education process, one that comes to all Formula One teams at some stage. I’m trusting we’ve learned from those lessons and have applied that knowledge into making the VF-20 a more competitive entry. It’s important to me that we’re back in the mix and consistently scoring points, we certainly have the capability and we’ve proved as an organization we can do it.” 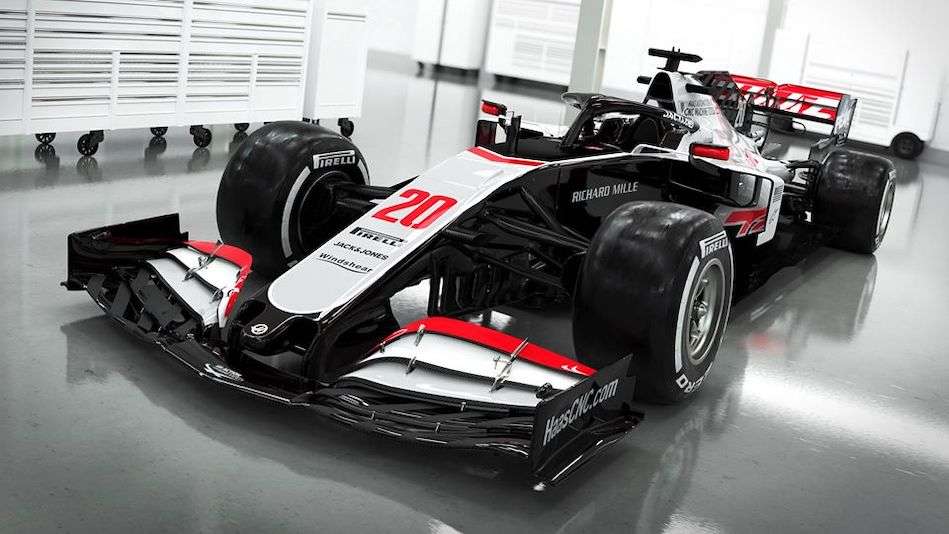 Team principal Guenther Steiner commented; “It’s always exciting to see the development of a new Formula One car and undoubtedly the VF-20 has to deliver where our previous car didn’t. With the regulations remaining stable into this season, it’s allowed us to improve our understanding of the car and to scrutinize ourselves more in order to find solutions and applications to channel into the design of the VF-20. Last year was definitely a set-back, one I would never have asked for, but you learn from such situations – we all have. Everybody at the team was forced to look at themselves and understand what they can do better. I’m looking forward to seeing the VF-20 make its track debut. As always in testing, you want many things, but lots of mileage, reliability and speed would be welcomed as we ready ourselves for the first race in Australia.”

Though I too am excited to see they’ve gone back to the old livery style, I must say that in recent years, where as car launches used to be a big and exciting unveiling, many now opt for a rather anticlimactic image releases. It’s like Jaws showing the shark first, and then the rest of the movie progressing from there, lacking all suspense and interest.

Show me the real deal please. Not something that millions of people around the world could render with the right software.

Previous article
Coronavirus leaves Chinese GP in doubt
Next article
Would a three-way battle in 2020 excite you?