The Mercedes Empire and Darth Lewis have once again claimed pole position for the 11th time this season and the seventh in a row. That ties the record for most consecutive pole positions with Alain Prost. maybe it’s the new power unit in Lewis Hamilton’s car or his new hair color but the 2015 world champion was on it!

Mercedes brought a new engine to the Italian Grand Prix this weekend but reverted Nico Rosberg’s to his older Spa Francorchamps power unit when the German experienced strange oscillations during FP3. The delta between new and old became tangible as Nico qualified behind both Ferrari’s at a high-power circuit the Italian teams wasn’t expecting to do well at.

Ferrari headed into their home race feeling they’d be off the pace and struggling behind the Mercedes-powered cars but to the crowds delight, they surprised many with their qualifying pace. They even surprised Kimi Raikkonen:

“We have probably surprised ourselves a little bit. We expected a strong weekend but this track is probably not our strongest,” said Raikkonen. “But it’s nice to be here and it’s our best qualifying this season as a team.” 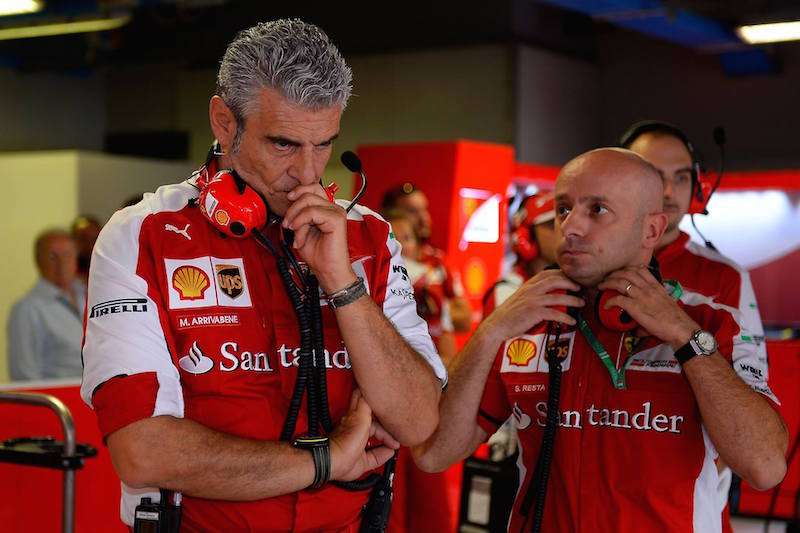 The Williams duo of Felipe Massa and Valtteri Bottas did well along with the fellow Mercedes-powered competitors, Force India.

The key to the race could be the start. If Ferrari can get a better start than Lewis Hamilton, they’ll be difficult to pass although the DRS zone at Monza will certainly make it easier. Lewis has been at the top of his game this year and coupled with the pace of the Mercedes power unit, they’ll be a very difficult challenger to beat.

Getting a jump at the start may be Ferrari’s only hope but there is also the question of Nico’s new engine that experienced issues. While Lewis didn’t suffer the same issues, it is a risk they run by using the new power unit on Sunday. Anything can happen, including the Mercedes being bulletproof and Lewis running away with the race after the first 10 laps.

Ah, ok. He shares it with Prost but has Senna to match. Got it.

If he doesn’t have a repeat of Rosberg’s engine problem,he could end up setting a vastly improved record. There really is no stopping him

Yes, after their penalties the McLaren’s move to 15th and 16th

Its tough for me to accept, but Kanye Hamilton is damned good. I prefer my F1 hero’s to be the ones who have to work at it . This season in particular it looks like his ‘natural talent’ is able to put the Mercedes in an unassailable position, and it looks effortless. Can anyone tell me that its all a cleverly constructed front , and cruise mode Lewis really spends his time away from the track at the factory angsting away through set up data and ways to squeeze and extra 1/10th out of the car to stay ahead of… Read more »