Lewis Hamilton secures pole position for the Singapore Grand Prix on Sunday beating his teammate, Nico Rosberg, by just 7/1000 of a second.

The tires seemed to be the real challenging element in qualifying and practice and could play a key role in Sunday’s race which is traditionally one of the longest races on the calendar.

The qualifying session was exciting if for no other reason because the Mercedes seemed to be legitimately under some pressure with Red Bull’s Daniel Ricciardo just a little over a tenth off of the Mercedes duo.

Ferrari’s Fernando Alonso even showed some competitive pace finishing just a shade over two tenths off the Mercedes pole sitter. Alonso says that degradation was massive on Friday’s practice so look for some creative tire-saving runs and strategy from the teams.

Red Bull’s Christian Horner reckons that Mercedes hasn’t had the smoothest of weekends and the race has produced a safety car every year it’s been ran so all of this could combine to see an interesting race. 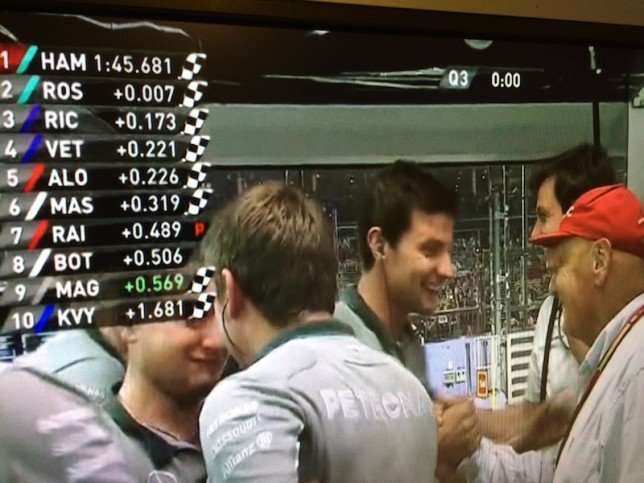