The first test is always a bit of a nail-biter but this year the pressure is really on with the new V6 turbo engine, ERS and aerodynamic regulations. The 2014 testing season got off to a rocky start today with Mercedes AMG Petronas driver Lewis Hamilton crashing his new MW05 after experiencing a front wing failure.

Witnesses said the front wing appeared to come off and lodge under the nose of Hamilton’s car which renders steering input as negligible sending the 29-year-old British champion into the tire barrier. Hamilton emerged from the car unhurt and returned to the paddock saying:

“It’s unfortunate to end the day early when everyone has worked so hard,” said the 29-year-old Englishman.

“But we’ll make that track time back and it’s better to have these things happen now than in Melbourne.”

“The car feels quite good, especially considering it’s so early in our programme. Overall it’s been a positive day.”

The team certainly had a good start to testing putting in the most laps on the day but the crash has the engineers looking at the front wing and in particular Nico Rosberg’s MW05. 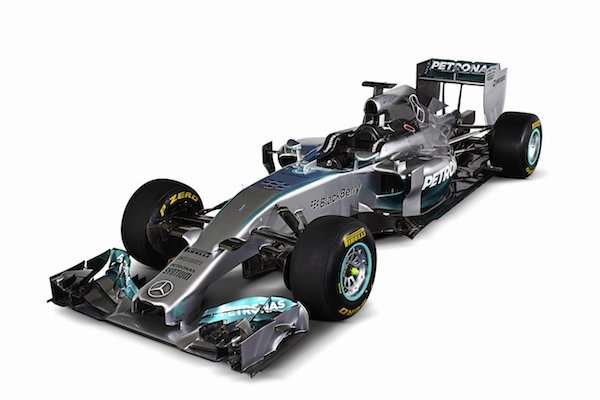