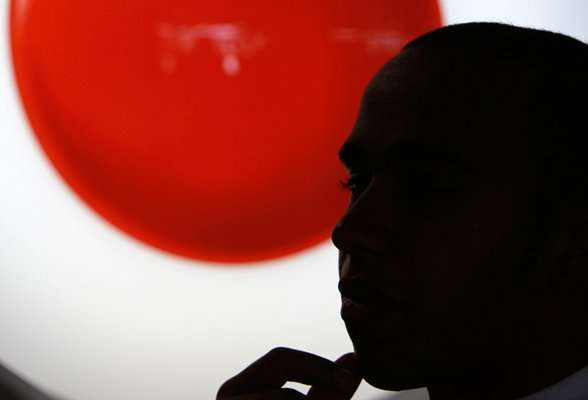 To rue a fourth-place finish in the F1 world championship is a bit odd for a driver but then again, many drivers aren’t Lewis Hamilton. The young British driver finished fourth in the World Driver’s Championship in 2010 and told BBC Radio One that personal issues may have played a role.

“The personal life, the way things have gone have not been as smooth and as happy as they could have been in the past and to do what I do is a combination of many, many things that are surrounding you,” Hamilton explained. “It’s not just arriving at the race track and driving, it’s your appearances, it’s your mood swings, it’s the people that are around you – your family and your friends – and the time that you are able to give to them and the relationship that you have with them.

Hamilton faced a difficult personal challenge this year when he decided to part ways with his manager which happened to be his father, Anthony Hamilton. The choice was no doubt difficult as his father had orchestrated the young man’s entire career but it is something we’ve suggested needed to happen for the last two years. While I have no doubt that Anthony Hamilton is a nice guy and good father, many of the decisions made regarding his son’s career and PR were junior league at best and exposed Lewis to serious criticism and situations he may have otherwise avoided. It’s often possible to be too close to the issue to be effective and with the lack of management acumen in such a high-stake forum F1; Anthony displayed the serious short comings of a pie-eyed stage dad.

Lewis Hamilton has always struck me as a genuine guy who now finds himself being pulled in all directions by just about everyone who hopes to gain from his association. Very few people are interested in the young man who is simply Lewis. I actually really like the young man that is Lewis. He has so many qualities as a person and as a driver and it is a real shame he has had to learnt he hard way. He’s had to face some of life’s more terse moments.

He’s not alone as life usually does force us to face the sweet poison of the false infinite and make decisions to assuage the accountability we’d rather not have. Germany’s Sebastian Vettel has fallen from charming, lovable wunderkind to finger-wagging brat who threw the toys from the pram on a few occasions this year. The harsh light of F1 pressure, stress, and media exposure has exposed the shedding façade of child-to-man just the same as it did for Lewis Hamilton in 2007 and 2008.

Politically F1 is a viper’s sport populated by men, women and organizations who dine on the timid and ill-prepared. It is no sport for the young and innocent and consumes even the most charming of demeanors. This would be of little consequence if the average age of the new-era F1 driver were not in the 20’s with this years champion a mere 23-years of age. One can see the pressure and the change it has exacted on Vettel, Hamilton and even Scuderia Toro Ross’s Jaime Alguersuari who started the sport at 19-years-old.

For those reasons I don’t see Lewis Hamilton’s comments as an excuse. It is a reality of the world he lives in now and managing these shark-infested waters is not easy. To be honest, this is where McLaren’s Ron Dennis, Martin Whitmarsh and Matt Bishop could really be a huge help to Lewis. They are veterans and know the pitfalls. They know where the bodies are buried and where to hide the silverware. Lewis is maturing and while you can’t prevent that from happening, you can help the process in giving him stability and wisdom.

It is something I am sure McLaren are offering and while Hamilton needs no excuse for his performance, I would argue his car was more of a factor than his head. The young man is 11/10’s and clawed performances from the 2010 car that the current world driver’s champion and teammate Jenson Button couldn’t produce. He’s not shy on talent but if he needs help ironing out the wrinkle of his personal life, perhaps McLaren could be more of a help than a hindrance. My hunch is that McLaren are mildly pleased with the lack Anthony Hamilton’s pit lane presence and maybe that is the real crux of the consternation Lewis feels.