Honda Will Not Save Super Aguri 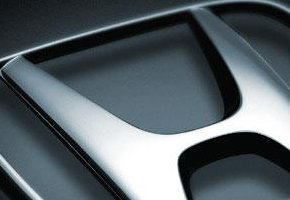 It was announced earlier this week that the Magma Acquisition of Super Aguri F1 had fallen through.


With this news, speculation has surrounded the team leaving many to suggest that Super Aguri may not attend the coming Grand Prix in Spain.Â  Although the trucks did leave their UK-based operation on time.Â  Others have suggested, an confirmed by official statement from Super Aguri, that there are a few other opportunities in the works but time is of the essence.Â  The most recent being a German and American interest in the team.

All being well and good, I am perplexed by Hondaâ€™s announcement today that they have not been approached for financial support nor are they intending on bailing Super Aguri out financially.

“We intend to continue the present structure of our support for Super Aguri,” a spokesman for Honda told AFP

I recall some time ago when Takuma Sato was being replaced by Ruben Barrichello how the Japanese fans reacted.Â  Understandably this was their F1 hero and much was made about creating a team that Sato could lead.Â  There was much hype from Japanese sponsors and the money was surely to be there in the form of support.Â  Honda, feeling sheepish about dumping Sato and offering an alternative to appease fans, decided this was a great idea as things were heading toward a customer car situation with Dave Richards ProDrive and Toro Rosso.Â  Now Honda could have a development team with their very own Japanese driver and Japanese hero in Suzuki Aguri.

Sadly, the sponsor money apparently never developed, Magma got cold feet and Honda is now willing to throw Sato and Aguri under the bus.Â  I can only assume that with the customer car option having fallen from grace and the fan-love over Sato having faded that it is as good a time as any for Honda to officially get out from underneath the money vacuum that has become Super Aguri.Â  There is no further reason to continue to hand over cash to an operation that is not going to exist in a few months when Honda has their own problems with an ill-performing works car.Â  It would be time to relieve the manufacturer of this very expensive, failed opportunity.

If it is true that there are two other options for Super Aguri to be acquired relatively quickly, I am a tad irritated at Hondaâ€™s unwilling nature to help Suzuki Aguri close the sale of his team by financially backing them until the deal can be struck.Â  Maybe even helping them make the deal by sweetening the pot with some 2009 engine supplier agreements.

In the grand scheme perhaps F1 doesnâ€™t need Super Aguri and I am sure that Suzuki Aguri doesnâ€™t need F1 (not so sure about Sato).Â  I am not so sure that this churning of also-ranâ€™s is really getting the sport anywhere.Â  Super Aguri and red Bull are the last of the privateers.Â  The last of a dying breed and yet there are no other manufacturerâ€™s willing to enter the sport due to expense or other reasons (Porsche/VW/Audi come to mind).

So where is F1 heading if they cannot lure manufacturerâ€™s and cannot keep privateers afloat?Â  Perhaps the machine that brought Max Mosley and Bernie Ecclestone so much success and F1 so much revenue is coming to an end?Â  Perhaps Mr. E needs to work his magic and re-think the structure of the sport he helped grow.Â  A sport where capital investment does have an ROI but also yields a competitive and dynamic spirit in which to grow a brand, team or even owner as well as create entertaining racing.Â  Just a suggestion. Â