In case you were wondering, Michael ‘let’ Nico pass 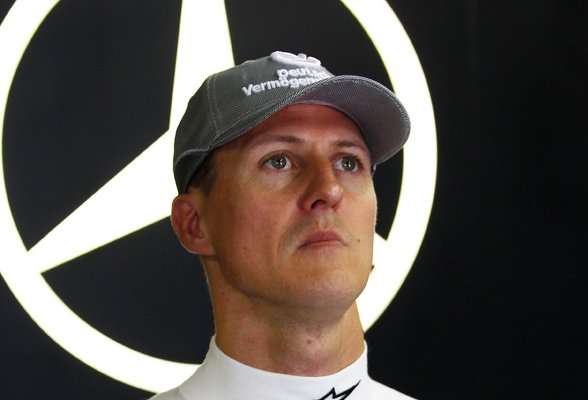 How come I’m not seeing any team order charges being leveled at Mercedes?

In his post-race comments on his official website, Michael Schumacher not once but twice stresses that he allowed a fresh-tired Nico Rosberg go by him, as he — Michael — was worn-tired.

Here he is, in his own (translated) words:

“I had quite a good start to today’s race actually, gaining 2 positions which unfortunately I kind of directly lost again following my exit on the grass because of the fight with Kubica. We then could go a good pace but my pit stop was maybe a bit early which made me end up being stuck behind Sutil. In the end, when Nico was on fresh tyres, I let him pass as I was on old ones and he would have been the one of us to maybe have a chance to fight Button in front of us. I look forward to Abu Dhabi now where I hope to have another encouraging race.”

OK… so did anyone think Nico really was able to get by Michael that easily? No way, man, Michael is too macho for that!

Two things, though, I think worth considering:

1. Why the need to emphasize twice that he let Nico by because of the fresh tires? Trying to tamp down any rumors before they get started?

2. Really, how much does that differ from a classic “team order” incident? If this weekend Sebastian Vettel sees that Mark Webber is right before him and Fernando Alonso is sitting in third, would it absolutely, 100% for sure be a team order move if he let Mark go on to claim the victory? Is it not just what team mates do when push, finally, comes to shove?

3. OK, so a third thing: How awesome is it that it would be Michael Schumacher who would do something to raise these questions? Is that irony?