Indycar: Fan on the inside

I’ve told my story before, about how I was born into a house of not only serious racing fans, but parents who were both former racers in their own right. So needless to say, I was pretty much a racing fan myself before I even took my first breath. Fandom was pretty much inevitable. As a six year old, I met my first ‘real’ racing driver, my namesake A.J. Foyt, as he signed autographs in a Houston mall just after winning his fourth Indy 500. Almost twenty years later, I met my first former F1 driver at a Texas World Speedway IMSA race. On the way home, I had to stop at an out of the way gas station pay phone just so I could call my mother to say, “Guess who I just met!!!! Michele Alboreto!!” Her response? “YOU’RE KIDDING ME!” 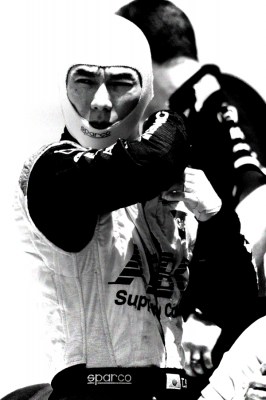 Now, on the 42nd anniversary of the year in which Al Unser, Sr. took his second win at Indianapolis, I find myself in a position in which, as a lifelong fan of the sport, sometimes doesn’t even seem real. It’s more like a fanboy’s fantasy. But, just a couple of weeks ago, I found myself once again driving into the infield media center at Texas Motor Speedway for this year’s running of the IndyCar Series Firestone 550.

While carrying my armfull of ‘journo paraphernalia’ (see computer, camera bag and sunscreen!), one of the first sites I came across in the paddock was the beautiful blue 2014 Corvette Stingray pacecar. As I approached the gleaming projectile, the driver door opened and out popped the man who finished 18th in that same Indy 500 which celebrated its 42 birthday this year, Ft. Worth’s own Johnny Rutherford.

Now this particular moment epitomized pretty much the entirety of my weekend. The man in the F1B shirt walks up to the three time Indy winner, puts his hand out and says something along the lines of, “Hello, Johnny. So how do you like the new pace car?” It’s almost as if I belong there and “Lonestar J.R.” and I are old friends. Well, I have known him literally for as long as I can remember. He met me once a couple of years ago and I’m sure that he doesn’t recall that moment. Still, the fanboy hiding behind the professional persona is giddy with the same excitement that he gets every time he meets such a ‘historical’ figure.

Later on Friday afternoon, Marco, Michael and Mario Andretti are all brought into the TMS media center for a special presentation. A local restaurateur has named a sub sandwich after each driver and presents each with one to try out in front of the gathered writers and photographers. As it’s literally just moments before first practice, Marco and his team owning father each take a bite, say thanks and head out to the pit lane. But it is announced that Mario will be staying for an extra five minutes and will be taking some questions. 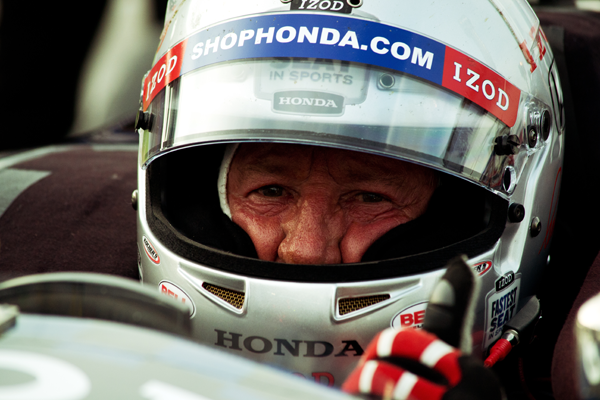 I’ve always regarded the man as the greatest all around driver ever, a winner in so many various forms of vehicle, but nearly forty minutes later, Mario Andretti had pretty much turned into my favorite person involved with the entire history of motorsport. With just a small handful of journalists standing in a semicircle around him, all within arm’s length , the 1978 World Driver’s Champion was cheerful, eloquent and informative, answering questions with much longer and in depth answers than any of us could have asked for.

Shortly after Super Mario was finally convinced by some of the TMS staff that he was needed elsewhere, it was announced that Ward Burton, veteran of 161 NASCAR Cup races, would be giving rides around the track to journalists. On hand for his son’s participation in that evening’s Camping World Truck Series event, a support race of sorts for Saturday night’s IndyCar race, the 2002 Daytona 500 winner would be piloting the series’ Chevy Silverado pacetruck around the 1.5 mile high banked oval.

Ward found it fairly humorous that one of his first truckloads would be comprised of one journo writing for an F1 blog, another for an IndyCar blog and a third, a Briton, a writer for Autosport. From the shotgun position, I listened attentively as Ward described the various transitions and racing lanes through each of the track’s four corners. Mr. Professional journalist (i.e. me) discussed the similarities and differences in how the Cup cars and IndyCars handled the corners. Fanboy (i.e. also me) couldn’t wait until the ride was over so that he could shout to the world via Facebook what an amazing experience he had just experienced! 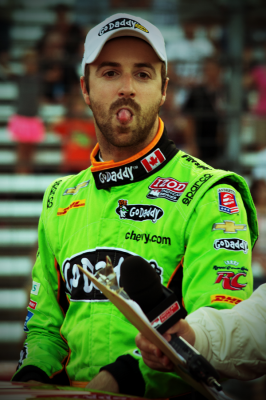 As a fan of the sport in a past life, I cannot tell you how many countless hours I have lapped race weekend paddocks just for an opportunity to have this book or that poster autographed by this driver or that team owner. And now, as a journalist and photographer covering the sport from the inside, I spend countless hours lapping those same race weekend paddocks, but now I have to appear as though I’m not having the absolute time of my life. But even if I am now on the inside, I’m still a fan on the inside.