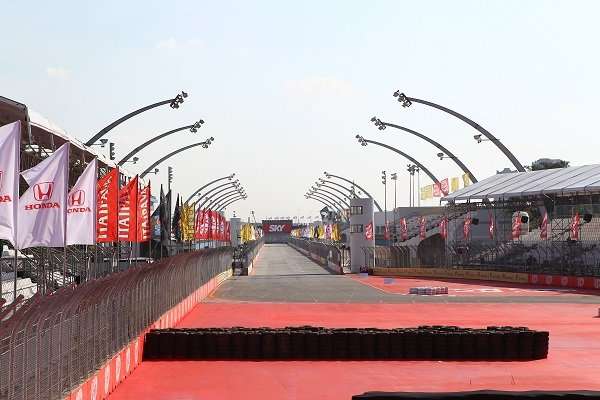 IndyCar has filed a lawsuit against Grupo Bandeirantes, the promoter of the now cancelled Sao Paulo Indy 300.

According to Anthony Schoettle of the Indianapolis Business Journal, the Sanctioning Body is seeking around $10 million dollars in sanctioning fees from the promoter.

The initial contract with Grupo Bandeirantes was inked in 2009 to hold the race in São Paulo through 2014, and it was later extended to 2019.

Schoettle writes that the race’s 2014 running was cancelled due to construction and road closures where the race was held. However, IndyCar is arguing that Grupo Bandeirantes was contractually obligated to find an alternative circuit and location if the Sao Paulo circuit could not be used. Sao Paulo mayor Fernando Haddad was the one who wrote to the promoter that the race could not be held at its current layout but could be held on an altered course or a different location.

Schoettle also noted that Hulman and Co CEO Mark Miles has also stated that he is hopeful IndyCar can return to Brazil for 2015, which may be apart of the proposed international leg to begin the 2015 season. The race attracted a great following and with two of the series most popular drivers Helio Castroneves and Tony Kanaan being from Brazil, going to Brazil is a viable international option for IndyCar.

The Sao Paulo Indy 300 was run from 2010-13 and the final running produced a great fight to the finish betweeen Takuma Sato, Josef Newgarden and James Hinchcliffe with Hinchcliffe making a bold move on the final corner of the race to take the win.