While the chassis for the Verizon IndyCar Series, the Dallara IR-12, aka DW12, will remain unchanged for 2018, there’s been substantial movement on improving the outward appearance and efficiency of the body work that sits on that chassis. For the past couple of seasons, Honda and Chevrolet have been permitted to construct their own aero kits, resulting in not just a visual differentiation, but also a differentiation in performance. The engineering geek that lurks in most motorsport fans applauded this and wanted even more latitude in design to be given to the teams, but that design freedom comes with a price. The teams as well as the manufacturers have not been especially pleased about the increased cost associated with the freedom of design and development for the aerodynamics of the DW12. The engine manufacturers, rightly so, want to focus on their engine development, but they’ve been forced into a situation where they have to split their attentions and their resources between the engine and the aero kit.

For 2018, INDYCAR and Dallara are introducing a revised universal aero kit incorporating lessons from the past five years. The major changes that stand out to my eyes are the swept front wing, which really is more of a cosmetic adjustment than a performance-based change. Gone is the huge air box over the engine cowling, reverting instead to a roll hoop and a low-profile cowling that many expected with the return to a turbo-charged engine platform. The other element notable for its absence is the rear wheel guards. The original intent was to minimize the affect on a leading car being clipped by a trailing car. In the past, the front wing of a trailing car frequently cut down the rear tire of a leading car when there was contact, effectively penalizing the leading car by forcing them into the pits. The rear guards did eliminate the cut tire risk, but it did not eliminate the need to visit the pits after being struck in the rear. Instead of simply changing a tire, the team was forced to change the entire rear wing assembly which requires significantly more time. This omission is a welcome one, and it greatly improves the aesthetics of the car. 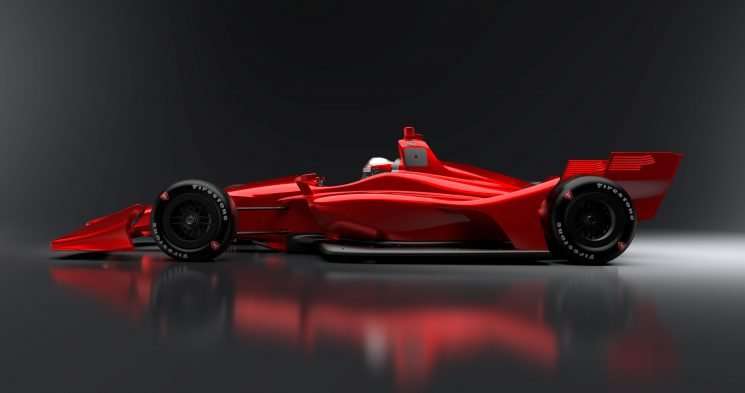 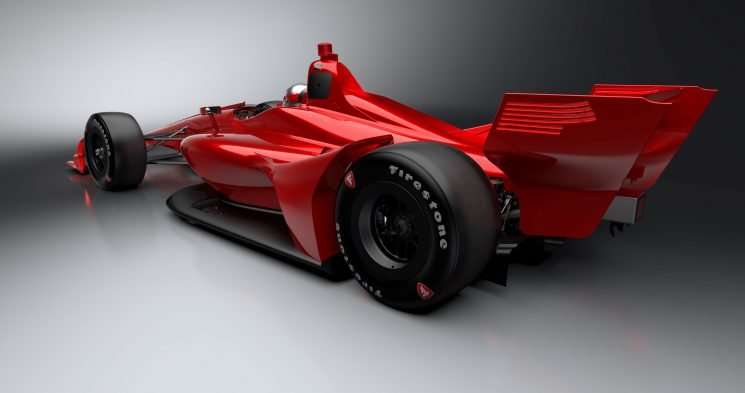 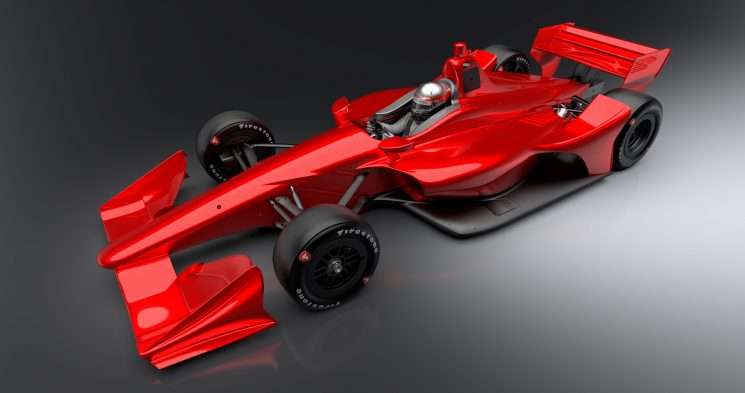 The newest images give more definition to the sleek and bold look of the universal aerodynamic bodywork kit that will fit to the current Dallara IR-12 chassis in 2018. The supplier of the universal kit has yet to be finalized, but it has been reverse-designed to start with a look of past Indy car favorites while also incorporating the latest technological and safety advancements.

INDYCAR, sanctioning body for the premier North American open-wheel racing series, is on target to begin testing the car by mid-summer. Verizon IndyCar Series teams will still choose between Chevrolet and Honda engines for competition in 2018. As with the current aero kits provided by Chevrolet and Honda through the end of this season, the universal car will come in two configurations: one for superspeedway ovals and the other for street courses, road courses and short ovals.