The Verizon IndyCar Series’ return to Gateway saw a strong crowd size pack into the St. Louis venue to see open-wheel racing return. A slightly frustrating start occurred in both IndyCar and Indy Lights with a lack of grip from the new surface on cold tires causing issues. Besides that though, it wasn’t a bad race for IndyCar’s return. I’d hoped for a bit more on track overtaking, but Penske’s strength influenced that. Overall though Indycars return was a success and plenty of drama occurred across the pack, even if it wasn’t in terms of overtaking action.

Will Power
Powers championship challenge out of Pocono looked strong, but on lap one of race getting underway, Will Power spun and made hard contact with the wall. The accident caused Ed Carpenter to spin, hit Takuma Sato and fly over the top of Powers car. All the drivers were unharmed despite the scary accident but Power’s championship challenge with a DNF with only two rounds to go to the end of the season is now severely at risk. 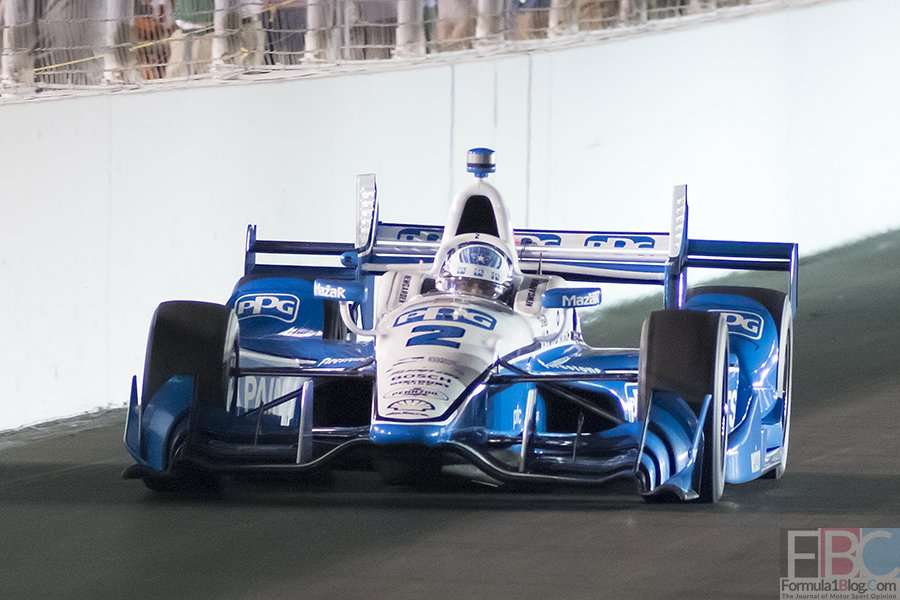 The final caution for Ryan Hunter-Reay scrubbing the wall in Turn 4 caused a rush to the pits, the assumption was based on the race up until that point, that whoever led out of the pits was likely to take the win, unless challenged immediately on the restart as overtaking was at a premium for the event beyond the immediate restart laps.

So Pagenaud got the lead in the pits with a fantastic stop, getting out just ahead of Penske teammate Newgarden. On the actual restart, Newgarden tried and didn’t make it past his teammate. It wasn’t over though, some momentum by Newgarden, got him alongside the Penske of Pagenaud into Turn 1. Newgarden went low, nudging the Penske of Pagenaud up the circuit to complete a very robust overtake on an oval.

Pagenaud didn’t hit the wall but he did lose a lot of momentum and importantly in championship terms, relinquished second to Scott Dixon. When asked after the race, Newgarden responded that he didn’t mean to nudge Pagenaud, Pagenaud’s response was that he had nothing nice to say so wouldn’t say anything.

It is an interesting dynamic for Penske. The team has always let its drivers race one another, and it isn’t the first time we’ve seen a ‘nudge’ like this on an oval. JPM against Will Power at Pocono previously comes to mind. Does Penske continue to let its drivers to race each other, if emotions flare like this though? It is going to be an interesting few weeks. 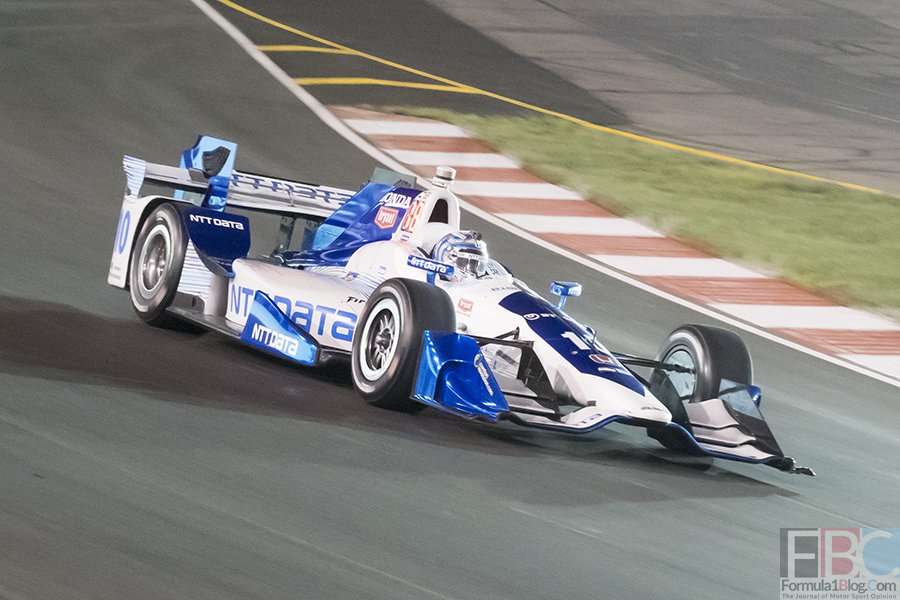 Tony Kanaan lost the car on the warm up lap, resulting in contact to the rear of the car, putting him three laps down on the competition from the off. Meanwhile Max Chilton’s race wouldn’t go to plan either. Things got worse however when Ganassi asked its drivers to park their cars mid race. Chilton sounded very animated on the radio to the team, asking why he should park a car, that they can collect data on. When asked by TV after the event, Kanaan replied ‘ask Chip’. With mounting rumours that Kanaan and Chilton are out at Ganassi at the end of the season, last night may well have been a significant point in highlighting the breakdown in that relationship. 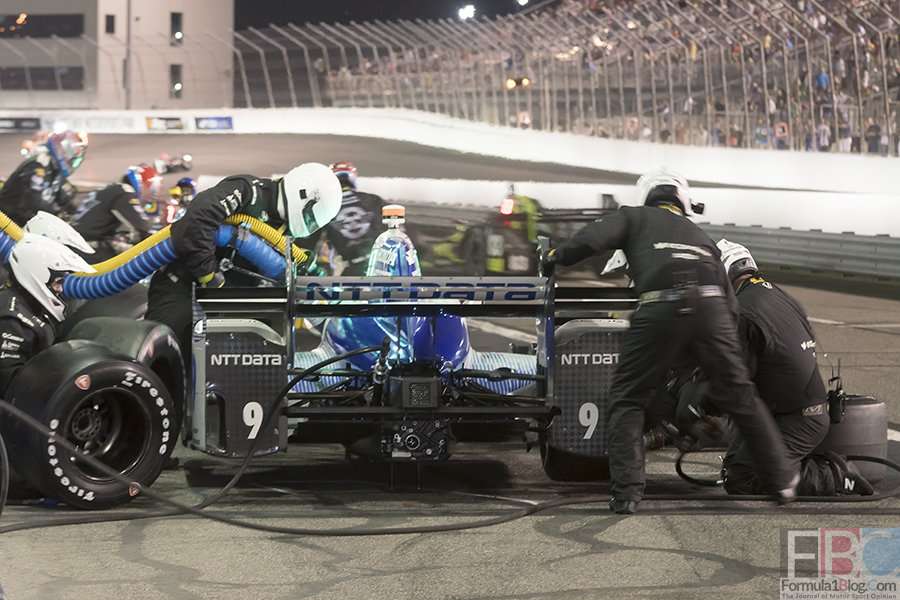 Meanwhile, Scott Dixon had a strong evening under the lights at Gateway, finishing second ahead of Simon Pagenaud. I’m wondering if part of the Ganassi frustration is that Penske has four cars up in the top 6 consistently across the season, and since Dario Franchitti’s retirement, Ganassi has had Dixon up front and the other three drivers bringing in mixed performances.

A good evening for AJ Foyt racing
Foyt had a very good evening, Conor Daly and Carlos Munoz finally having smiles on their faces after a tough year for the AJ Foyt Enterprises team. Daly came home fifth and Munoz ninth. Besides a controversial block by Kimball on Daly, which got Daly animated on the radio, and an odd non-call from IndyCar on that move it was a strong and consistent night for the team.